Hi everyone!
Today I want to announce a new type of skin for Petal that I made. 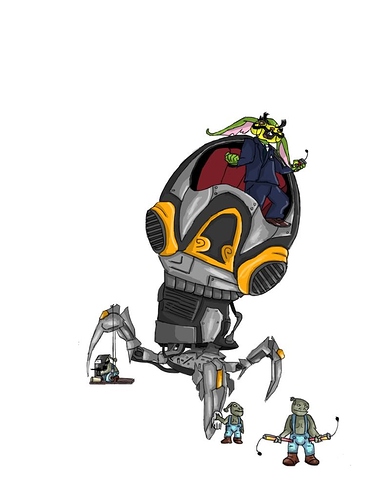 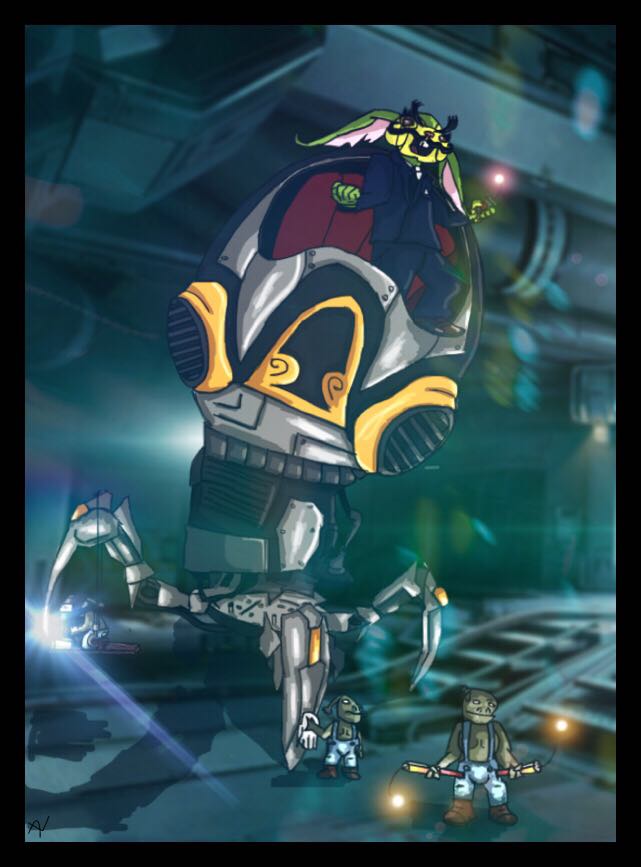 I wanted to make a parody of the basic concept of Petal by giving her an evil aura and changing the gigantic plant into a robot called “Aracmech”.

If you missed my previous topic, go check it:

“Move that scrap out of the way!”
A mechanical arm grabs the metal carcass of an high-tech armor and moves it along the laboratory floor, creating a deafening noise.

“Very well, the upgrade to the Aracmech has been completed.”
Big robotic legs make their way through electric cables and burned metal pieces. At the top end of the mechanical spider stands a throne-like structure from which Petal’s little head emerges, laughing with an evil tone.
"Muahahaha! The components of Baron’s old armor were vital to the enhancement of my machine. Great job, my fellas.”

The three little servants look at their evil leader from below and applaud, emitting strange verses.

“Finally I will be able to finish my plan … With such a powerful weapon nobody will stop me and while everyone will fall at my feet, they will see their Sovereign’s Rise burn. Everyone will know how much Petal can be evil.” Mhuahahaha! "
The mustaches and eyebrows of the little creature swing like waves of a stormy sea.

A remote control with a big red button in the middle slides from a pocket in Petal’s jacket. One of the three servants take it from the ground and looks at it curiously. Petal notices too late what was happening.

The little monster presses the button. Small lights placed above the devices hold by the servant next to him start to flash and emit a sound, which gradually becomes faster, like a bomb. The little boy explodes in a “boom” , making the laboratory shake and causing thick smoke.

Petal coughs and shakes the small arms, trying to circulate the air.
"How many times have I told you to do not press it? Always the same story. I can’t spend my days buying you lab clothes. Money doesn’t grow on trees. "

After scolding his subordinate, he presses a button on the Aracmech’s control panel. On the floor metal plates open in a spiral, and from the hole emerges a pedestal on which is resting a runt similar to the blown up one. A servant near gives him the mechanic overalls and shoes.

“Come on now! Open the main door.”
A huge exit is created in front of Petal and his henchmen, amid noises, sparks and vapors. The deadly machine advances with heavy and powerful steps. A new threat is about to unleash itself on the battlefield.
The Super Evil Petal.
“Mhuahahahaha!”

but this is pretty badass lel

tbh the name is inspired to the SEMC but I didn’t want to make a parody of the company. I thought something more like a “mascotte”, and I thought Petal would be a nice exploitable model.
Thnx for the comment, appreciate it.