Hi everyone!
I’m new in this community forum and I’d like to show you some of my ideas.
I’m not a good sketcher, I know. But I think the concept and the style of my skins are clear enough. Let me know what do you think about

I’ll post a new skin every day for 5 days. 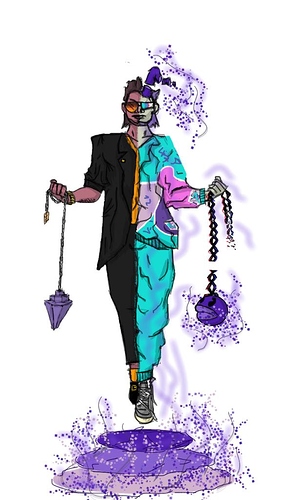 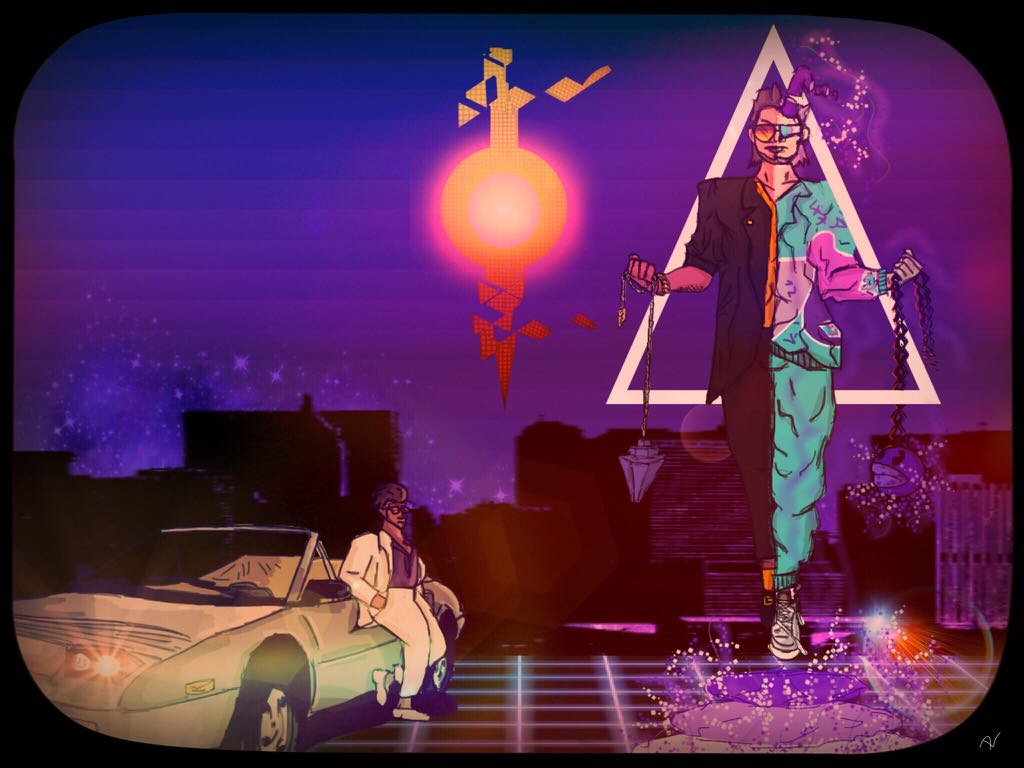 Obviously, the concept and the atmosphere are inspired to the Aesthetic-Vaporwave vibes.

And now here’s the alternative lore:

The old open-top car rushes through the streets of the city at sunset. The artificial lights illuminate skyscrapers and sidewalks. The hair and clothes of the two plainclothes cops are shaking by the wind caused by high speed.

“How do you think to convince him this time?”
The guy on the passenger seat tries to light a cigarette, covering the flame with his hand.

“I have no idea, but somehow I will succeed.”
Reza is at the wheel and stares straight ahead of him, the lenses of his glasses reflect the dying light of the sun.

"Are you going to use that things?”
From the rearview mirror, the policeman sees his crystals, with the chains ringing and banging against the skin of the rear seats.
"I doubt it, but for safety it’s better to take them with me.”

The car stops in front of a traffic light. The sky between buildings is colored in various shades of red and blue. Reza puts his arm out of the door and his gold watch comes out the sleeve. He puts his head back and drops it on the headrest, looking thoughtful.

“I see you strange, are you all right?”
The colleague turns to him, taking a shot of his cigarette.

"I was analyzing the latest findings made on the case. I’m getting more convinced that it may not have been his fault.”
“Are you serious? We have testimonies from the survivors of that factory. Did you forget the traces at the crime scene?”
“That dark matter can be found in any black market in the city, it may have been stuck.”
“From who?”
“That’s what I want to find out from him.”

The green light of the traffic light comes on, the car starts again and takes the ring road.
After a few minutes, the two cops arrive in the suburbs, away from the noise of city traffic.
Reza get of the car. With the chains in his hands, he stops to look at the illuminated skyline. Neon lights and the sky create a strange, surreal atmosphere. His colleague stays next to the car, leaning on the car door.

“You are late”.
A young man hooded in black emerges from the shadows. The two turn around.

“My bad. You have to come with us to the station. We need talk about what happened at the factory."
“It was not me.”
“Prove it.”
The cop stands still and stares at him.

The boy suddenly feels bad, makes a grimace of pain, then he returns to normal, as if nothing had happened.
“Many years of service have stunned you, Fire Wizard. You forgot to take care of your baby.”
His expression transmits malice, his hands emanate dark energy.

Reza understands everything. He takes off his sunglasses.
"Do you want to find a guilty man? Look in the mirror. Since you left the boy, dark power took care of him, and the Great Fate was so proud of his result that he couldn’t forgo him . "
The boy’s voice has an evil tone, possessed.

The second cop keeps his hand on his gun and doesn’t take his eyes off him.
"Samuel, come back to you, you don’t want to lose control. Fight back.
“Prepare YOURSELF to fight!”

The boy takes a pair of darts out of his pocket and throws them at the policeman. One of the crystals hits them, making them shattered.

Reza’s body floats a few inches from the ground. A purple fire wraps around the magician’s feet, hands and weapons. A pair of devil horns grows on the head of Reza. Now, with a look of fire, he awaits his opponent’s next attack.
“Do not make me react, Samuel, or you’ll regret it.”