Hello everyone!
Today I want to share with you my Ozo Skin Concept, probably my favourite in style and lore. My idea was to set Ozo many years in the future, so now he’s old, with a warrior armor and a mysterious power that took control of his mind. I spent so much time to make the details and I’m a bit proud of what I’ve done. Let me know what do you think 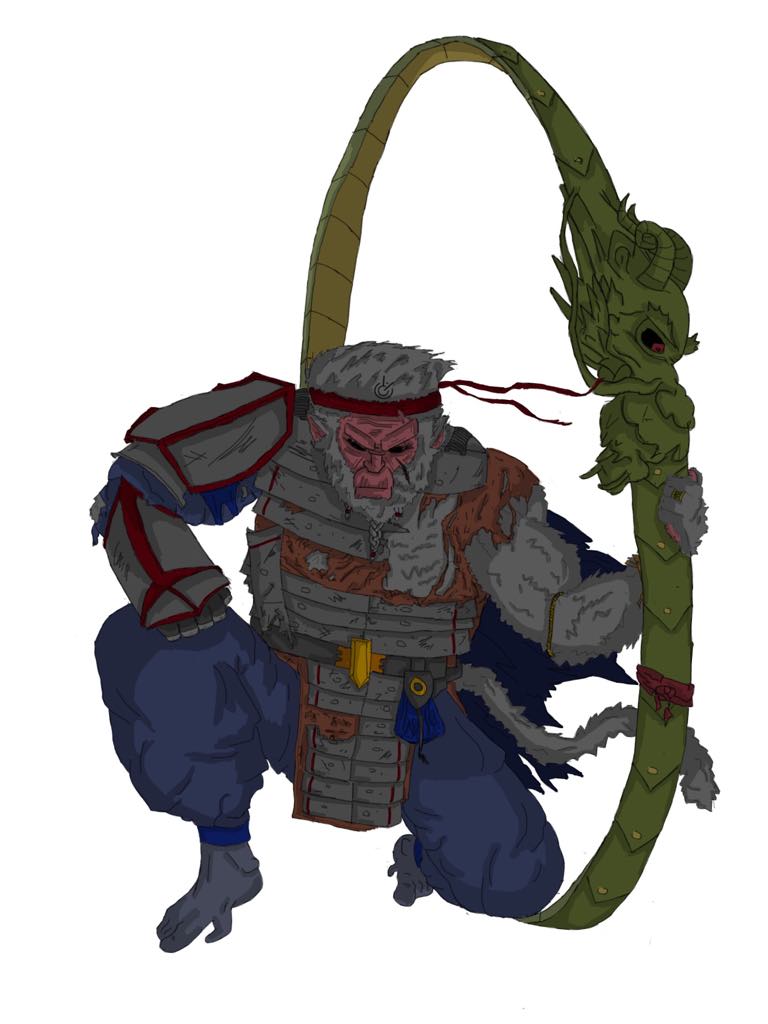 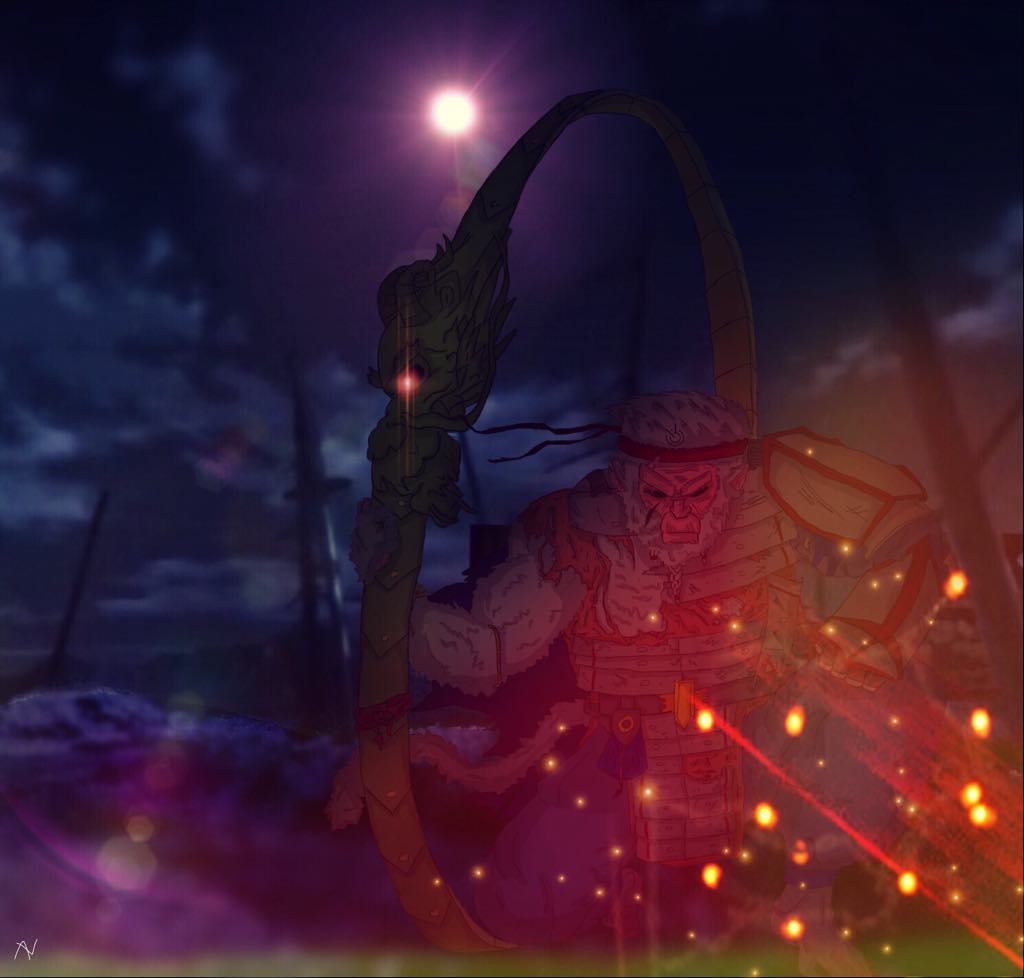 If you missed my previous topics, go check them:

The circus is closed. The village is destroyed. Few things lasted after the last fight. Rivers of fiery arrows lit up the night of death, spears and swords broke against the barren land. The wind now breaks the silence of the souls, wandering in search of redemption.

The thick grey fur of the fallen warrior sways and shows the remains of an old beast, tired and still. Sitting on the cold ground, Ozo meditates on his past, now too far to remember the details.

The circus school had welcomed him as a prince, able to exceed everyone’s expectations.
“Keep up, if you can!" always said the young monkey, as he ate his mandarin hanging from a tree.
The snout, now marked by wrinkles and scars, remains silent.

The fame he obtained thanks to the shows had assured him a life of games and fun. Wherever he passed through the village, he received greetings and gifts of all kinds. It was the soul of the parties.
The lights and colours of that village have fallen into darkness. Houses and streets are deprived of much of the liveliness of those years.

Ozo refused the defeat. During the challenges against Koshka he once won, once he lost. He never managed to explain why.
"One day I’ll be stronger, and we’ll see if you can get it! I’ll train myself hard, I promise. "
Koshka …

Is it possible that a choice of life could have changed all this?
The desire to be faster, stronger, more determined, can push someone to change their destiny?
A promise made to ourselves is worth it, if it forces us to forget the promises made to our friends?

Of course, when Ozo looked into the eyes of the Wandering Spirit, he was not sure what he was doing either. But then the Great Fire entered him, and his mind could not help but succumb to that immense power. The price to pay seemed so insignificant to the naive acrobat. A year in the Tower of the Dragon, in the West, between the mountains.
But then the War came, and the spirit of Ozo changed. Swallowed by the power offered by the Spirit, the monkey’s heart became pitch black and the primitive fury of the animal broke loose as it had never done before. His robes and circle reflected the strength and tenacity of a tireless fighter, dominated by a spirit of fire. Everything that was next to it was burnt, with no way out.
Koshka …

The old Ozo returns to himself. His mind has traveled too far and has reopened wounds still warm. Leaning on his weapon, the only friend left of many battles, he kneels in front of a stone slab, barely lit by the rays of the moon.
“Forgive me, Koshka.”

I LOVE the concept! Makes ozo a badass

Nice, anything pro-Ozo is good.
It would be pretty entertaining if this skin was in the game because, like the other out-of-character really serious skins (T3 Rigo, T3 Celeste, Bakuto Phinn, etc.), he looks really serious but he still yells out all of his goofy voicelines.

one day with our support we would convince them to make these things come true. Changes are never bad if are good changes.