Post from Sonata (SEMC dev) regarding the current state of the matchmaker. Imo, the post is less enlightening than his responses to some of the questions and comments.

what a useless FAQ , i got nothing from reading the original post and comments
i discussed VST and MMR with a guy said they are one , i told him they are different , but he said semc made them one VST=MMR , now as you see sonata confirmed what i said !

I don’t like how he throw league in this, makes you look bad to say:“check this out, not only we got that problem! League got it too!!!”. One should be responsible for his own mistakes/game and don’t use others for excuse why he messed up.

What a pile of bullshit, every god damn time someone brings up the match making they use that vst vs mmr excuse without actually looking into the problem yeah i am sure my tier 5 teammates have a similar mmr to my tier 10 mmr. I also like how they’ve completely ignored the fact that getting matched as a solo into a trio in ranked is a very common thing and even getting matched into a full party as a solo is a thing all though much more rare but still happens. The thing is semc won’t fix the match making because they couldn’t care less about it. Even Sonata said that “they’ve started working on the match making a couple weeks ago”, STARTED A COUPLE WEEKS AGO when the match maker has been a mess since the very launch of 3.1. Shows how much veteran players satisfaction is a priority to them.

Yah, I think there’s some deliberate obfuscation going on in that post. We’ve always been told that there’s been a hidden MMR and a separate VST, which is displayed to the player. Now they are claiming there’s a second hidden value (Elo) that is what’s actually behind the hidden MMR that’s used to match players and which isn’t related to VST.

If that’s really how they have their matchmaker designed, I’m not surprised that they have trouble getting it to produce balanced matches. Moreover, how would a player ever be able to judge that a match was balanced?

By hiding not one but two factors that players don’t know, they can always claim that the matchmaking was actually better than it appeared because it’s based on things you can’t see.

What a load of 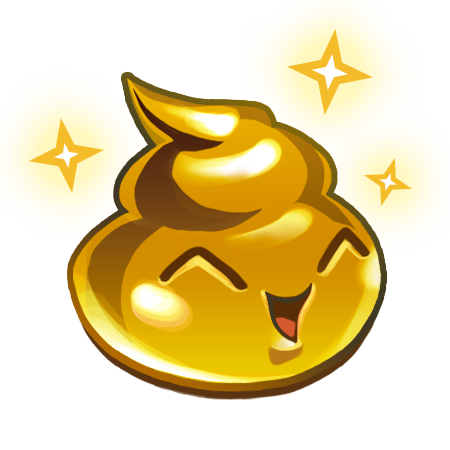 My guess as to why matchmaking is suffering? The player base is too small to consistently get enough players (as many as 10, in the case of 5v5) together at the same time for a quality match.

My guess as to why matchmaking is suffering? The player base is too small to consistently get enough players (as many as 10, in the case of 5v5) together at the same time for a quality match.

There can not be any other reason. Also to have 3 different values for skill judgement? Absurd, most likely they only have VST and MMR and most likely (if player - plays), they are not that far away.

I am sure that post is damage control and as you stated, there is deliberate obfuscation.

The 5vs5 blowed up big time and as they kept the original 3vs3, they kept the casual variation, they kept the fast modes - there are not enough players and with they recent actions (and more of the the lack of actions about serious problems, MM one of them), I am sure the player base slowly starts to decline.

They rushed the mode, it wasn’t ready for public reveal. They started to develop it lately when they saw the game slowing down and that people migrate to the build from the ground up 5vs5 games targeting also fast fun on the go, not to take the place of the PC in people homes. Money and patient from the investors got low and they were forced to release it unfinished… now they let go key members in a ton, can’t fix the problems (tied to the let goes) and even losing older hardcore players with destruction of grounding elements in VG like the lore and even the gameplay formula that we all loved in 3vs3 days (for reference there is a thread with a lot of good info about the current meta in the jungle for anyone interested - The Pros opinion on the current meta).

On top of that there are casino type of deals in tons nowdays, spin spin spin spiiiiinnn the wheeeeellll and ofc the shady things they did for money like the early access golden ticket thing.

I’m so tired of this. They don’t even try.

MMR and VST are seperate, i decayed to poa bronze and when i ranked i kept getting vgs.

I think sonata was talking about himself starting on matchmaking fix 2 weeks ago , I don’t know what his job in semc but I know he is/was talents balance dev from nivmett .

At this point I want a hard reset. I hate hard resets because I don’t play enough to climb fast…

Between the matchmaker and boosted players there can be no balance.

Bad games=death of the game, if continued…

A reset works for those active at the time and fucks those not. Maybe it’s the best option though.

I just lost a game at T6. Opposition had a T7 and T8 duo, that was their 3v rank though. So obviously for 5v they are started at T4 and then destroy games on their way up. How anyone can see that as fun or fair for the other participants bemuses me.

I can’t disagree with your statement regarding the harm this is doing and the potential result.

They already tried the “complete reset” option on 5vs5 release, and it was arguably the biggest clusterfuck in VG history.
It solves absolutely nothing, and compounds the exact problems you are currently complaining about.

How could a dysfunctional match-making process possibly improve by giving it no data to work with?

There was no reset on 5v5 release.

I dont think the problem can be solved honestly, we already know that there isnt alot of players spread across the ranks evenly and due to boosting, lower ranks some how makes its way up to the higher tiers.

If we actually got a major influx of players, it would probably fix itself unless the match maker is truely at fault

Honestly i dont like 3-5 man teams, To scale the later should be about individual skill and if you really deserve to go up, not by playing on a 3-5 team and reking soloquers.

My thoughts would be to only allow duos to be allowed, but ik all the players would complain. RIP

There was no reset on 5v5 release.

Actually, if you care to look through some of the older topics, you will notice that there was either a reset or no MM at all. Which amounts to the same thing, as the state after an actual, intentional reset is everyone being lumped together at the same tier.

The post I linked you to suggests Nivmett spoke of an intentional MMR reset, though I don’t know where. If you care to dig it up, please be my guest.

VST wasn’t reset so it doesn’t make sense to reset MMR. The post you showed doesn’t look like proof to me. It’s someone saying it not a dev. And speaking of devs SEMC gave said many times they would NEVER reset MMR because of what happened last time they did it. So it makes literally no sense to reset it for 5v5.

Uh… the VST displayed on 5vs5 release (the actual release, not the ranked release) was previous season 3vs3.
There wasn’t even 5vs5 ranks that could have been shown.

I meant the rank for 5v5 was based on 3v3 rank. And again many devs have said they would never do MMR reset. So why would they change that?

I meant the rank for 5v5 was based on 3v3 rank. And again many devs have said they would never do MMR reset. So why would they change that?

Sigh… okay. Yes, your initial 5vs5 VST and ranked MMR was calculated from a variety of factors, one of which was your 3vs3 (ranked) performance. One of the other factors was 5vs5 matches played previously. We’re talking about patch 3.0 or 3.1.

If 5vs5 match-making had been based on 3vs3 MMR upon release, we wouldn’t have gotten completely random matches. But it wasn’t. And we did. There’s really no point in discussing this further. It’s simply a fact.