I’m slightly surprised that nobody’s posted about it yet although not so much considering what’s happened this past patch, but regardless, the usual update content reveals are being rolled out now for 4.11, the first being the Lunar New Year skin, Lunar Warhawk. 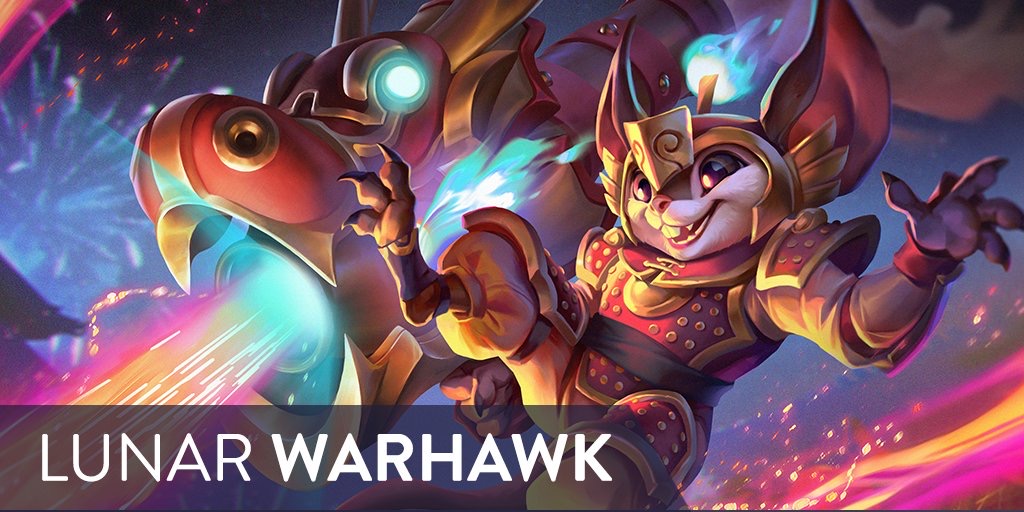 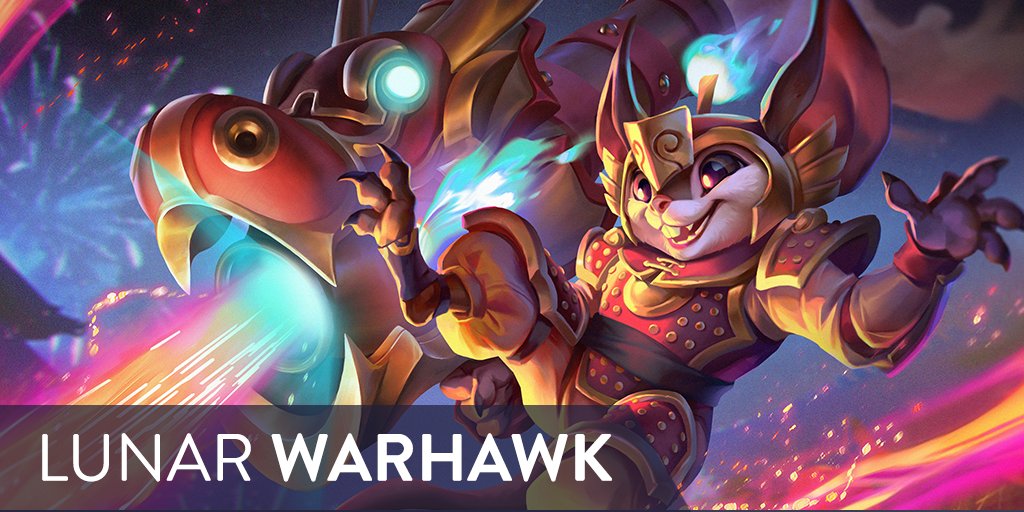 Only one skin reveal so far, I guess it’s little content to make a new post about so nobody’s posted yet.

Nice splash, hopefully the in game model follows up. 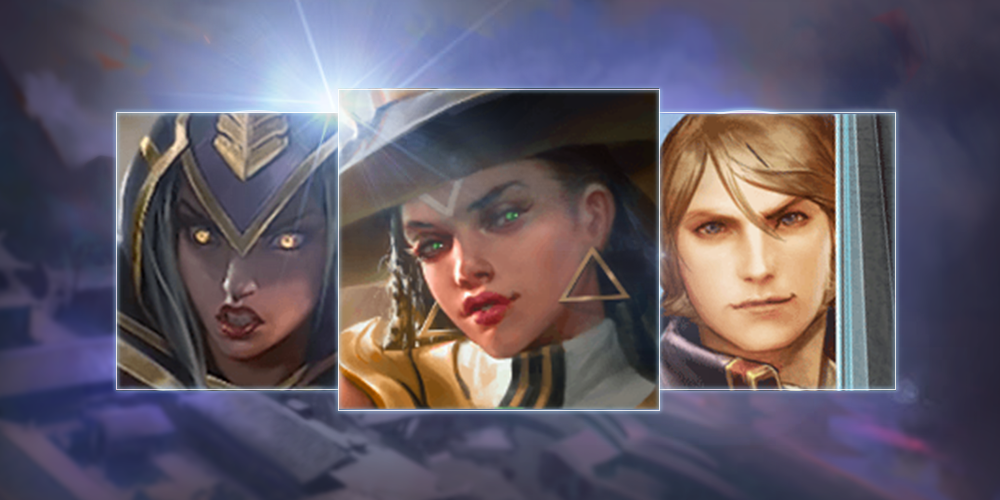 Time to get a . first look at the Balance changes coming in Vainglory Update 4.11! Get all the details here!

Well then…I’m just waiting to see what they end up doing with Karas, if anything at all.

One good thing I will say from the notes is that they seem to be willing to experiment a bit. That’s about all I can say, especially not seeing grumpjaw take any kind of nerf again.

I would love to see Koshka nerf.

Yeah she is pretty powerful compared to most people in her role. Few downsides to her too. I’d love to see the range of her stun reduced. I was really surprised at the tony buff. He does not have issues to me. Then again now that I think about it he did get a skin lol.

Well then…I’m just waiting to see what they end up doing with Karas, if anything at all.

Exactly. Not a word about him in the “hero and balance changes” notes … maybe they’re counting on the community having forgot about what they did …

Why the buff to Tony? And to BF? I feel like BF is strong enough. No buff to idris (WP)… again. Underwhelming? I don’t see this changing much honestly, other than the nerf to Vox.

Edit: @hazeleyes @TheInterpreter they said the rework would be announced in the update notes, not the balance ones (as if it was a new hero).

Why the buff to Tony?

Because he was mostly played as Tank jungler than any of his other paths. His DPS was low and his utility/tanky qualities was more valuable than everything else.

BF is another story. His WP is almost Idris WP level weak but they buffed CP agAiN

Rogue skipped those teeny one liners for hero changes which should’ve explained the questionable buffs. Also why are they treating Karas as a new hero release lol?

Because Onmyoji called and wanted their hero back, so they had to start over …

Is that a joke? For some moments I thought it was true lol

Rip Vox. Maybe a nerf was needed, but increasing his A cooldown is the worst they could do. SC tried it many times, and it always end up making Vox really weak. Well, things never change. Expect many updates of buffing Vox before they realize that giving that 3 seconds cooldown is the way.

CP BF buff… ok. I don’t understand, why would anyone buff CP BF instead of WP?

I agree Tony’s raw dps is lower compared to some heroes but then again I’ve always seen him as a hero that capitalizes on his constant stun/taunt combo and the basic effects on his A. Never had a problem with him as wp. In fact he’s one of the few wp heroes I like playing.

I find that if you build him to have raw damage with SB, SM, and the like, you might struggle, but if you build him with PS, BS, and BP, and toss some kinda cooldown item on him, he becomes a menace, with his constant stuns and taunt helping him build BP stacks relatively safely, and you can easily swap out that cooldown for anything to meet situational needs. He’s more item effects oriented and late game to me, as he doesn’t exactly benefit off his ratios. This makes him feel weak early game but once you have your core items on him, he can be devastating.

The ‘early game killers’ crowd seemingly has had undue influence on the game in general. I mean BF is another hero that is already strong as CP but just not early game and they give his CP side the buff? It makes me wonder. Then again I chalk it up to how most people play and build their heroes and the fact that there aren’t as many players left who really dig deep into the game to figure out the best build for their heroes. Most people just seem to follow the crowd when it comes to builds, and most people play a really rushed, kill players at any cost playstyle.

2 posts were split to a new topic: Karas Rework Leaked

I think they did make a good change here.

The fact is, tony (and pretty much all tanks rn) are not seeing play with damage items. The meta is pretty much 3 supports 2 carries. Now, they didn’t make the changes I think are needed to fix this systemically (probably need item changes for that), but giving more valid damage dealings builds really can’t hurt, and tony isn’t seeing much play in general. The tony buff imo is great.

That Gwen buff tho… what? Why? How?

By the way, they announce new hero Shin. What do you guys think?

Is he officially announced? Can you link to it? There’s a thread in #the-broken-pipe about him …