What’s your least played Hero, and why do you choose not to play them?

We’ve got a favorite heroes post, so who’s your least played?

After you’ve voted, how about some reasons why? Is it a nerf? Do you dislike their play style? Easy target?

Edit: wow thank you all for all the replies. This is really awesome.

Captain: lyra
Less heals
I dont like the new bulwark (because its basically an ardans ult , but with no stun
Carry: kestrel
Her A range is kinda useless because of the global range update.
There’s better choices:
Sustain-Ringo and vox
Burst: gwen or CP vox
Jungler: idris
-WP sucks for him right now (imo)

Used to like Baron a lot, but the slowness is kinda a huge burden now that Ozo can smack him. I am gonna go back and try to get myself good with carries like I used to with tablet so my Vox and Ringo are extra good again :^). Cap…I like all caps so no one. Jungle…hmmmm…I dunno ;-;

Ozo. Because it’s disgusting. The lifesteal. And I can’t do it like the enemey Ozos do it. I usually ban Ozo too. Not very productive but eh… That stupid monkey is just trouble for me.

Don’t talk sense with me. I hate ozo.

Phinn is always a sandsack to pile a stack and he needs really a big buff.
Petal is very squishy as jungler and her munnions with no slow are kinda weird now.
Varya is too slow in lane and she needs lil bit movement speed.

Rem is my least played
I don’t like his kit and can’t do anything with him
Some ppl doing good with him but, idk he’s just not for me

I generally am not great on ranged heroes, especially basic attack based ones - so that means Adagio is my weakest roam hero.

Carry is in general my weakest role (so good luck to me maintaining my rank in the lane centric 5v5…) Ringo particularly I am poor at.

Junglers I am basically equally good (or bad on) so I picked Idris because I never play him in the jungle.

Ew I’m not a Ugandan Knuckles normie
At least my qt Ozo is finally in a good, if not op, spot now. Everyone thought I was joking whenever I talked about Ozo being good before (ironically or not) but now imma try to be BestOzoNA

Roam: Roam adagio isn’t the best rn, but paired with a saw it can be pretty decent.
And I’ve also never played loreal so I voted her.

Carry: Tbh, every carry in that list is in a good spot, except kestrel. Jungle kestrel might be viable, but there are way better options like koshka, taka, grumpjaw, Glaive…
And unless you have a trustworthy and reliable roam who will get the flare loader and the scout thingy 2000 to help get rid of enemy cams and place your own, you’re gonna have a really tough time since once you get caught out it’s GG.
Wp kestrel would be good I guess, but i am yet to see a single kestrel, wp or CP in the 20ish games I’ve played so far.

Jungle: Joule and Grumpjaw are splitpushing Gods.
Idris is op, ozo has amazing sustain, reim is a good frontliner, taka is taka, Glaive is Glaive and koshka is koshka.
Rona has always been strong, just like Reza, Krul has really good ganking potential in the jungle and can solo objectives.
Idk much about alpha, but both her paths seem fairly strong.

Well that leaves patel, and I hate patel.
Delet patel.

Nononono you got the normies that literally yell “Do you know de wey” for no reason mixed with us, kiddo. You know we only use our memes with good timing

At least you’re not trynna be BestOzoSEA…

did you think that was a joke? I already have the ign ready 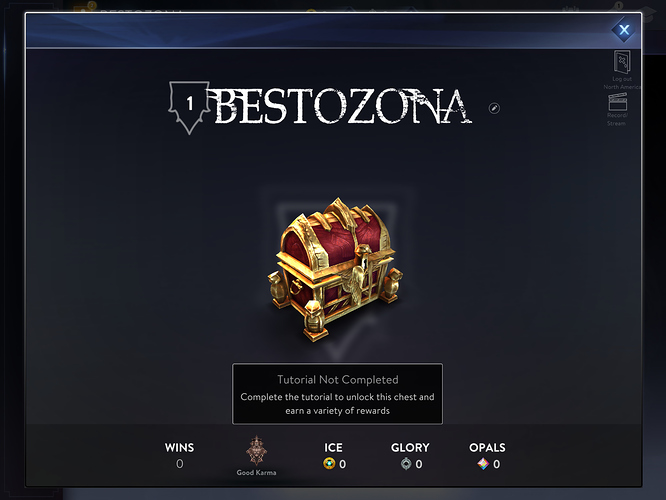 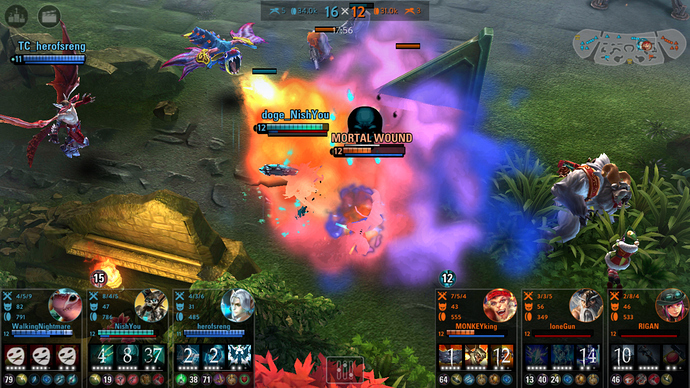 Edit: If ss with names is not ok. Sorry. Delete.

Psh, that Ozo is only losing bc he doesn’t have the skin

Lorelai because of the nerfs this patch.

He is the best jungler in the game.