What not to play in 5v5 ranked

Okay i’ve been ranking quite a lot on my new account and i’ve noticed people seem to play heroes or specific build path for that hero that are just terrible so i though i would do a list of heroes that you shouldn’t play in 5v5 ranked. Disclaimer, this thread might hurt the off meta mains.

I beg to differ for Cp baron, he’s definitely not as easy to play as Wp but he isnt a troll hero. Hes very much like skarrf, great prediction with choosing where to use his A is a must. And CP Barons damage is just as bad as a Double monocle Baron.

I agree on all except for koshka ans CP Joule. cP Joule isn’t the one hit wonder everyone talks about. SG BM CW and she has a reliable stun and an Ult that is up very often from her B and A combos. Jump on an enemy if they have to rb your stun follow up with B and C if they don’t RB use B and C to melt them and keep poking around to get your C up again.

A good Koshka can snowball easily without great understanding…

Baron is indeed terrible and so is Reim. He gets kited to Oblivion even though I love the hero in 3v3 he is a joke in 5v5…

For Skaarf you can’t step backwards to evade his damage…

i would rather have a saw than a cp baron

Thats sounds like in a 1v1 situation, Teamfights is where its at and Baron dances on the outside of fights

But ig everyone has different expectations and experiences

i think cp baron is great in 5v5 , the way i see cp baron in 5v5 is like varya ulting every 2 seconds , you are not supposed to damage enemy you just there to split them and force them go different ways or they take the damage , i personally played him once with a melee teammates and i made chaos everyfight , i split enemy with A and ult and stop them from running by using my B then A their way .

Except whats the point. You basically said CP Baron is the entirety of Varya’s Ult. Just use Varya instead. If you want to effectively split people up, play Tony. CP Baron only works when your team is ahead but if your team is ahead then anything will work. Grump mid is better than CP Baron mid. CP Baron top could be good but it will only work if your bot is melee and your jungle is gonna buy PW second item.

I beg to differ for Cp baron, he’s definitely not as easy to play as Wp but he isnt a troll hero.

CP Baron has always been meh, even more so now that WP Baron is one of the strongest carries. His entire kit is countered by journey boots, he’s very easily dived because his jump is not up as often as WP. Play other mages which have more reliable means of damage like Celeste.

you are not supposed to damage enemy

If you’re mid laner and your job isn’t damage I don’t know what else to say about CP Baron. Except maybe don’t do this to people who are in your team please.

i mean damage enemy directly , i agree celeste way better pick , but cp baron is not totally bad , like i understand other heroes mentioned are bad but he doesnt fit there , and i agree about him being weak midlane thats why i think he good top lane like what @SideRaiderr said , mixing the comp with more melee make baron good.

i want to mention another strong thing about cp baron , he can push with blackclaw alone , like if you have cp baron in your team you can split push all lanes , with boots and his jump they cant catch him and he can poke for days while his team push other lanes .

litterally everything on your list is viable. the only one i agree on is Reim.

your little disclaimer seems like you’re not accepting that “off meta mains” who can play a hero to really showcase just how well a hero can perform and is “hurting” a lot more people than you realize.

there might even be some Reim mains that could make him work.

it really makes for boring game play if you exclude heroes. Maybe you’ve seen too many unskilled players, but that doesn’t make the hero bad.

I can see what u mean now. I guess his Cp path is like a Gwen Cp path.

she’s good in right hand. and not only 6 people…

All I have to say about this list is wuuuuuuut? Like what? Nothing constructive to add. Well just 2 things: no and play against pros who understand these heroes. Actually I’ll just go all the way:

CP Baron: A CP Baron with skill can hold off his lane with no help in many situations, even against full teams. At the start he is weak, will struggle to land any early kills, and will need to go back to the shop and upgrade almost as soon as it’s possible. His main purpose until late game is to farm and prevent his lane from being taken, that’s all, and late game he’s a denialist that pushes the enemy team back. Only in mid to late game do you actually go for kills, and only when it’s absolutely safe. When he has his 3-4 items, a Baron with good aim will main anyone foolish enough to step in it and either him with an ult or his teamates can clean up with if they run.

Koshka: Will absolutely slaughter any squishy on their own for even just a second, and maybe 2. She is not to be underestimated in a teamfight either.

Petal: You’re building wrong if you think petal is weak. She’s built for sustained fights inherently, so try sustained fight items and you’ll see a difference… As for munions, any serious petal player is going to spam munions everywhere they can. You shouldn’t be running out of them.

Rona: Has become even more mid-late game depending on your build. Doesn’t mean she’s any less deadly. If you’re struggling with her it’s the build and timing of when to jump into fights and stay or leave.

Reim seems bugged, or just oddly weaker in terms of defense, and he’s hurt by that, so that’s where he stands.

CP Taka: It’s not always about getting the kill from a full health enemy. Sometimes, like with Anka, it’s best to pick them off until late game, then in late you initiate to weaken key enemies for your team to follow up on.

CP Joule: Nah. If she’s not eating through a husk it’s the build, and on top of that you should have weakened the enemy with her A and B before trying to secure a kill with her with ult so it shouldn’t be as much of an issue regardless.

CP Skye: If you build right it shouldn’t matter if she gets bodyblocked or not, you should be chewing through minions and any other obstacle anyway.

Almost all of these heroes are later game heroes with either a need to jungle or a need to play a very safe early and mid game with teamate support so I can only assume you might be trying to get kills too quickly or that your builds aren’t taking into account the items you actually need and when you need them, or that your teamates aren’t helping you effectively. Other than that these heroes besides Reim are all still powerful, and even Reim can still do something if you spire effectively mid fight. Honestly I personally think Reim is mostly fine and doesn’t need the fix but a buff but that’s just me. 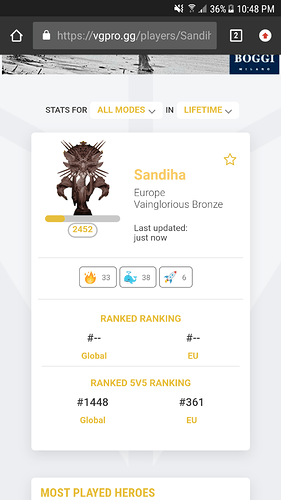 I love it when people have to show off their ego

To be honest his jump is very overrated especially as CP Baron. He’s still definitely not getting away from any assassins and some warriors. Mages bully him away. ADCs just chase and destroy. Top lane Baron is not at all likely gonna do well in top. Besides leaving his team even squishier his build is expensive and also he’s bad early so he won’t be able to defend either.