Broken Myth releases a hero tier list, regarding the current strongest picks, every few updates. As it is updated, this topic will be as well. 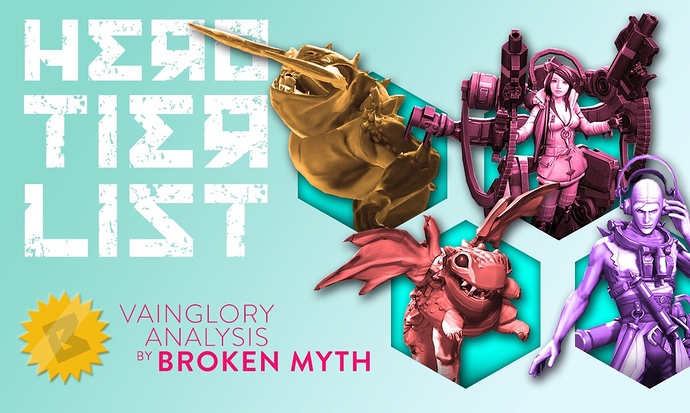 Aye aye, captain! Update 3.7 welcomes a continuation of what recent updates have been shaping. Teams are prioritizing utility-based heroes in the jungle, top lane, and captain positions, while crystal mages fend off Yates’ heave and bottom lane attack damage carries push like SAW never could .

Dude I hate BM’s list they’re always so BS. How is Grumpjaw and Baptiste S-tier junglers? Especially Baptiste with his slow clear and low range with no mobility, dude is shit rn. They literally recommend a hybrid build(CP and Wp) as an S-tier Gurmpjaw, done bruh. Lorelai’s a C-tier support? Adagio is beating her how? With his little-to-no damage buff, only-good-late game heal, predictable stun, and “tankiness”. Then you got Skye so low. I ain’t even with dis list.

Lemme explain to you all of the points.

Grumpjaw is broken in the jungle because of the Tension Bow+Aftershock+Stormcrown build that is absolutely ridiculous right now, Cheap, effective, still very high damage especially with the proc.

Baptiste is really good because he is very powerful in the early game and requires little gold to be effective. His Ganking skills are really annoying right now. His main selling point is all the CC in his kit and CC is pretty much more effective in 5v5 than in 3v3, especially CC that can hit more than 1 person(like Baptiste). He is also very good in draft as he can flex into all roles except mid lane, which Broken Myth explained at the bottom.

Lorelai is difficult to put work in at soloq. That is her main problem. She is somewhat like churnwalker, who is B tier in soloq but the best captain in pro play. She also performs much better as a top laner in 5v5 with her high single target damage with little crystal items, which means that if she isn’t fed she can still put out good work. Lorelai would be a captiain in the high Bs or even A if iit was NOT talking about soloq. Their list is for soloq only, they even explained to me on twitter when I asked why CP Kestrel is not S-Tier in the mid lane when she is literally one of the most broken mid laners when you know how to player her.

The Problem with Skye is that Skye even as CP does not do AOE damage while the jungle and mid lane would prefer a hero that could do AOE damage as CP like Baptiste and Celeste repectively.
WP Skye is difficult to pull off because of the intense CC in 5v5 from the likes of Grace, Lyra, Ardan who shut her down before she can get breaking point stacks. It is difficult to pull off skye in soloq in general.

If it wasn’t a soloq tier list Broken myth’s placements would be much more accurate.

Edit: I forgot to mention how good WP Baptiste is now. In the Jungle and Top Lane. Tanky, extremely high sustain and damage and still providing all of the CC you want escpecially in 5v5.

You have no idea about bap and calling him shit. He has sustain, cc,hits like a truck and doesn’t fall off late game. Self sustain is super useful due to nerfed defenses and bap can heal as much as krul in certain scenarios

step 1 get 2 300gold* offense items
step 2 get wp buff, then get lvl 2
step 3 step into a lane, A an enemy then basic attack
step 4 prepare their funeral, they had a family you sick man.
step 5 invade then repeat
if you fail to see how grumpjaw, who can easily deal hundreds of dmg with a single A, even worse with AS, is S tier, idk what to say to you, take off your blindfold i guess?

This list feels really right. There is always going to be some arguement over A vs B. But the top and bottom are spot on!

Thanks man - no one will ever completely agree not even me - but for high tier solo queue I think we got it pretty close. 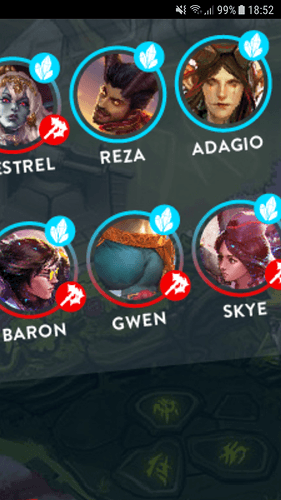 Fortress is he can gank without leaving the rotation

Updated, albeit a bit late, for Update 3.7

I’mma just say I haven’t even touched ranked in the new patch and due to the stuff being said about less energy being available I called Ardan being one of the top supports.

Apparently I’m dead wrong about most other energy-less heroes though. Interesting.

This tier list is for the last update, not the current one.

9 posts were split to a new topic: Lyra vs. Vox argument