Thoughts on tankiness in VG

At 3am, when I was tired as nuts and listening to Lo-Fi, I started to think about the VG meta, like I always do when I want to think of a failure larger than myself. With the tank meta going on, I immediately think “Why don’t they just counter the tanks with their damage characters.”

The answer I give myself is always “Because the characters that counter tanks in VG are shit at countering tanks.”

When I’m talking about tanks, I mean both Pulseweave rush tanks and ‘Sitting there and existing’ tanks like Churn and Phinn. Characters who want to counter tanks need to be able to deal good damage while kiting them out (and dodging the damage from their backline) or need to be able to just kill the tanks with anti-tank damage (AKA Scaling off max HP, piercing shield). Plus other stuff.

Here are the characters that I would categorise as ‘designed to counter tanks’.
Kensei, for his immense tank dueling power.
Skaarf, for his max health burn AAs and his 60% penetration ult.
Varya, for her high damage that can bounce to the backline for some free harass.
Celeste, because Celeste.
Skye, for the best kite.

You could potentially put in Samuel and Vox, but that comes down to what they’re playing against.

Now, out of those 5, we can rule out picking Skye. She isn’t really played that often, since her CP Path (better for kiting) has a hard time fitting into the roles in 5v5.

Kensei has been nerfed into the ground, and doesn’t thrive in a meta that by all rights, he should.

Skaarf doesn’t really make much use of his passive or his ult. He’s more about his A and B, which hurts immobile enemies more than tanks.

Varya is good into the tank meta, but only because her ability to kill everyone at the same times essentially allowed her to have constant pressure on the backline, allowing her frontline to secure the kills. It doesn’t help that she pairs well with tanks.

Celeste is fine. Her kit will work in pretty much any meta, but it helps that the main method of engage for the tanks aren’t through blinks or dashes, but running towards you really fast.

(Vox is vulnerable to getting CC chained and Samuel doesn’t have enough damage in teamfights against 3 tanks. These guys are better against bruisers.)

So that leaves us with two characters out of the potential 5 (or 7) characters that actually counter tanks. Just two. They’re both midlanders too, so it’s not like you can take both.

So, how did we get to this point. Why are the anti-tank characters with specific anti-tank scaling not used for it?

That would probably be because these numbers have been consistently nerfed since they came out. The reasoning for this is since every character in this game builds defence, having anti defence is too generally strong. It counters everyone since everyone builds Husk or Weave. What a time to be alive.

Historically, this has been accurate too. In 3v3, you would always buy an Aegis for the block or a jacket because nobody builds armour pen in this game. Nowadays you build a Husk because of its passive and stats. There’s basically no downside to shoving a defence item or two in your build because ‘why the hell not’.

isn’t petal a good tank counter? she is great at kiting in 3v3…

Petal is a counter pick left behind in 3v3 at best, and one many can’t play well ( and have yet to learn to since her rework ). Honestly, the best tank counter is not a hero but an item - BP.

lol petal works against solo tanks but not tanks grouped up. not as well anyway. she can still pull it off late game but early and mid she’s gonna struggle. baron with his aoe and varya are much better. same as samuel. pretty much the main solution is rapid, hard hitting aoe. none of that dmg over time stuff. hat’s about it.

@Moose I’d agree with you if it were one, maybe 2 tanks but bp is unfortunately no longer a solution for multiple tanks. in the time you take to build stacks on one the other is probably ccing you to death, and an aoe wp hero like kensei would be great but he needs to be rebuffed. if it were up to me I’d make all his basic attacks aoe and lower the dmg even more but increase his max health dmg or make one of his abilities affect missing health in place of the max health boost so he can do some consistent dmg to squishies & bruisers buuut that’s just me.

The current team is not balancing competently. Part of this comes from Zekent’s balancing philosophies and part of it comes down to the way the items work making it even harder for them. The thing is, they’re not fixing either.

Get a breaking point and enjoy free damage and stacks yay

Buffing that part of his kit will just lead to insta ban in every draft or the most OP hero in the game. There should be multiple heroes like him to make it work.

if it were up to me I’d make all his basic attacks aoe and lower the dmg even more but increase his max health dmg or make one of his abilities affect missing health in place of the max health boost so he can do some consistent dmg to squishies & bruisers buuut that’s just me.

Glad you are not in charge of balancing then. I don’t what to have a hero with the AoE of baron, the health scaling he has now, the missing health scaling of an anka in all his AA, the tankiness of a roam and the mobility of an assassin. If he has consistent damage to squishy and bruisers… what’s supposed to counter him?

I think this is off topic?

My thoughts about those metas is that they were nerfed as soon as the next patch came out (although not solved in one patch most of the time). Plus, the way the game designed (specifically items) didn’t end up being the cause, AKA it didn’t involve a massive fundamental flaw in the way the game is balanced.

Funny thing to note: The meta that has been loved by players most in LOL is an assassin meta. VG assassin meta when.

Dont even get me started on the heal meta.

Phinn Lyra and Adagio all got fat nerfs due to CaP and Arden is the only hero thats broken with it.

Mortal Wounds really hurts (now) all three of them while MW doesnt do crap against Ardens A.

The heal meta was only meta because people didn’t understand the strength of CC. Heal was unjustly nerfed and I think it should be buffed back.

Lol I think you’re exaggerating a bit. it wouldn’t be a large percent and his base dmg would be lowered to compensate. and he wouldn’t have the range of baron so the aoe is minimized. The idea is that with maybe minimal missing health dmg on his abilities and max health dmg on aoe basics, he’s be able to dmg tanks in general and chip them sown while squishies would be minorly affected, while squishies that are weakened would have to worry about his abilities taking them out. Anyone in the middle would barely be affected as his base dmg would be so low that max health and missing health would be the main ways he kills, and only tanks would fear anything then because his max & missing health combo would mean he could chip them down, barrier included of course. the aoe is there to proc max health dmg on everyone in range and the missing health is to get kills. inbetween that he’d be weak to everyone but captains unless he went capt himself so it’d basically make kensei the counter capt/team harasser he’s supposed to be without real killing power unless his team contributes to dmg dealt, the enemy is already weakened, or the enemy has massive hp pools. other than that he’d still be outdamaged and bullied by everyone else without the help of his team. if you gave the missing health cp ratio and max health wp ratio you could even give him a cp path where his abilities are meant to chew down bruisers while his wp path eats tanks, with carries being his main counter and bruisers giving him a harder time but at least he wouldn’t be like he is now

Not really. Tanks and hypercarries are good because they really are the only heroes that are actually GOOD. We have like 2 real assassins and uh at best off meta supports being in the form of Lyra and Grace. They killed Adagio and CP Taka when I look back now and think to myself, “damn people actually lost to stormcrown Taka as a WP bot laner in the early game.” We can probably bring back CP Taka and BF to their state before 5v5 and nothing much would change because they are melee heroes and melee heroes can’t hypercarry, not that they are supposed to. Kensei first release patch was just broken. His second patch he required his mid laner to do okay. His third patch he required his mid laner and top laner to do okay. And now he’s basically “everyone do well so I can ‘carry’ the game.”

A change for Taka would be like:
Using Kaku gives you extra range on your Ult. Increased range scales with level. Why this? Because Anka technically has a blink that has infinite range and Reza has infinite dashes if he times them all well along with CW. WP Taka is nice and all but the fact that it feels awkward that you take damage before even jumping onto the enemy is like “ 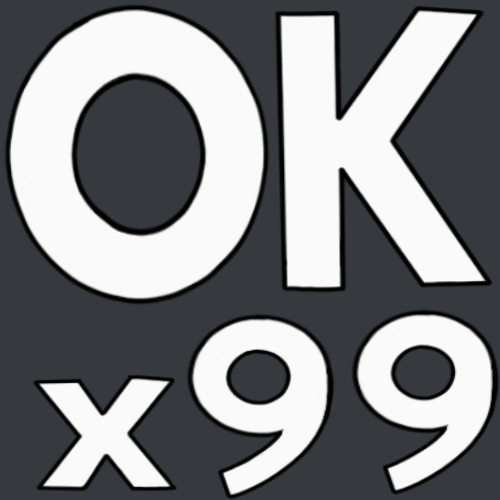 I feel like the game went through a massive power drop unlike a power creeping because everything that gets buffed automatically becomes meta or the one tricks become unbearable (Kestrel).

Kinetic can shred tanks too and if u want Baron u better pick Phinn cause he can ruin a Baron’s day.

I don’t agree, phin’s has nothing to do against a baron.

Yeah getting blown up in .4 seconds is always fun and exciting to play.

I can’t tell if this is entirely sarcastic or not.

I would say that it certainly would be some sort of exciting. Dunno about fun.

They nerfedd the best hero who used to decimate every other tank known as Black feather. They took away WP ratio from his A, nerfed hus perk (trail of roses), nerfed hisC and what not. IMO he was the best hero to counter the tanks and non tanks.