The “R” word has invaded the news section 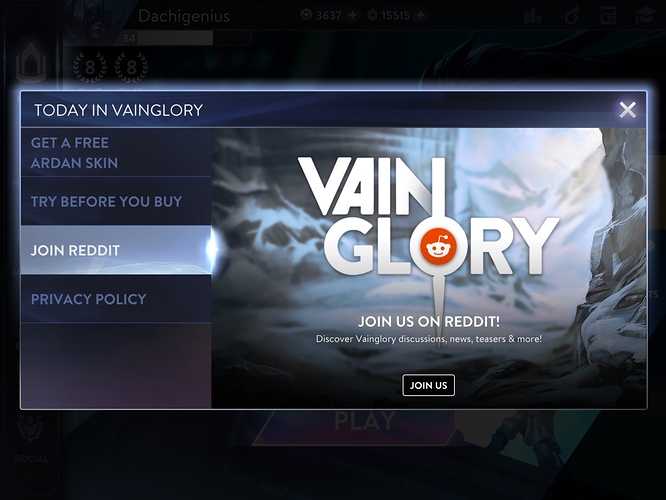 Make a news for our forums, not the R thingy

Seriously, that really annoys me.

I don’t even get the point. If everyone moves there SEMC will just hear the honest opinions of players who are ignorant of VGreddit’s quota. Reddit built a community of SEMCocksuckers but if more people move there the subreddit can get invaded by possible more sane or insane players.

That’s what I’m saying. Reddit would get worse and the VG devs will hate it. Yet that’s where they turn to get star

I only visit a handful of subreddits, and r/vainglory isn’t one of them. Hell, the only time that actually I visited them was because the community news section recently showed some fanart of Koshka. That caught me hook, line, and sinker, and I’m a sucker for some nice art.

I follow over a thousand people on Twitter right now, and the number is continuously rising. At least 95% of them are artists. that’s how much of a sucker I am.

What… Was it before? An unidentified tumor of the web?

4chan before was all the internet in one convenient package. Now this was ages ago before the many newf** waves

Sorry, I wasn’t being totally serious, but thanks lol. I just wanted to see what you’d say.

I too have also perused 4chan for some time, though, I have moved around different boards along the duration of my time going on there.

Yeah, that sucks A LOT.
Smec shuts down forums and it’s okay because I don’t care anymore about their shitty and cynical reasons/excuses to do so anymore, but c’mon, there are people spending actual money to run these forums and not a single word to or about it from smec…
I’ve seen idmon and HS tweeting smec, vainglory and some devs, telling them about these forums and they just ignore?

It’s really shitty, not even a single shout out or anything at all.

There are like two types of people on that subreddit:

"I have been playing this game for so damn long and yet us veterans have not gotten anything…"
Damn bot replies “Urm this is the 219047348092 damn, why don’t people say darn anymore?”.
LIKE DAMN WHY’D YOU GOTTA LEAVE ME IN SUSPENSION PLESE TELE ME WHAT U WANT

Seriously though why are they so prejudice towards Facebook could have easily given them a shoutout smfh.

It’s not so bad, really. Reddit’s biggest problem is that it has the memory of a goldfish. Topics pop up, get a little attention, and are gone in a couple days, then get repeated like everyone’s forgotten. The more people the sub has, the more that will happen, I think. The biggest community pet peeves will take the front page, at the expense of a lot of other interesting discussions, which don’t get traction and disappear. I almost think it’s better to just say that the subreddit should handle low-effort meme stuff, and send people there for that, and direct them here for guides and deeper discussion. But I don’t know, it’s six of one and a half-dozen of the other. (But I do think this place is better suited for in-depth material, by its structure, alone).

As for dev involvement here, it’d be nice to see them here more, absolutely, but it’s not a big deal if they’re not. This place is for us - to make guides, share info, show off cool screenshots, etc - and it would be a shame if people here started getting salty because they expected official responses for everything they had a thought about. If I’m tweeting something, it’s just because it’s interesting and I want the community to see it, not that I think the devs should come right away to talk about it.

The best thing we can do is just make this place awesome. It’s got potential to be a really great resource.

The best thing we can do is just make this place awesome.

It already is, though I wish more people could experience it as we all do.

It’s got potential to be a really great resource.

Definitely. With stuff like the relatively good formatting tools and wiki features, this place has the potential to contain a lot of great content. For example the wikis, as well as all of the great, conversational, threads we have on here really show this. However, the relatively small active user base on here, which is caused mostly in part due to our lack of exposure for a majority of the playerbase, is what’s really holding this place back.

Forgot to mention that Reddit is a great place to find out who wins so erm they decided on “House Kamuha” so I guess we should all go for that too ?

Reddit is just a dumpster fire. I have never found anything useful on any of the subs I’ve ever followed there. As Hipster says, topics are so transitory and repetitive, it’s just impossible to make sense out of it.

Reddit is only useful for fanart, there’s nothing productive going on over there.

I’ve found useful information on some subs, mainly the FFXIV subreddit, but a lot of subreddits’ wiki pages and resource archives are chock full of outdated or poorly organized content.

And yet people of the reddit thinks this is us 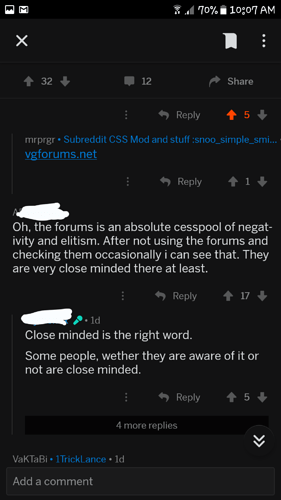