TB AS SC a build that should not be

Below a picture from VGpro.gg showing Leon and his Grumpjaw build 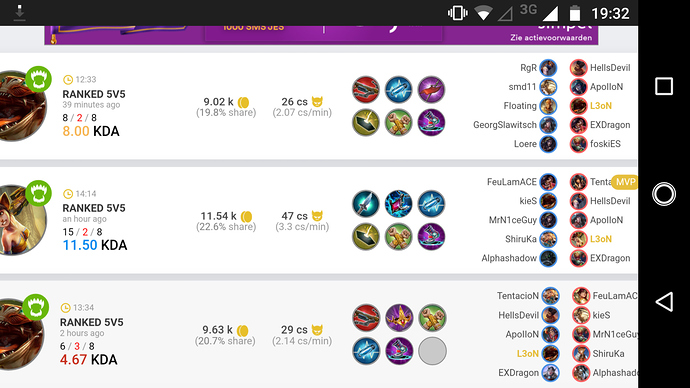 Here is a picture of palmatoro using the build on 3 different heroes. 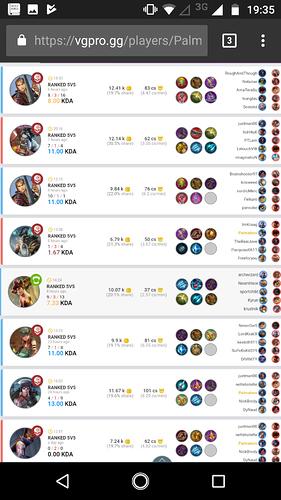 I have spoke against TB AS SC in the past in several threads. It is a tactic that works in all ranks from noob to pro. It is the cheapest most gimmicky build there is.

No really the items are dirt cheap and work on a lot of heroes granting them very early powerspikes which scale into the lategame.

These 3 items allow you to tank up for the other 3 slots while maintaining carry damage.

They are blatantly Overpowered especially when used together.

Not just my own experiences where I play captain grace with TB AS and murder as if I was a carry but even at the highest level this is viable and strong even.

Aftershock and Stormcrown need to be toned down.
Their lategame scaling and early game damage are both way too high. There need to be downsides to building these items like there are to other carry items.

(will also add this to OP)

So far I have seen 14 heroes that can rely on tb as sc.

Those 24 heroes are all high tiered picks according to the Broken Myth tier list. Be it top bot jungle or captain. That is potentially 4 out of 5 positions filled with this build. It is very allround!

When we look at hero ban and picks the heroes that abuse this build are almost all banned or picked. I see 6 assassins banned and picked every match…

Below a picture from the Broken Myth Tier list. 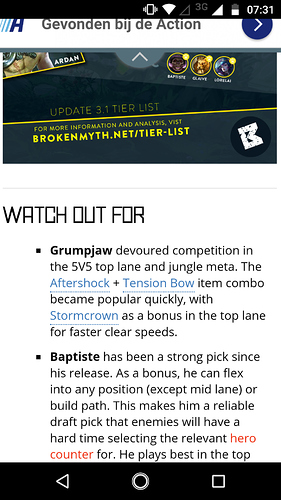 https://brokenmyth.net/tier-list/ so you can check for yourself.

And these 3 items are stupid cheap. A taka/grump can get these 3 items by the time I get 2 t3 items in the lane. It feels bad building defense when these items hit through defenses like a truck.I think this might be a reason why top laners rush defense to survive.

GJ Taka Ardan cath Grace Ozo and several others can just pull this stunt and get away with it … It needs nerfing badly.

In all honesty, this only exists because of how busted AS and SC are. TB is pretty fine because of how hard it falls off lategame, but AS and SC are just too good atm, especially when combined on bursty heroes. AS provides extremely reliable damage at ALL points in a game and SC provides stats that are really good, as well as the passive true damage which is really strong when it’s user is fed.

Uhm… 'kay. So you just encountered proc builds for the first time in your VG career.

Proc builds proc. And while they are strong in combination with certain heroes, at the moment, their damage-over-time is (almost) as terribad as it has always been. The sky is not falling, no outbursts of “nerf or rito” are required.

No I have known about proc builds for ages.

I have spoken against them in the recent and distant past.

If pros use it consistently it is not easily counterable… SH helps with the first trigger but afterwards defense does not help.

Stop being so condescending. You are not superior and it is a real issue that a dirt cheap build does so much guaranteed damage that can barely be defended against.

(will also add this to OP)

So far I have seen 14 heroes that can rely on tb as sc.

Those 24 heroes are all high tiered picks according to the Broken Myth tier list. Be it top bot jungle or captain. That is potentially 4 out of 5 positions filled with this build. It is very allround!

When we look at hero ban and picks the heroes that abuse this build are almost all banned or picked. I see 6 assassins banned and picked every match…

Below a picture from the Broken Myth tier list.

I agree, proc builds a re very strong.
One quick question though, am I missing something, or does palmatoro use TB AS SC twice, not three times (SC used only twice).

Now for my own input. Honestly, AS is the main item that makes the build so strong (TB and SC are sprinkles on top). Neither TB nor SC are too great on their own, while aftershock is still amazing and a power spike item on its own. Any nerds to SC would be overkill.

Looking at Palmatoro, he uses AS 4 times, maybe 5 if Reim had progressed.

yeah proc grumpjaw is the bane of my existence, even though i dont see him as much :’)

Yeah he builds 2/3 often. But still it has almost the same effect because you use those burst items as the core of your damage. Tb is not the real culprit since its damage can be mitigated mid to late game. The other 2 scale very very well into lategame as well…

Tankshka and Tanka are back.

Yeah. And after we nerfed proc, we nerf crit. And after crit we nerf WP scaling… and after WP scaling we nerf CP ratios.

Why does everything have to be blown so out of proportion? How about you get out of the “omgnerfasap”-mindset, and actually make balancing suggestions? You know, constructive criticism vs whining.

Fort is banned a lot due to this even after damage nerfs. His roam path is good but if he is nerfed in 3.2 that would take a hit as well

Tbh I only see GJ with TB+AS+SC. In fact I find MJ+SC+AS build much more cancerous on Taka, Ozo, Reza

Stormcrown and tension bow are NOT Broken and they don’t need nerfing.

How about change aftershock into this :
Health Percentage down from 14% to 10%
Change the health percentage to TRUE damage instead Crystal Damage
Cooldown up from 1.5 seconds to 3 seconds
Price up from 2400 to 2500/2600

It’s op because they never tuned AS to account for the global health buffs a while ago. (Actually they did, but by 1%, which I’m going to ignore because…it’s 1%). As someone else said, it stays relevant throughout the game - it’s a good early game power spike, and doesn’t fall off because hero health only gets higher as the game progresses.

Another thing I’d like to mention - you typically counter a TB by buying a reflex block, but that only makes AS stronger.

… you counter TB with a reflex block? Isn’t armor better suited for that?

Aftershock is pretty OP, but I chalk that up to the cooldown time the most. The damage isn’t OP, neither is the healing, but doing it every other second is a whole other beast. Not to mention aftershock with a brokenmyth is almost as effective as an eve of harvest with more consistency in fights. TB and SC aren’t the problem, as many have said. I’ve been using aftershock as a mainstay for months and it’s bittersweet to see it finally being recognized on a larger scale for how powerful it is.

I agree with the percentage reduction and switch over to true damage suggestion by @Blissey123, though I worry true damage might still make it OP. A longer cooldown would be more appropriate as well. My biggest worry though is that it will be over nerfed. It only really needs a tuning down on the damage percentage or the cooldown. It doesn’t have to be nerfed into the ground.

The obvious balance suggestion is that defense needs to be buffed. Which has been suggested a million times. It is not whining it is indicating a problem.