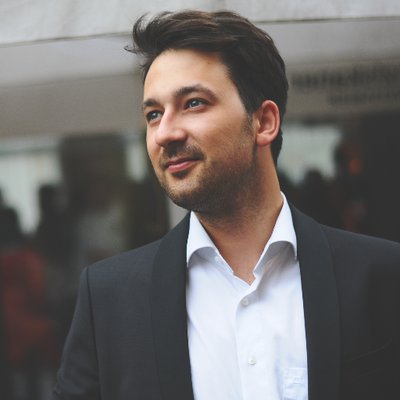 Both of these posts are rough news… Hard to see a positive in it. Although I’m way willing to hang through the bugs and such, watching how these orgs are being treated makes me wonder if I want to be supporting this. As always there are two sides of the story, but with everyone leaving and no news on a meta plan for restructuring or something… Makes my concern-o-meter blink red.

Yep, I agree completely. The fact that it’s a steady drumbeat of orgs leaving over the past week or so without a single word from SEMC is really concerning.

SEMC should take this as a wake up call to stop releasing broken heros for money.(or so I’ve heard) And to actually balance the game.

The whole internal restructuring, people getting fired (1+1=2), stopping the esport orgs support, a lot of big orgs leaving, all the golden key sh*t for money and so on… I just think that the 5vs5 didn’t managed to attract notable more new players to the game. The broken matchmaker, the long waiting times for the match to start, the long games, the similar 3vs3 mechanics - doesn’t help either. A lot can be said, but for me the game didn’t boomed as SEMC and we expected.

That mode should had been released when noone had 5vs5, not when already all of the casuals and semicasuals players that like MOBAS are already involved and invested a lot of time/money into the other games. Games designed to be attractive for a mobile fast fun action on the go… not waiting 15m to even start to play roflmao and this while the game drains the battery almost like ingame.

And when you start to play, there are those 1-2 players in the game that are obviously so much better than all the others that they r*pe. This in t7 gold (also had a lot of times total noobs in those games) and not like a smurf accounts, their profiles states poa gold, VG silver, etc.

Edit: also a lot of my friend list containing only serious players - is offline from quite a lot of time + a lot less activity from the people that still play. So sad… not only the game didn’t attract a lot of new players, but the old players are disappointed and leaving + the esport is going to hell with all those big orgs dropping VG. Instead of esport boom that will lead to a lot of new players… and this while other games are starting to grow fast in that regard.

From reading the post, i get some kinda conclusion that SEMC is in some kinda partnership with Esport teams.

Which means financial backing. I just think all these Esport teams dropping out isn’t because of a loss of interest, but more of a restructuring, so certain Esport teams no longer have the “partnership” with VG.

This is all speculation, but I think in the past VG has provided “free stuff” to Esport teams? like flying them to worlds? So it just means no more free stuff… Pay your own way…

So, I’m thinking… Esport teams have come to the conclusion that the 30,000 per year worlds prize aint worth it if there’s no more free stuff…

Any sort of drop out doesn’t look good. Budget cuts. Staff cuts. its all a bid to stay afloat … I’ve seen business do this too many times while still maintaining a brave front.

Lets hope all is not lost at SEMC…

Foogee, just posted on Twitter this morning that they are going to be answering some of the community questions and doing a Discord AMA. Hopefully they can shed some light on the situation.

Your patience is highly appreciated! More info to come this week to help navigate the confusion. Also, will schedule a Discord AMA to help provide more in-depth context to decisions being made this year.
cha0z April 3, 2018, 2:43pm #9

Exactly that, all leads to bad financial status. Also remember december sponsor your team thing? I bet they tried to collect money to continue the team sponsoring, well… that obviously didn’t turn out with enough money.

Also it looks like all the vainglory esport was artificial with SEMC literally paying organisations to have VG team and it was no cost/low cost to them. The moment that was cut out - every org thinks it’s not worth it and drop the game… most likely also thinking to jump to pubg/fort or even the other more popular and already investing in esport MOBAs like AOV.

discord is one hella suck platform to do AMA

I think it’s very funny how he has to insult everyone remotely thinking that the game isn’t exactly in great shape, with such kind of news dropping every day or so – especially when some have proven time and time again to have a brilliant analytic mind (gabe is a dumbass? wew).
Insecure much?

If you’re reading this Flash, why do you think you were even making this vid? Did the “vg is dying” train emerge out of thin air?

He never said a word about the state of the game itself, though.

He was talking exclusively about the VG e-sports scene being a marketing tool which is not living up to expectations. And I would also have to agree with his point on most of the playerbase not being involved with any of this in the first place.

The only logical fallacy in all of that was his conclusion that more traditional marketing is likely to yield better results because it worked for Tencent on a much larger budget. If SEMC turn to that, they will be directly competing with that larger budget - which is why they took the e-sports route to begin with.

He’s hardly objective, I’m afraid. Also, some of the stuff he says in the video is demonstrably untrue, which colors the other stuff he says.

FooJee is apparently going to issue a statement “soon” as well as do an AMA. So maybe some actual answers are coming instead of all this speculation – both informed and uninformed.

'mind to point that out in more detail? I wouldn’t call him unbiased, of course, but his points made sense to me.

And one more to keep the pot stirring:

Agreed on the name calling being a needless part if the response.

Excoundrel gets paid by SEMC to cast, so he’s another person who’s hardly objective.

'mind to point that out in more detail? I wouldn’t call him unbiased, of course, but his points made sense to me.

Not ignoring you, just putting this reply here as a placeholder so I can pull the points from another discussion … (I’m at work, and it’s difficult to have all my social media up on the pooter with other people around … it makes it obvious I’m goofing off.)

I’ll be honest, I didn’t get past the namecalling, and title of the video, the latter ‘VG isn’t dying’, not ‘the VG e-sport scene isn’t dying’. Maybe he was just clickbaiting, I’m not too familiar with the guy’s YT channel.

But my points were that: