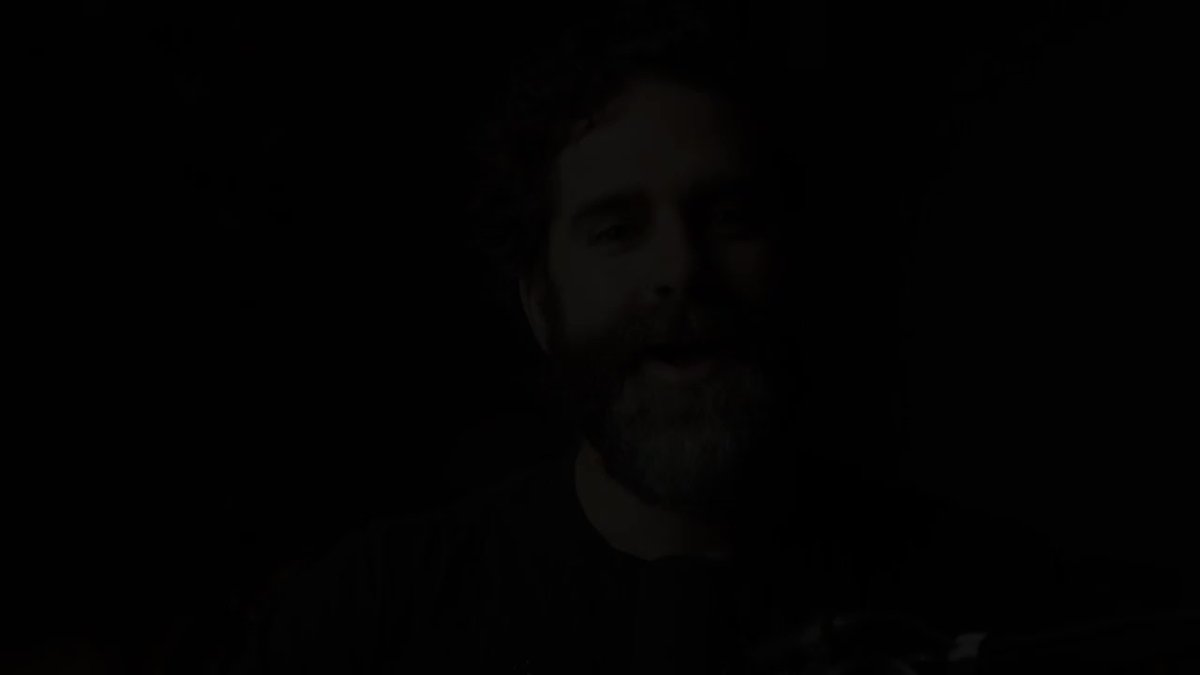 Early Access is coming on August 12th for Catalyst Black! We call it the Secret Service, cause we're Super Evil (⬆e). Get in the Discord and sign up for your chance to become an agent. Never settle... Join Discord - https://t.co/jlpFqTHqBT https://t.co/1c4qd0rkDl 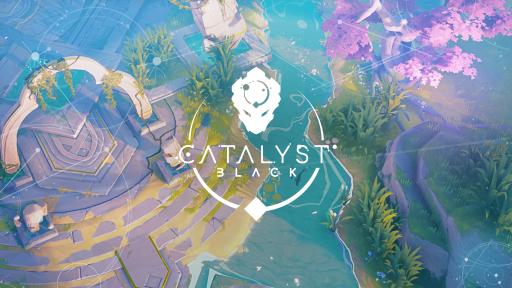 Catalyst Black is a team based, drop-in drop-out, battleground shooter designed to set a new bar for mobile gaming. | 9,797 members 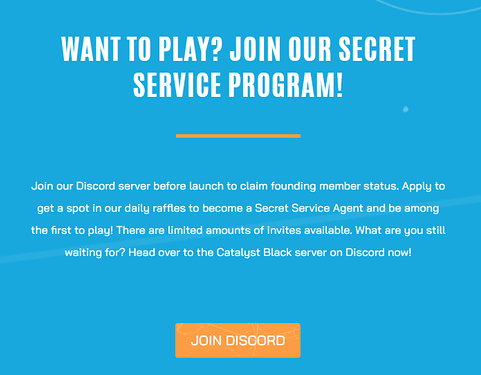 I get that they’re trying to grow their Discord, but when you have someone (1) at your web site and (2) interested enough to scroll down past the top of the page, you want to capture that person RIGHT NOW – an email signup box with a big huge “Go” button is a no-brainer. Anything that makes it harder for visitors to get information and/or get on your list of potential customers makes it FAR less likely that that you’ll convert that visitor into a customer.

SEMC in its continuing marketing brilliance, is asking people to go to their Discord (which said web site visitor may not even have installed), then find the part of the Discord where the “daily raffles” (not explained) might be, then “apply to get a spot” (again, unexplained) to possibly get early access to the game.

The chance of anyone who’s not already a serious gamer already interested in CB actually doing all of these steps is … low. I know I have been

ing on SEMC’s terrible marketing dept for years, but come on … this is basic stuff. 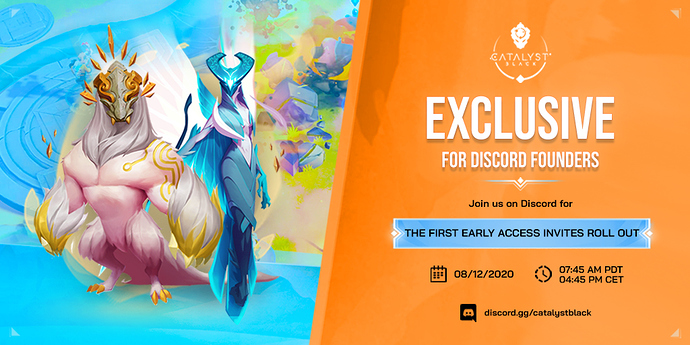 In case anyone is interested! (No way to participate except through their Discord.)

That marketing fail tho… from the “leak” to now this.

I managed to get into the secret service with the latest batch of invites today! Not sure if I can provide any new info on the game that isn’t already out there due to a lack of an NDA on the secret service, but I can certainly try to provide some gameplay footage and general thoughts on the beta if anyone wants them.

I can certainly try to provide some gameplay footage and general thoughts on the beta if anyone wants them.

I’m not following CB all that closely at the moment*, but I’m definitely interested!

I haven’t played a ton since getting into the SS given I barely got in last night, but I really think the game has improved a lot since the Maskbourne version of it. The gameplay is smoother and it seems visually better. The game is a bit hard to control on a tablet (which is what I’m using to play) due to the large size of the controls, but I wouldn’t say it’s too bad after getting used to it. As for the gameplay, I’d say it’s just as fun as it was in MB. All 3 modes available are quite fun and provide a good amount of variety, the freely drop-in-drop-out system makes queue times not last too long, and while they obviously make a difference, I actually haven’t noticed any particular advantages/disadvantages between gear levels. Overall, despite the clear in-development feel the early access has, I think the game is really fun but I’m not sure if it’ll have the same amount of popularity that VG had in its peak.
Some other things that I feel like are worth noting are that you can freely change between the various character designs, which is pretty cool, gear seems like they don’t cost too much, SEMC accounts are seemingly gone for now, with cloud progress being linked to Game Center at the moment, and there are quite a few daily bonuses like standard first win bonuses, a limited amount of triple XP and increased mod drops that reset daily, and a sinister seven equivalent.
As for some gameplay footage, I can easily provide some due to the accessible screen recording iOS has should anyone want some for some reason. 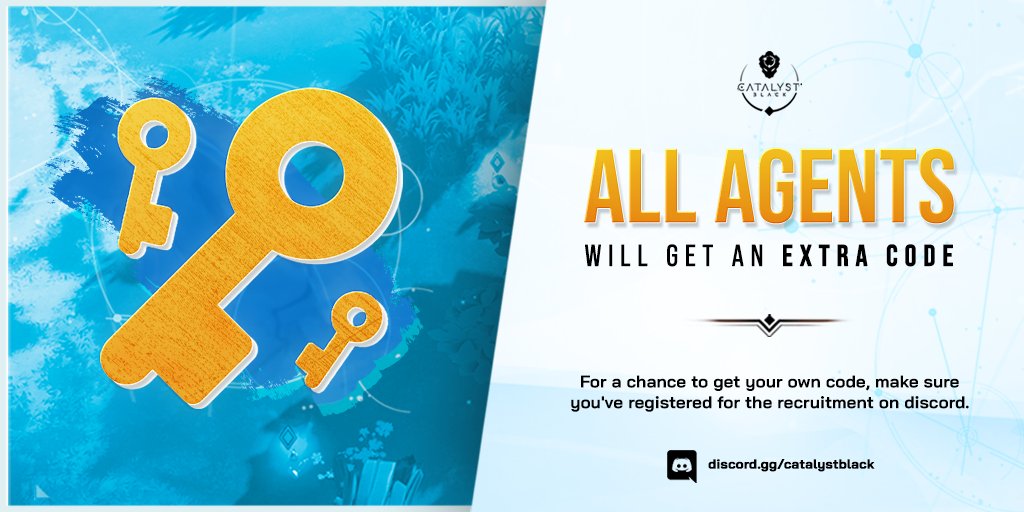 We are doubling the size of the Secret Service (Early Access). All agents will receive a recruitment code that they can share with a friend. Now's a good time to start engaging your pro-level social strategies. 😋 Here's hoping an agent will recruit you to the Service!
cha0z September 8, 2020, 7:50am #11

That game will flop so hard that they would wish they had put that money/effort in revamping VG to be competitive and profitable if they continue that way. Ofc I don’t wish that to happen + I can see potential in that game too (even if more oriented towards casuals), but those marketing decisions… I just… ;( discord registration to try their game, releasing the game under another name and whatnot. Hope they realise their approach is not optimal sooner than later.

I don’t think it’s likely to enjoy the success that VG had in its heyday either, but I’m honestly curious why you think it’s going to flop.

Fwiw, I completely agree with you that their marketing sucks, as usual.

discord registration to try their game

A little salty when reminded of it but eh.

Do you still need it? I got the key but don’t have iPhone.

Honestly I would gladly take you up on that offer, but It would be wasted on me since I barely have time these days.

Thank you for the offer though! 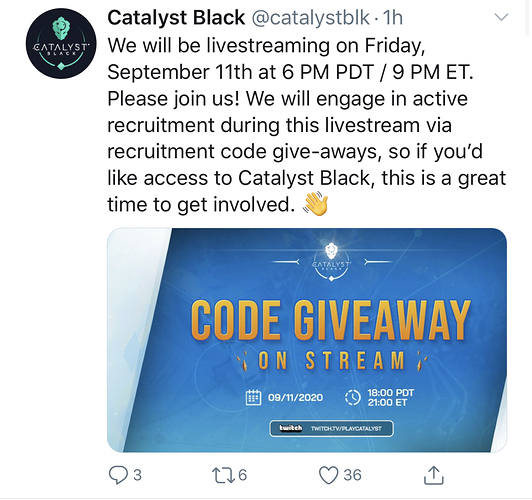 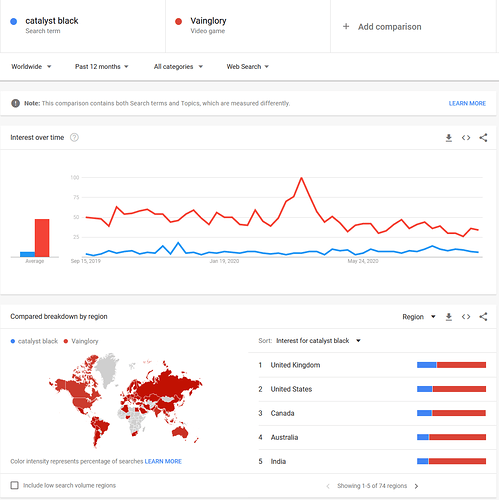 Maybe they should have stuck with Vainglory?

Catalyst Black early access can now be downloaded from Tap Tap store on Android and doesn’t require VPN to play.

Anyone here playing it? Feel free to post your impressions, if so!

I played it for 2-3 hours today. As it’s available to limited people, you usually end up winning/losing against bots. Gameplay is fun with good depth and many cool modes to try. Graphics, control scheme and sound effects are top notch for a mobile game but menu UI is bland and confusing (will probably improve before global release). So yeah, overall really enjoyed it

I know it’s an old post, but I still think that vainglory was salvageable if they acted quick and with no hesitation/not saving resources. RN they basically just delayed the bad outcome while they had a chance with VG, especially given how much WR delayed. Hope I am wrong ofc, but I just feel that catalyst black won’t achieve what VG did and could if they didn’t abandon it - and I strongly count the game as abandoned when they started with the “one hero or no hero + some small balance changes” before they gave the game to rogue.

I also believe they missed the mark big time with the monetisation change they did. Instead of going towards riot way of doing monetisation, and they had all needed to do so with the high quality skins, good gameplay and dedicated player base, they moved towards the gambling lootbox fest.

They could just give a decent bonus via few good skins for the current players/veterans and switch to league type of monetisation - would prefer that 10 times and it was not going to compromise the game quality/premium feel. Something that WR have now, riot just knows not only how to create good games, but also how to monetise them.

Has anyone else played or also joined the early access? Im willing to give away my code to those who want it.