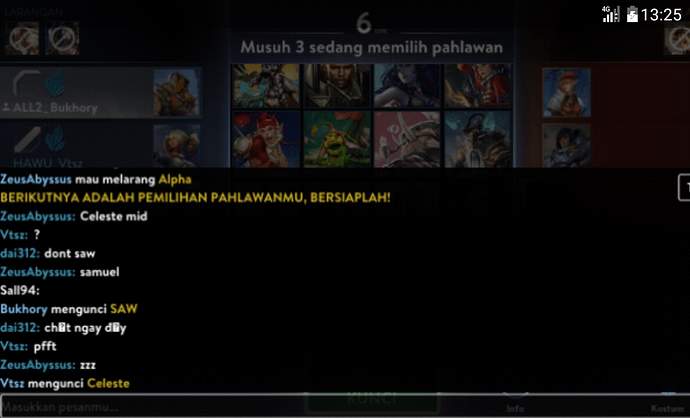 Welcome to the forums.

I don’t think Saw needs a buff. I think you should read up on win conditions for Saw. People not wanting to play Saw is not a good indication that he needs a buff.

It just means they’re not willing to play to those win conditions. He’s quite balanced imo.

I don’t play saw myself but I agree with Ve3nNo0wM, I personally don’t enjoy playing with Saw players all the time because they can require a lot of work and coordination around them. This can be tiring. Especially as a captain. Add that saw requires actual skill to play against smart enemies and you end up with half of saw players being incompetent. Of course, amazing saw players are very very scary to play against.

On top of that saw has counters pretty much everyone is aware of and unless you’re last picking last in draft the enemy almost always picks his counters as soon as they see you have saw on your team.

I don’t feel he needs a buff cause I’ve seen saw’s both wreck and fail. He a really nice counter pick and great against certain comps I think

saw has counters pretty much everyone is aware of

Saw doesn’t need a buff or rework. When played as and with right he becomes a ridiculous the problem is his playstyle as cp fits a very niche category

He got countered by every single mage in the game and most of the junglers. Ok. Doesn’t need a buff.

He got countered by every single mage in the game and most of the junglers. Ok. Doesn’t need a buff.

As for coordination it is a two way street you have to coordinate too. Most saw players I have seen don’t listen and when you don’t listen your team mates won’t listen either. I actually have found in 5v5 coordination has increased from 3v3. I rarely have seen many insta lockers or many trying to double or triple 1 role. I have seen some selfish players but not as many in 3v3.

Problem is me, who is a good SAW player, never have the luxury of being kept alive by my team whenever I play SAW. Yes. Either way, SAW will get mown down 9 out of 10 times.

Nope. I do not instalock SAW. I play SAW only when the chance arises. Normally, I’ll pick Gwen or Tony (WP bot lane ofc)

Obviously you don’t pick the right chanxe than

I only play SAW as a counter pick but even then, my degenerate teammates won’t cover me

Where did you find it…?? Did you make it at your self…?? Maybe thats rework its gonna be awesome

I don’t hate on a saw pick but what i do hate on is a wp saw pick that can’t communicate until they troll. Honestly i don’t really play saw but i do know when picking a saw as a counterpick you don’t need the babysitting like you do just instalocking him. That is true for any counter pick though. On 1v1 if it is a counter pick doesn’t mean ping for help constantly because you being a counter to a hero can’t handle it.

If needing help there are two real options:

1.Your enemy is in a powerspike while you aren’t.

2.You are getting ganked by multiple people.

These are usually the only two real points.

Otherwise you are being countered or outskillled by your enemy and deadweight to your team.

pardon my bad wording. I meant that people know what heroes counter saw and will pick them. And also that saw can counter certain heroes and certain comps. He’s NOT a “works in any situation” hero.

I can still whoop asses on a daily basis. I have spent hours and hours practicing him. I’m just worried about my teammates though. SAW CP can’t be played to perfection without coordination

Man, I’ve played SAW since I started playing VG. I know his weaknesses.