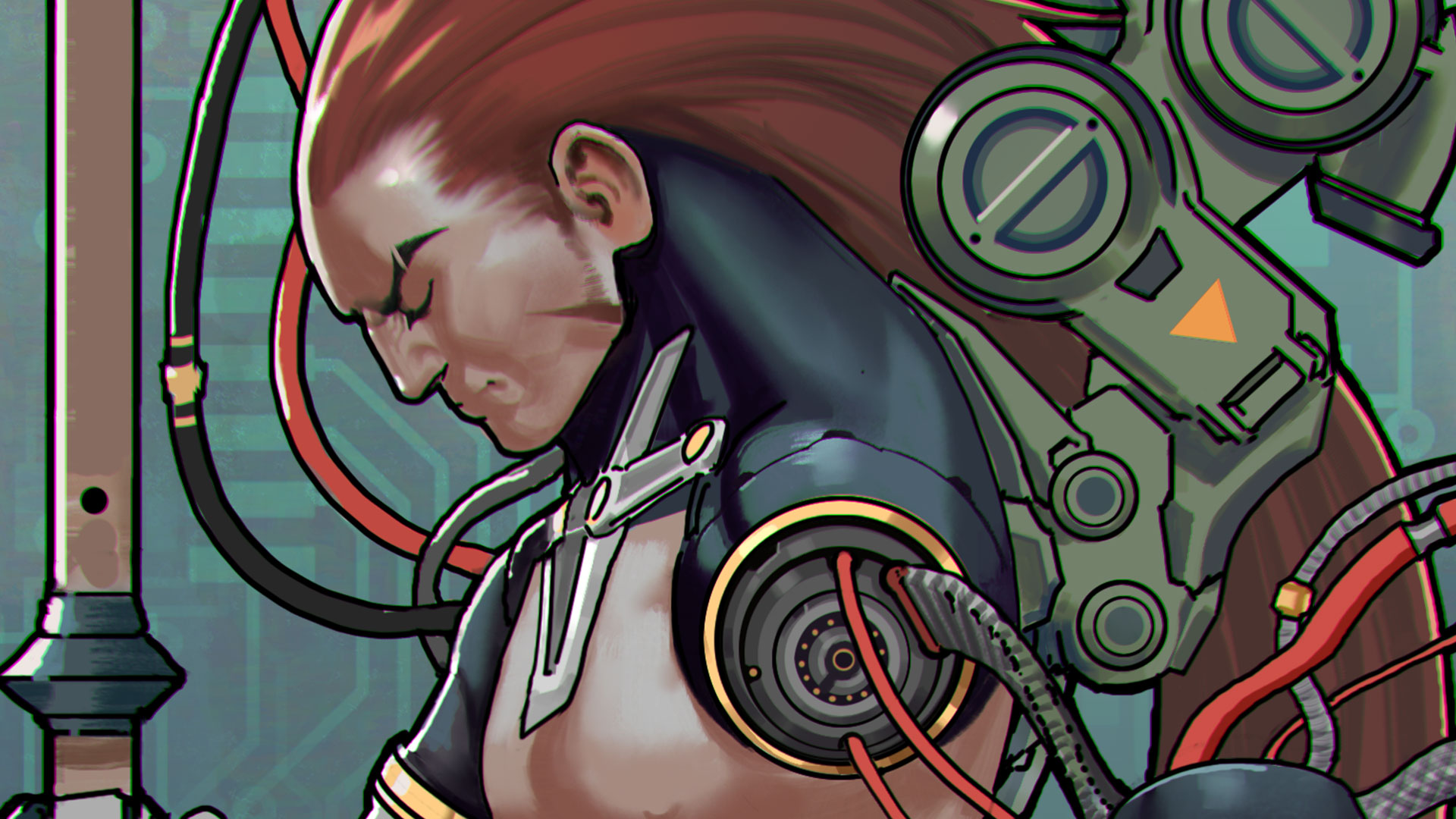 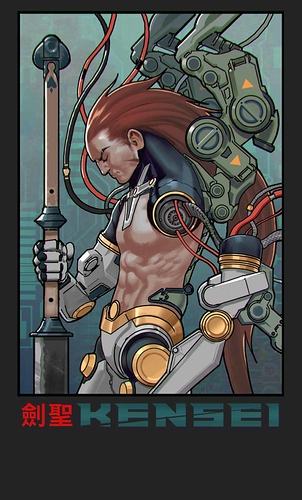 Seems like Alpha all over again. As if it’s bad enough that you’re heavily injured, they then enslave you to be their robotic murderer (i assume that’s what might happen.)

I’m going to say this with a heavy heart, but, this is an incredibly boring hero design.

i’m not impressed with his looks either, but honestly i’m just waiting for a monster hero like grumpjaw but scary not cutie

Honestly more hyped for Pae I don’t know why but magical throwing knives makes me content.

He’s the Third Boss so that rules out another hero concept, right?

one thing that i wonder is - whose story is first chronologically? Alpha or Kensei? because in both stories, Pae is present and presumably killed. but then again kinetic DID mention that this is electronic hypnosis, so maybe she manipulated his memories somehow?

LOL and then we have to bring our favorite NPC to the mix, Frankie, and things get really weird.

this is why i don’t like time travel in stories. messes everything up when not fully explained.

she’s really interesting, and i’d like to see that too, but if she’s just using a hologram, i wonder how powerful she really is? she seems more like the person working behind the scenes

All this Hologram stuff. He’s just reliving the moment he became the kensei right? confusing . . .

this line suggests that pae at least lost, maybe not killed but i don’t know because as far as i know Alpha killed Pae.

It is mentioned that kensei technically won, since Pae cheated, and honor still holds weight in Taizen gate. Allowing kensai the opprotunity to become Third boss.

In regards to Alpha, didnt Pae manage to escape in the lore? I remember one of the boss’ either escaped or was unaccounted for.

May have to re read my alpha lore.

They may of changed it too like bf lore

Yes, but I’m very unsure because of “third person conversation”… which sugar venom likes to do.

and also it ends with the hologram shattering.

“kinetic and Kensei” are admittedly, not real names. Hinting that the current Kensei could have been anyone before he became Kensei… maybe Pae?

It couldn’t of been a draw, it was to the death? the victor becoming the Kensei?

edit: after re-reading it over and over… the Kensei is being controlled by Kinetic - an alias of whomever built him…

2nd edit : It seems like to me the conversation Kinetic is having with Kensei is kinda like brainwashing him to realize his previous life as Pae is no more, which is why he’s refered as to in the third person view? i duno… too much matrix going on here…

i think you’re reading too much into it. Kensei was heavily injured from the battle, but he won in the end, whether because pae cheated or pae died, Kensei is still Kensei, not Pae. After the batrld, he probably lost his limbs so kinetic made him a cyborg, which also gave her control of him. She did say that Pae’s family is there for Kensei, but i guess it could be interpreted in two ways: pae became the character kensei (unlikely, i believe being kensei is a title) or kensei defeated pae, and no longer holds the title of a taizen gate boss.

In regards to Alpha, didnt Pae manage to escape in the lore? I remember one of the boss’ either escaped or was unaccounted for.

yeah i was wrong. sorry about that, just reread, alpha only killed the stormguard

Pae is def not Kensei the two of them are completely different and they were fighting in lore anyways.