This hero idea focuses primarily on being able to weave between attacks and abilities, granting additional effects when performed. It’s meant to be a combo-based hero that uses animation canceling and ability interruptions as a more intuitive mechanic for combos.

Note: I am aware that the numbers are definitely not balanced. They are there to give a feel of how the ability fits in. Numbers look so much cleaner than variables or placeholders and more detailed than a simple description. My intent in creating these heroes is to present a scarcely used mechanic and expand on it. I want other fan hero creators to be more inventive with their kit designs.

Weapon: dual daggers for basic attacks with dual pistols for effects when stated

Perk: Always Another Way Out

If you have a target selected and your basic attack animation is interrupted (by an ability only), then a projectile is immediately fired instead with an additional 20% WP ratio + 100% CP ratio. Additionally, the ability used to interrupt this basic attack ignores cooldown, but this portion of the perk goes on cooldown for the same duration.

Valter runs in a targeted direction, slashing the first enemy with his daggers.

If the ability is interrupted, then Valter fires 2 shots in the same direction for the remaining distance plus 2 meters. Bullets disappear upon first target hit. Each bullet deals full damage, but if the second bullet hits the same target, it deals 25% of full damage.

Valter rapidly spins around for a 3 seconds, slashing at all enemies close by at set intervals.

If the ability is interrupted, Valter fires bullets in every direction that slow enemies and deal the unused amount of damage of the ability plus an additional amount.

c-c-c-combo breaker sorry I had to

Valter blinks on top of an enemy and rapidly fires bullets down on it for 2 seconds, slowing for the duration of ability and dealing damage at set intervals.

What do you feel a combo mechanic actually is? (And does my idea fit into your definition? It wasn’t clear)

I didn’t really intend to make Valter fit with taka and gwen, but I do admit that they were in my head when I created the theme of the hero.

I adore the concept though. I would have gone with throwing knives instead. (As secondary attacks) 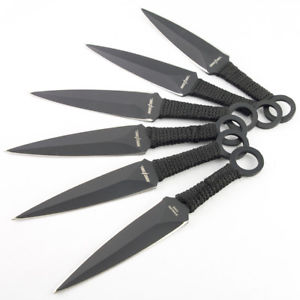 That would be a full on dagger assassin who will connect to his target at all cost.

Actually yes, your idea perfectly fits into a actual concept of a vg hero. Different paths for each ability which leads to more utility in team fights. i have yet to see a Vainglory hero do the same. Idris only combos his chakrams and that is it, a basic combo.

I do agree with you that the basic attack is kinda too precise, but I wasn’t really sure how to make it trigger all the time but still keep the interruption idea. It’s either interruption or simply choose an attack target, but I wanted to use interruption as a core mechanic for all of my kit.

Oof, I totally forgot about those. I started out as a gunslinger kinda thing (basically the Tenno from warframe who are ninjas with guns and abilities) and I totally forgot to swap out the guns with something else when I made it an assassin theme.

Another way to integrate combo’ing is ability combination (like the name combo implies hekekekeke)
For instance, if his A is used and B interrupts it, he starts firing bullets around him while moving to his dash point (slowly, like a spinning top)

If his B is used and his A interrupts it, he instead dashes and fires his bullets behind him

The only problem is that this setup creates 3^2 number of abilities, and is very similar to characters like Blackfeather’s grillfriend where they already cheat their way into more abilities

Such characters take more effort in every step of the hero’s creation, both artistic and technical.

I agree with the complexity issue and the cheating power of adding too many variants into abilities. As I said in my “backstory and thought process”,

Additionally, I didn’t want to heavily punish the player for not performing a combo because that would no longer be intuitive - it would be more of a burden created by strategy. That’s why my interruption effects don’t seem to be very different from completing the ability.

nononono I meant the combination of abilities separate from the perk, as a separate idea

Oh ok, I see. 9 abilities is still definitely difficult to juggle and to fight against. I still understand how you feel. I think there was a fan idea a while back that did something similar.

Found the thread. Are you referring to some idea like this? Hero Kit Design: Yugana - Bo Master

Go look at guild wars 1 assassin skills. That is the best combo system I ever saw.