Are there downsides to Grace?

In my experience which obviously isn’t objective…
Grace is the strongest captain in the game. She has the most loaded kit I can think of and is a priority pick.

I will gladly play captain if it means playing Grace. 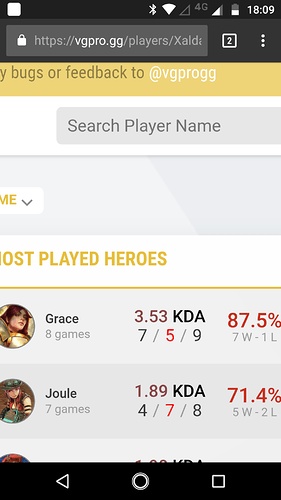 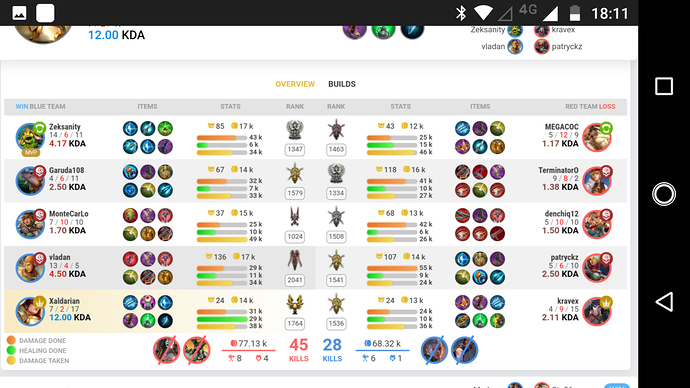 My personal experiences expressed in pictures.

And her overall winrate: 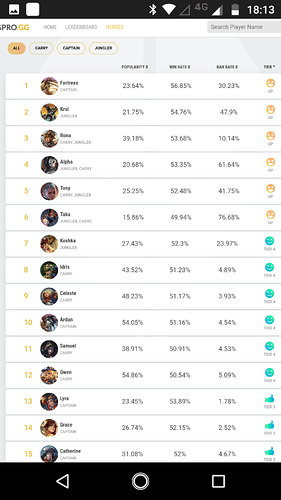 I can’t find any weakness to her except kiting snipers but that is it.

She is kinda squishy for a frontline captain.

Not with a shatterglass barrier… That match I showed I dove into 4 people and they focused me yet I could boot out and then heal myself. Her passive damage reduction when building CP is quite big especially when you use your A.

Her a is pretty predictable and easy to block or get out the way removing her ab combo. While her ult is amazing it leaves her open during a long casting

When I play Skye, Grace is the perfect target to build DE stacks. Grace is so predictable and extremely susceptible to kite. And btw I cant even count how many time I stop Grace’s A with Lyra’s Bulwark

You don’t combo A+B. You dive in with A then run past your target until your target is centered and then you B which is very hard to avoid without boots or a mobility skill. You abuse the slow from your A to move past your enemy.

Her A has a rather long range and once cast will close the gap no matter how long the gap became in the mean time. So avoiding her A isn’t all that easy as you make it out to be.

She doesn’t have any obvious downsides which is what makes her so versatile, but that doesn’t mean there is no reason to pick other captains.

Grace is best with semi dive oriented team. For example Blackfeather, Gwen, Samuel, and Grumpjaw. She can shield the frontlines maximizing her damage reduction on A and Ult, peel for her back lines, and generally put in a lot of work.

If you are a full dive comp however Fortress is a better option.

If you have AOE and are a teamfight oreinted comp I’d go with churnwalker.

Just because grace can do everything does means she is good in every scenario.

As a Grace main I can say she is easy to lock down if separated from her team. She has no escape options outside of dashing to jungle creeps or boots, but WP Grace will duel you to the death and she will HURT, so stay away :^) she is still a great flexible hero tho. Great captain and jungler, but also a solid laner.

Grace is incredible strong, not to say she isn’t susceptible to sniping, I find her easy to build stacks on as Vox and a sitting target for Skye.

However I’d say she’s never far from a meta pick. She’s got great utility an is capable of applying a tonne of DMG.

shes pretty great rn (top tier captain, probs right next to lyra), her only problems is that her ult takes a long hecking time to cast + her b is avoidable and a joke if the enemy knows what you’re gonna do (pretty easy for them to figure out since its one of the most basic things about using her)

Any DE ranged mage really. Just kite her and build stacks, then melt.

grace is good and even great. Especially if you play with competent players (to use her shielding potential). Lyra is also a great choice even after the nerfs to B.

B is up quite often and if you are good - not that easy to avoid as you might think. I hit like 90% of my B’s vs poa teams, but then again - I main her. The ult casts a long time, but you forget the full shielding to your teammate while it’s casting + on you too. This is a + not a - if you know that you don’t need to wait the teammate to drop to super low or/and while being focused from the enemy. After all her healing is not 2k. it’s more like the half/little more than the half of your teammate HP. Casted in the right time, the ult is a blast that literally protects your teammate and then heals him up quite a bit.

She is kinda squishy for a frontline captain.

Not exactly true, while she can be “squishy” if left alone and without shield up from A or C - if played right she would be not(side note, her A gives passive dmg reduction too). Grace is not exactly the type of captain to be alone, she is to be with a teammates. When you dive with A you will get massive dmg reduction and I mean massive and if you are in a team - you will not dive alone, but with teammates that also got directional shielding and hurts. This while you are slowing enemy with A and her perk (yep, her perk also got a slow that scales with CP - useful as f) and stun them/force then to block/move from B. It changes the flow of the battle to your favour a lot.

But if you got a crappy team that don’t utilise that and still far away and thus don’t using the shielding and ofc left you to die - then it’s miscomms, teammates are bad, grace dive is bad… then yes, she will die quite fast.

last “pro tip” CW on grace is not that bad at all, combined with her skills cooldown reduction from attacks - she can use quite often her skills and ult. I prefer CW instead of echo (the bonus CP from cw even after the nerf is also nice for her perks, shielding, heal, slow).

Grace is such a good captain, she both facilitates dive and counters it (with her B and damage reduction). One of my favorite comps in 3v3 was Grace, BF/Rona and Fortress, I think my team had a close to 100% winrate with this comp in 3v3.

I think there are some weaknesses that should be acknowledged with Grace.

First, Grace is susceptible to kiting, though we already know this. Nothing more is to be said or explained.

Third- Grace also does not like tanking poke. She gets worn down easily with the likes of Celeste and Skaarf when they play it safe and poke from afar, and Grace is unable to reach them. This means that she has no form of sustain unlike someone like Ardan, Lyra, Churnwalker, etc. (She can heal herself, but with such long cooldown to her ult, it is better if she uses it on her allies instead.

Finally, Grace can’t protect her carry as well as some captains can. Once the shield duration is down for her allies, they become squishy again and the enemy team can easily focus on the squishy on Grace’s team and eliminate him/her and Grace can’t do anything but cast her ult and become useless for 1-2 seconds in a fight.Her stun isn’t a kind that can be used to stop the enemy from killing her teammates as she can’t easily retreat once she dives in, as when she dives in, she has to commit to a fight as she has no escape. Lyra has a speed boost, burst heal, and a bulwark that stops enemies, not to mention her portal(though it can go both ways). Ardan has his gauntlet and his vanguard. Catherine can bodyblock with no fear for being bursted down for 3-4 seconds and stun diving enemies.

I’d could counter some of your points, however the one I feel you’ve got seriously wrong is her ability to peel / protect allies.

Her A offers a wonderful barrier, her ult heals and provides additional barriers for those it’s cast on. Her B is a wonderful tool to disrupt anyone attempting to gank or kill an enemy as it zones out an area of the map (a curse to mostl jungle hero’s). Sure this puts her in harms way but that’s the role of a tank (Ardan vanguard does the same thing).

Personally I feel she is a roam who offers tremendous peel, matched only by Ardan, Phinn and Lance.

i thought she is a wp utility carry…

She is a roam that with the right build can be utilized as a good carry. Though her downside as any role is speed