So I figured I’d be consistent and post my latest experience of 5v5 having not played since the weekend.

Last night I queued for precisely 7 matches. 3 of these matches were dodged after much in chat toxity, and I quote “you’re all scrubs I’m dodging” from the VG bronze first draft who had happened to ban saw (thanks for that, pro move).

I the managed to get a match, hurrah, which turned into one of those games were the duoq mates locked in roam and jungle and roamed around the map together forgetting that their were more than 2 players in their team. We got snowballed, pretty hard… when I asked one why he didn’t provide me any support in midlane as a roam he replied “hahaha learn to play and fend for yourself, but a book of… it only costs 300G”, this was followed up with the usual “noob, &@£” ur Mom” (spelling is never a strong point for some in VG).

My next three matches all lasted between 3 to 4 minutes as we got AFK’s, which actually worked out well as I got a significant elo boost, but which ultimately left me feeling slightly cheated given que and draft times actually meant I wasted over 30 minutes of my life.

I’d also like to point out that the last three matches had me playing with professional VG gold players, which could have been fun if it wasn’t for their instant toxicity in game “urghh playing with tier 9 noobs”.

No offense, but I’ve moved this to the Salt Mine. Let’s try to keep the actual 5v5 section for more productive discussion, instead of salty complaints about matchmaking. Not that you’re wrong to be salty lol, sorry about the rough games.

To be honest he is right. It is no players fault. SEMC need to act. I find it just downright hilarious that they are “fixing” it by making past mistakes. Last year I had queue times of around 1 hour because of dodges and no penalties. How do SEMC fix their current BS? They remove dodge penality and lpq. Isn’t that just ridiculous? In a way they’re making it everybody for themselves. If you don’t wanna be a victim of poor match maker, dodge. Very unprofessional in my opinion.

I understand, I kinda feel it deserves to be in 5v5 because I’m not salty, just fed up with the lack of response from SEMC. Even pro streamers are complaining about the terrible draft / match making experience.

Think I’ll turn this into a daily blog lol…

Dodging is rampant now, my experience last night was roughly 50% of matches, combine that with AFKs and you’ve got a 15% rate for matches actually reaching there conclusion.

In short I played for around an hour and half, of which only 18 minutes was a full game (which was a giant snowball).

Yeah I know that. Same here. Worst thing is they’ve already done this mistake before. Seems like they aren’t learning. I absolutely despise dodging and never dodged when it was 30 dodges 1 game (with terrible draft as this is the only one people don’t dodge). Now they seem to be going for the same thing.

My take on the consistently poor matchmaking, especially in the higher tiers, is that the number of people in a particular queue in any given region is much smaller than is optimal.

Think about it: here are the possible public queues in a region:

I think SEMC shot themselves in the foot in many ways with 5v5 – long queues and poor matchmaking has been the norm since 5v5 … it’s really hurt the game.

I would accept this as an answer if I wait the usual 8 min and then get poorly matched game. If I have 40 sec queue and get people 5 tiers below I do not accept the lack of players as an excuse.

Seems like his problem isn’t just a matchmaker but a community problem. Instead of rolling with it the way he worded things players were tilted and toxic before the match even started

I agree, i feel too many game modes and a finite player pool certainly has a detrimental effect.

You might disagree given you play “casual” mode but I say less emphasis should be placed on balancing these games. It’s far more important to ensure the competitive game is balanced; I know wen I play casual I’m less concerned it’s the final outcome as I’m neither losing or gaining anything but his isn’t the case in ranked.

Nope, I agree with that.

And these 30 characters agree also.

Yes and no, that might explain the dodging but doesn’t explain the afk’s or my matchin with VG one game and hotness the next. But you are right, draft can be incredible toxic with ppl dodging for any perceived insult or slight etc.

I’m going to update this thread regularly , detailing my in game experiences at tier 9.

I know this is your thread but I thought I should post my perfectly balanced games too. 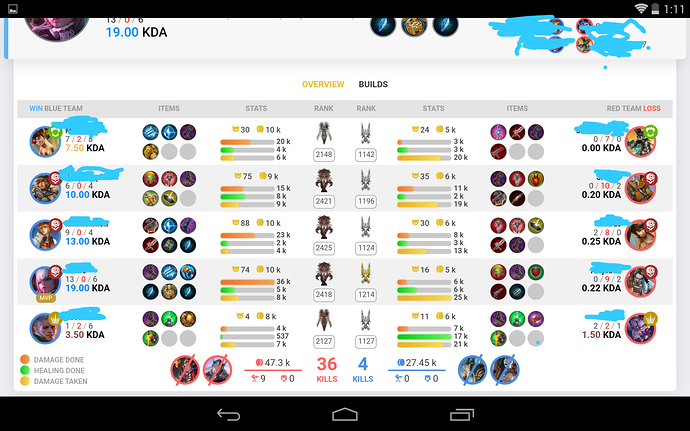 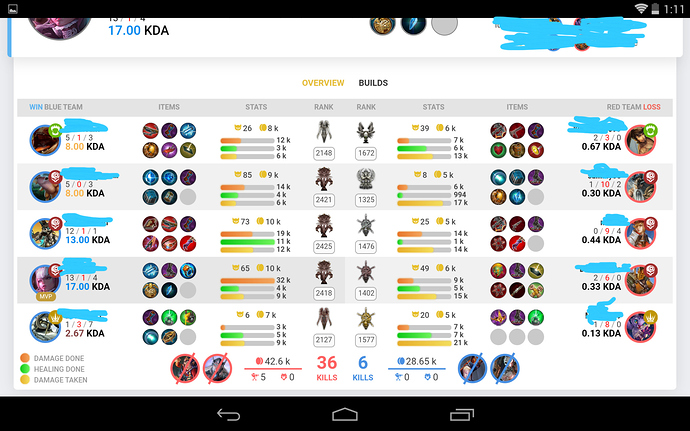 Both games under 2 minutes queue, one of them under 1 minute. This is just a waste of time. Nobody enjoyed that and our team got no elo, their team probably didn’t lose any. I don’t think this should ever happen in ranked.

Yes, in t9 the dodging is in 50+% of the games… combined with the wait before a game starts and voala, I frequently end up with one 15m unbalanced game in 1h of my limited free time.

I am sure tht they expected the player base to boom to the point that this is not a problem… well, it didn’t. Just a little more players(actually a lot old players left) for a lot more modes.

SEMC need to act fast and advertise this game to casuals.

Wow those are tricky awful…

So I feel I should provide a balanced log, having replaced the phone line my dog chewed through last night I managed to play 3 matches.

To my surprise toxicity was low, draft choices sensible and nobody dodged (I did lock in roam to avoid any arguments). To be fair one match out of the 3 had a midlane CT gold which had a significant impact on the outcome (don’t jump into a fight with CO Baron dude).

The matches themselves were actually good, in all three we were ahead from the start but they didn’t snowballl, with each lasting 20 minutes plus. Picked up three wins pushing me back into POS silver and setting me up nicely for a POA gold push over the weekend.

i can see only one working solution here:

the blitz rank isnt shown anymore, instead you get medals to show off in the loading screen for doing well in the events.

casual 3v3 and 5v5 are always availabe, casual blitz and br only when there is on blitz or br event going on atm.

do that along with a permanent unlock for charms (glory and a small amount of opals for each), a few select skins you can buy for glory and reduce the whole talent cash grab to sth reasonable and many old players will consider returning.

make 5v5 rank time limited. as in: you can only rank from x o clock till y o clock. the time is different for each server and catered to some good ranked games in the afternoon/evening. weekend is all day long

This would alienate groups like 2nd and 3rd shift workers. Not to mention each server has multiple time zones