Zekent on the Future of 5v5 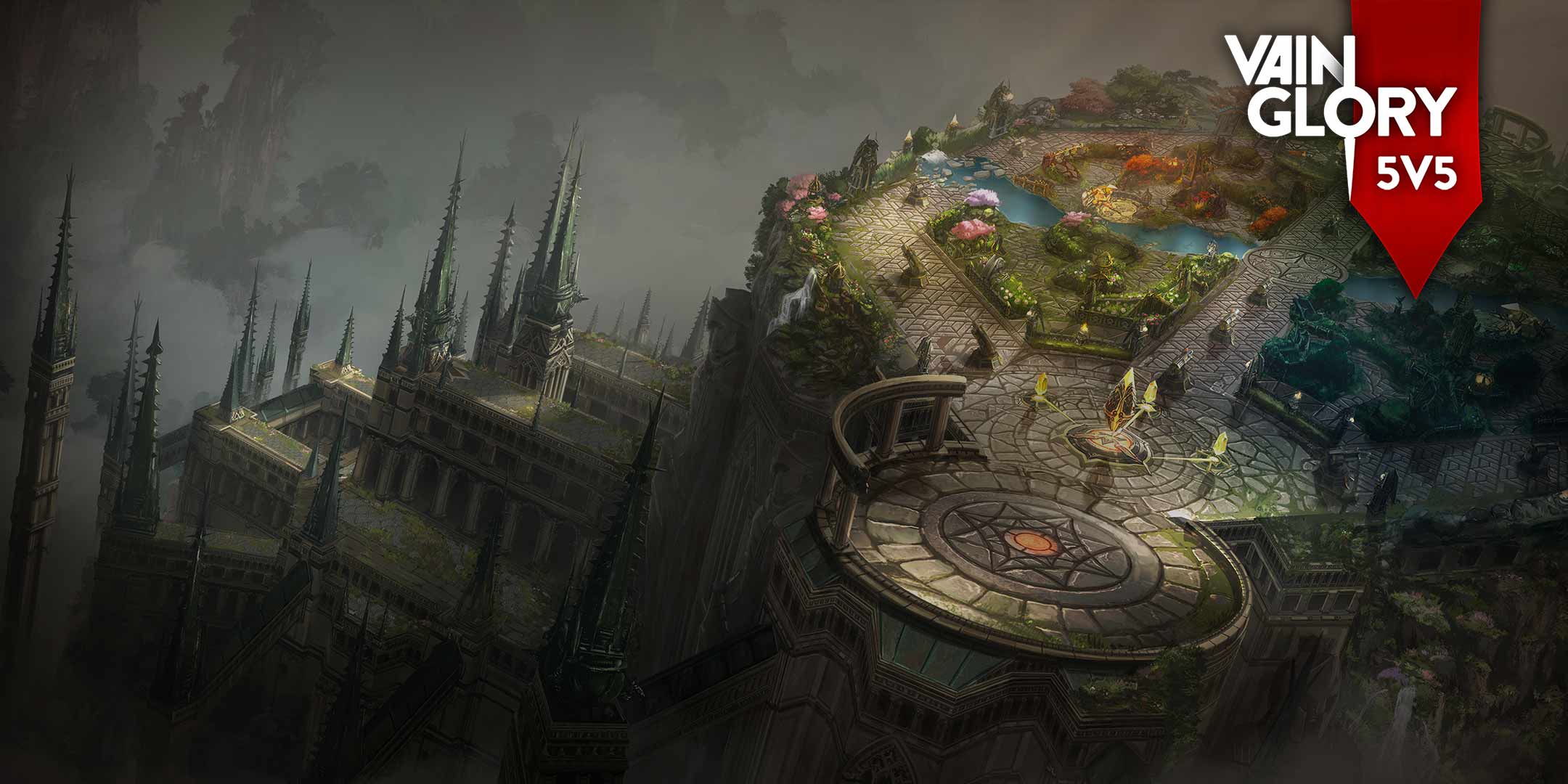 With a whole slew of changes in Update 3.7 shaking up the meta, we wanted to take some time to discuss the direction we’re planning to take the Sovereign’s Rise over the next few updates. The following is a list of some of the major goals we want to...

While I appreciate the communication, I thought they would focus on fixing this tank meta that effectively cuts their oft-played roster to roughly half

Yep, my first thought exactly when I read the note.

I think that’s somewhat implicit in the article, particularly in the comments on roles and how they relate to xp, the role of the jungle, and the capacity for varied play, but you’re right that they don’t directly address it (and probably should).

Zekent said this in the reddit AMA, for what it’s worth:

Triple utility/tank meta: Will still be viable but not always optimal. In fact, there should be no “optimal” team comp, we would like various comps to work depending on what each team picks.

Jungle should be able to take a variety of routes off of match start and depending on the state of each lane, they may find opportunities to gank.

For the first few minutes of the game, making sure they get a good amount of experience and gold will likely be a high priority unless a solid gank opportunity presents itself.

We’re aiming to create a few options with both full clear and gank heavy routes being viable. I don’t really believe in an “optimal” route but rather a number of viable routes given the situation.

So… time will tell. I’m optimistically interpreting this to mean they’ll be looking at trying to up the strategic potential of the map.

At least he acknowledged and addressed it. I’ll be optimistic as well

Getting rid of the gold funneling strategies and creating a meta with a lanning phase would indirectly fix the tank meta. Funneling so much gold to your mid and bot laner means that they can carry the game by themselves hence why the other 3 members of the team go utility. They got their priorities right for once.

Imo the whole post was really vague, it doesnt tell how they are going to change it but just plainly saying they’re planning on changing it.

A bunch of empty promises

I read it fast so I may have missed points

Not really what I wanted to know, Im asking what aspect are they focusing to change.

The tankiness in heros?

Not really the answer for “We are looking to nudge things…”

My exact same thoughts. It’s nice that they want to update us but there’s nothing in the post useful at all.

they did give an insight tho they said they want to make every role more specific so that players focus on their lanes instead of spending most of their time in the jungle. Basically they wanna create a lanning phase instead of these gold funneling strategies but obviously they’re not gonna say what part of gameplay they’re tweaking to acheive that

Im not gonna repeat what I said but ok

Triple utility/tank meta: Will still be viable but not always optimal. In fact, there should be no “optimal” team comp, we would like various comps to work depending on what each team picks. - Zekent

Alright, so here’s the truth that needs to be said.
Triple utility/tank is a disgrace that should have never been viable. You should just immediately be at a disadvantage if you blindly go triple tank, and even if you get a good draft with it, that should be almost impossible against higher tier play. The reason is because PLAYING AGAINST MULTIPLE TANKS IN VG ARE DUMB AND BORING AND ARE THE OPPOSITE OF FUN. Vainglory is meant to be a fast paced MOBA, but nothing brings the game to a screeching halt than two teams trying to bait out pulseweave procs for a whole two minutes because if the enemy has pulseweaves they’re going to destroy your backline. Plus, considering how many damage dealers are in the game compared to the other tanks, it makes no sense for teams to have more pulseweave spammers. God, it’s so clear why VG’s balancing is so bad now, the way Zekent looks at things is FUNDEMENTALLY BROKEN.
The point of balancing is to make the game more fun, since when the game is more fair, it’s usually more fun for everyone. But this means you have to find a balance between feeling powerful and still being able to outplay the enemy. In this current meta, everyone dies so god damn slow that nobody feels powerful, and it’s BORING. It’s not like there’s a chance to outplay a Grumpjaw, Tony and Ardan all running at you with their speed boosts activated when you’re a bruiser with two damage items and a husk. If triple utility is viable, then the meta is clearly absolutely shit. Not always optimal my ass, it shouldn’t have happened in the first place. I have trouble understanding this level of incompetence, and the idea that they fired Niv and replaced him with THIS pisses me off.

This is why I play Onmyoji Arena. At least in that game, you can do damage. (Tanks do much more damage amd have much more CC in the game to compensate for how fast they can melt. Which is nice since a tank getting caught out can actually end in them dying. Tanks are way better in that game. YEETS is the most dissapointing hook character in any MOBA ever.)

Also I just watch a video of surprisebirthday, stating that they will delay the update with two weeks and kinda that all next updates will be released at 6 weeks instead of 4.

If that’s true, only shows they now don’t have the dev power and slows down the development while returning as much profit as they can before shutdown.

But posts like that should be in the core message. Nobody wants to sift through reddit to find bits of info…

He speaks of general directions etc.

At least Nivmett had clear communication…

In AOV and ML most items are hybrid like stormcrown and shiversteel. You can take several offensive items that grant beneficial defensive stats too. This allows carries to build like carries and still be able to take a hit.

Tanks on full defense are hard to kill.

3.7 would have probably been one of the most balanced patches if Kensei didn’t receive his nerf (he only needed a tap, he really was just benefiting from the fact that we have a tank meta going on right now) and if some other bruisers got their prior damage back (Rona) and some tankiness (BF). Those three heroes would have been game changing if played well. Rona can get CCd easily so mastery of RB and your captain using his Cruci would have basically meant you can hopefully spin for a while. Then you have BF who can split push lane and 2v1 against one carry and a CC utility tank.

I don’t understand what’s so toxic about running triple tank and two hypercarries. There really is only one viable archetype for hypercarries and that is AoE damage. Baron and any CP mid laner does well. Heroes like Kinetic, Vox, Skye, Ringo, and everyone else that relies on single target damage are just damage dealers who scale up in a teamfight and try to clean up whatever their mid laner didn’t kill. Their damage is lack luster for the most part in teamfights and they do best in small engages. If you’re having problems with the meta literally ban Baron and a AoE mage and pick up whatever you want since apparently your team doesn’t want Baron. This game also has assassins and I find it quite funny how when assassins begin to assassinate SQUISHY CARRIES everyone goes nuts and starts smashing their keyboards saying “PLEASE NERF TOO OP FOR ME I DON’T WANT TO BUILD DEFENSE.” If we still had viable assassins besides Anka then it’d be nice. Reza has been getting kicked around for so long even though he was never really that broken. He literally succeeded in top lane because he can bully ranged carries easily, if more people decided to pick up Glaive or BF he is basically a potato. Now we have no counters for hypercarries besides other hypercarries so good job community.

Now gold funneling is something that is actually becoming harder to do since this patch. I don’t understand why people think it hasn’t changed at all but it really has. It’s better as a bot laner to put vision in jungle and go to bot lane and farm the first wave and then take the enemy healer by your self. Just pray that your allies secure one side of the map and it’s GG if the enemy bot laner was hanging around mid because they lost their CS. The ambient from taking jungle isn’t worth taking anymore unless you pushed all your minions under enemy turret, because then you might as well. As a top laner you should try to control your healing treant and drag it under your tower where you can safely take it. But if you can’t take it at least get your lane CS. Mid lane rotations should just go with the flow of the game. Getting lane CS has become so much more important than getting jungle because of the changes.

Now I read something that goes along the lines of “tank heroes are boring and not fun to play.” All I have to say is that is subjective. It’s like someone saying that Silvernail is boring while I find Silvernail as the most fun ranged hero in the game. From most fun to most boring tank I’d have to say it goes from a range of Lance to freaking no one. All of the tank heroes are fun to play. All the heroes in VG are fun to play. GJ requires positioning and not messing up your A because that’s his most impactful burst besides his Ult. If you’re struggling as a bot laner against Grump then you’re bad because you have your jungler sticking in your lane the entire time. Being able to eat a really shitty bot laner and killing him under tower is probably the most fun thing you can do in this game. Playing Lance and pressing C+B+A+C+B+A+C on a garbage bot laner is also fun. And yes you can string your abilities like that if you’re good enough to land roots. Playing Catherine on low HP and popping off your shield the moment Baron uses his Jump Jets on you is funny. Landing that Bada Boom with Tony perfectly isolating the two hypercarries is basically finger ASMR.

Basically get better at bot lane because you can’t outlevel the enemy hero by two levels anymore if the enemy top laner is staying in lane the entire game. And tbh nobody in ranked plays 3 tanks, it’s usually 1 CP hypercarry, 1 WP damage dealer, one tank, one captain, and the jungler picks whatever he/she wants based on his/her mood. It’s kinda funny when people complain about the meta because are they complaining about the free damage that the carries can get off or the fact that they lost bot lane to the enemy top laner?