No, its not viable. That leads you to having 1 less damage dealer than the enemy team, which hurts specially when its the laner, the one that its supposed to Carry late game as he is the one with the highest amount of gold. Please, dont do that in ranked. 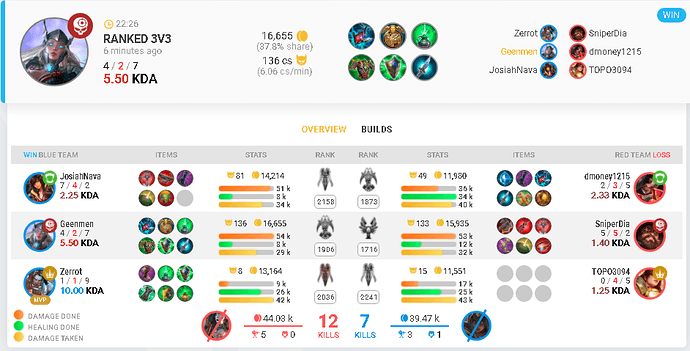 image.png942×480 149 KB
While I do understand what you mean by one less damage dealer, I did do quite a bit of damage, Matching up to their carries, most likely cause of the good ratios varya has
In 5v5 Im quite sure this would never play out however Id say if your an alright Varya player knowing how to weave in and out of a fight it should work out . Then again maybe I just got lucky.
RiseChu August 16, 2018, 9:57pm #4 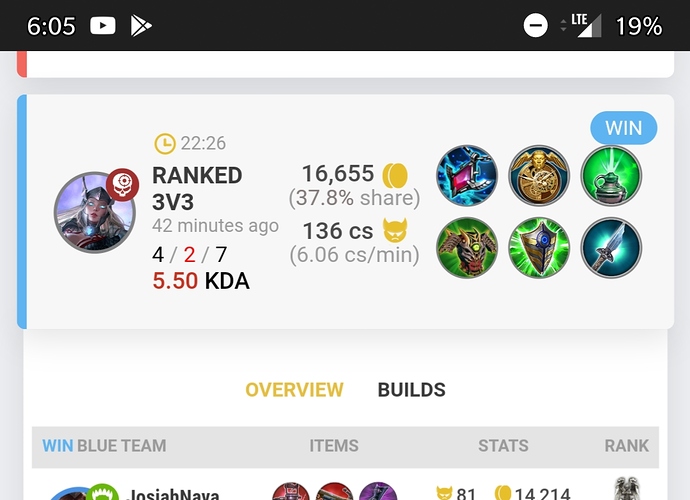 I don’t have the confidence to play Varya normally let alone try out a new build. I can’t imagine this would go well for me.

Just give it a try in a casual or practice who knows maybe you will find yourself a Varya main!

It wont hurt trust me

I’m a huge fan of trying off-meta builds, but I’m surprised this one in particular worked.

One of Varya’s weaknesses is her relatively low base movement speed. Once her B is used, she is very susceptible to concentrated damage.
On the one hand, you negate that somewhat by building extra defense… on the other, your barrier is tied into your only initiation tool. I would expect it to be used early into the fight. So how do you reposition without boots?
Unless you somehow managed to have the other team engage you willingly, then did a C -> A -> Autos until the B was required to avoid damage.

It’s really far from the outcome I would have predicted, but happy it worked for you.

I would say the build worked because of his tanks teammates , and no cc enemy or no good ranged carry shutdown varya ,

It’s actually hard for enemy to win in both games .

Well I’m actually quite used to not using boots as a player so that’s why that doesn’t necessarily pose a problem for me.

However the problem is how much damage you end up taking it’s more of sticking together, during those matches my teammates stayed near me minimizing the need for boots anyway. With everyone clumped (including the opponents) up Varya’s abilities work beautifully because paired with clockwork is keeps your B almost always up. Repositioning is all done using her B as you don’t have to use both dashes immediately you can use it to dodge skill shots or cc abilities with precision.

During my team fights it tends to be my team engaging not the other way around, as I said earlier if your team sticks together you won’t even need the boots. Also note that with her B she can cross almost any wall in the 3v3 map so she can use that for shortcuts (charge it to get two dashes and you can do a hit and run over the wall).

While playing the biggest problem for this build is that you rely on your team sticking together. If your teammate goes too deep without paying attention to how far you are, he’s screwed.
Yesterday I played a ranked match (t8 silver) and got paired with a guy 3 times in a row who refused to stick together with me and the captain and would dive straight in, we lost 2 of the 3 matches.

On the defensive side of things I have had no problem with the build, I can even kill an enemy kraken at an acceptable speed.

While the lack of cc did help, my opponents were all quite good especially their carry I was barely able to bully them early on and that’s because of my captains buying the healing contract and theirs not

P.S.A. Never match Varya against Lyra
There’s currently a bug that if Varya hits the bulwark she will be stunned rather than just stopped (it’s a long Stun too)