Please take it. I notice that some players don’t take the orbs dropped from killed heroes. It’s such a waste of damage since it’s a pretty useful mechanic in VG. 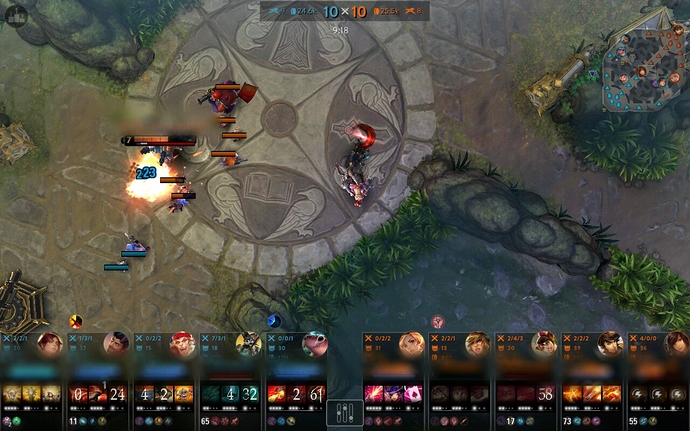 Yeah turns out people still don’t know that it’s possible…
I was playing koshka yesterday and dropped my CP buff.
I pinged my body so that my grace who was standing like 1m away from it would just walk over and take it, but instead she went RIGHT past it…

The orbs are hard to pick up though. You have to reach a very specific point. The visual orb and the object itself are not the same.

But yeah not picking those up is a shame.

We have caught you in the act!

joke its a joke

Saw is OP too. 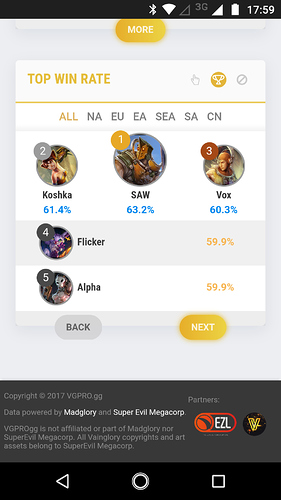 The orbs are hard to pick up though. You have to reach a very specific point. The visual orb and the object itself are not the same.

This. And it annoys the crap out of me, because I often have to go back and forth over the stupid thing when I don’t get it on the first try.

A small heads up that the animation for picking up an orb is confusingly slow so it looks like you failed to pick it up but in fact it’s slowly dissipating. Better visual clues would be checking your hero’s arm or appendage to see if there’s the buff attached to it. Or you can check the bottom left corner to see an indicator but that’s smaller and harder to notice on the fly.

Picking CP buff as Grace would be counterintuitive though if Grace were built tank, since the buff grants amplifier and not raw CP.

If you are the only ally near the buff, then it’s better to get some CP ratios on you than not getting or any or having the enemy take it.

Tbh, only thing that mattered at that time was an ally taking it. I died to a CP taka near my health camp in the bot lane, while the grace was right next to me and the taka engaged in a fight with someone else near out wp treant.
I was hoping that the grace would take it just so that it wouldn’t go to the taka, but neither of them took it lol

I feel happy even when the enemy picks it up. I just want someone to pick it up.

Agreed. I wish people knew. I’ve tried using the green ping on my dead body and the person I want to take it but I think everyone misunderstood and I probably got downvotes later…

As someone who played 5 v 5 with early access and had no idea about picking up orbs until I saw this thread, honestly it’s pretty easy to miss. Especially since the orb fading motion is so slow it doesn’t even seem like you picked something up.

Was expecting a rant from the title. A little disappointed now…

I feel they should have a sound animation for picking globes

It will make all you guys happy to know I picked up a total of 4 orbs in my last match.