There is no such thing as roam anymore

So I was just playing a match where we were winning, but the other team was holed up in their base and we couldn’t finish the fight even though they only had a vain crystal at this point. I started to back door, but that’s when the camera panned over to their crystal to show that it had been destroyed. I assume someone had beat me to the back door. When I saw that Ardan was the only one over there, I knew right away that he was a carry roam. When I checked VGPro, and I saw that he sold his build. I thought this was suspicious so I checked the builds. This was his build: 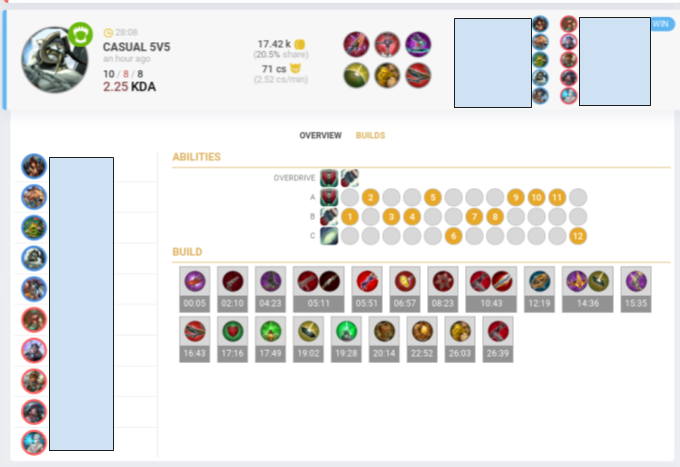 The best part was that Cathy was the same exact way. They both could 4v1 if they needed to, and probably thought they were big shots. The best part was that Ardan had said he was going to roam and did this instead so we were left with no proper roam, and had more than a few unnecessary deaths because of it, and was a large reason we couldn’t finish the match. The disappointing part is that this is all I see anymore in both 5v5 and 3v3, and makes me believe that the Captain role is considered dead. All I can think about on this subject is that it’s moments like this that really make me feel like the meta is slowly going to hell.

No, there are still roamers who properly roam, just the matchmaker seems whack, so we get utter noobs and complete monsters matching together in the same match.

I agree that roaming isnt really a thing in 5v5 right now. Partially because its new, partially because its a messy game mode overall rn armor/shields dont make enough of a difference so the go to for most people from what i have seen in 5v5 is building straight damage

In 3v3 i think there is still plenty of true roamers however there is also an increase of hybrid builds where the start roamer and then pick up hard damage items after picking up the fountain of renewal and maybe a crucible.