Its that time of the year again where its hot and sunny and Adagio and Baptiste weren’t invited to the Summer Party. So they decided to hold their own summer get together with their friends.

• Appearance: Adagio is fitted in a opened light blue Hawaiian/Floral button up shirt, sandy tan swimming shorts, and woven slippers. His wings are decorated with hibiscus flowers as well.

• Gift of Fire (A): Adagio sends out a lifebuoy* towards a ally, that is spins around them for the duration.

Burn or flames vfx applied onto enemies now appears as water particles that quickly drips off them for the duration.

• Agent of Wrath (B): Adagio applies his B onto his foe and the sigil effects are now changed to water balloons which also circle around a ally and also the number of balloons shown represents the number of empowered basic attacks left.

When Adagio’s Gift of Fire and Agent of Wrath is applied onto one ally at the same time, his A effect is shown lower than the B and the water balloons are shown higher than the circle Life Floaty.

• Verse of Judgement (C ): Instead of Adagio gathering his arcane magic into a ball and using it to blast the area underneath…

implode the ground underneath (similar effect to SP Caths ult of where the water shoots up from the cracked earth)
Or
throws the water onto the ground, creating a small and I mean smol, wave that spreads from the center location to the outer ring to where the ability ends.

I cant decide which sounds better…

• Recall: Adagio sits down and leans back on his beach lounge chair with a sun reflector, attempting to get a tan.

• Appearance: Baptiste sports some red swimming trunks, a bright yellow duck floaty that is rested upon his waist, and some underwater goggles on his head. And his feet are wearing flippers. (Going for a goofy beach/summer vibe)

His deadly scythe is replaced by a (insert color here) pool noodle.

• Reap (Perk): The soul smoke effect is replaced by water particles that flow towards Baptiste.

• Bad Mojo (A): Baptiste throws a water balloon at the targeted area that exploded into a watery surprise.

• Ordained (B) Baptise ties down his enemy with a either

A orange sea buoy* that floats and bobs with a watery link attached to the foe.
Or
Anchor that is linked to a enemy with a watery chain.

Again, another hard choice. You can decide which is better.

• Fearsome Shades (C ): Baptise sends a wave of water that fears all enemys hit. Simple as that.

• Recall: The ground underneath Baptiste becomes water (similar to Lorelai recall) and he floats in it while a shark fin circles around him.

Also since I split the summer skins into groups, it allows SEMC to create factions for some summer events like the Kensei faction event. <3

Also the Summer Adagio skin isn’t fully my idea, I remember some dev talking about it since a player brought it up.

This post is just crying out for an artist to bring your ideas to life! 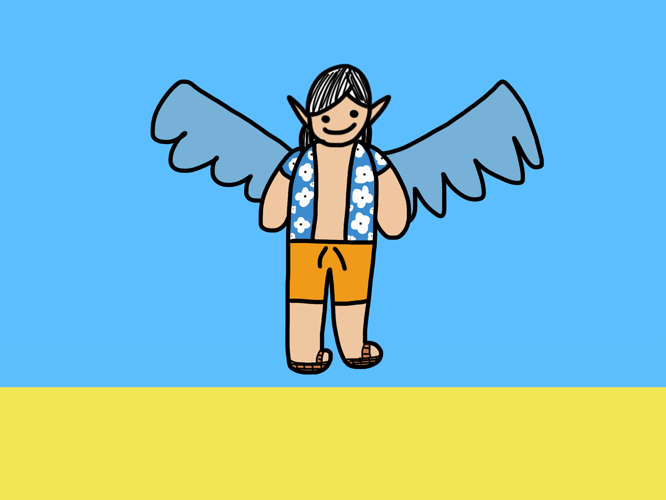 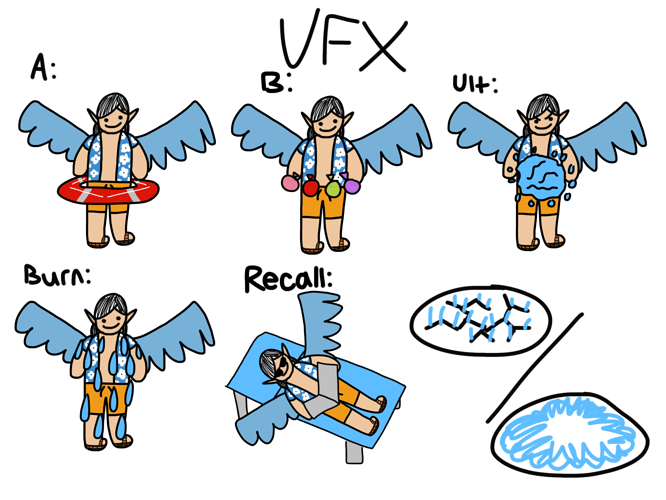 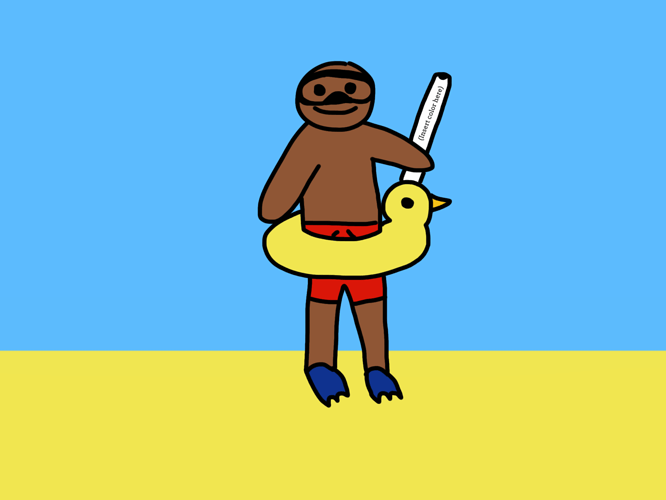 @hazeleyes @RiseChu Done with them! They’re in full color as well uwu

I instantly smiled at first look and they look better than what i imagined!

You made my day

They definitely took longer than I expected (especially due to coloring), but I enjoyed doing it and I feel like they came out nice.

These are just … brilliant. I LOVE them!

Let me tell you when I screamed. I LEGIT SCREAMED