Can someone explain me his perk’s description “this damage can crit for 2x.” How does it crit?

The doubled damage from the AAs on burned targets procs with crit AAs.

if skaarf builds wp crit items, his perk can crit with the same chance as his wp crit chance.

hint: not a viable build

If it’s not viable then what’s the point of it?

it might become viable in the future and why remove code, if you dont have to? maybe they decide for the wp buff to give crit chance instead of the slow? then it would be a nice buff to skaarf.

maybe you can make it viable? (pls not in ranked tho)

lots of heroes have ratios for stuff that isnt viable atm.

Skaarf’s crit animation is OP tho

Btw is anyone tried AC on him? I
never see an AC build Skaarf.

skaarf’s basic attacks still matter yes but he is incredibly squishy with no reliable escape, so ac wouldn’t be good on him because that means he’ll have to be in the middle of the fight.

because it doesnt give much cp and his attack range is so much shorter than his fireball range. most of the wp ranged carries can damage him, if he tries to aa against them. this means he needs to waste an item slot for armor as well and you need 4 damage items, boots and a rb to be a carry atm.
a+b combo > risky aa

I have just found this: 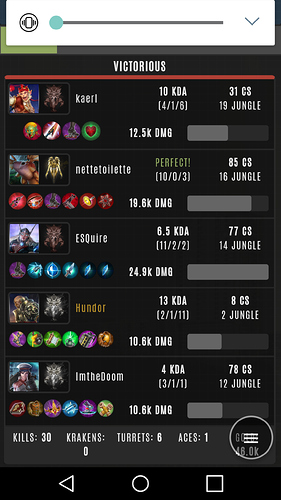 AC can work in some situations. When you are facing a melee laner you can make it work rather well. Maximizing the burn damage asap allows you to trade rather well.

AC also allows you to deal CP damage through auto attacks instead of the regular WP hits.

Another option is snagging a wp buff that grants attackspeed…

well, that was by a pro with his team. but a nice game.

That catherine build and damage though…

Ive seen skaarf AC and AS build before , it was like that because there was a taka in the enemy team , so by going AC and AS , taka get damaged and killed easier than by going full cp and trying to hit spitfire , as you know both items make cp basic attacks .

But AS is for burst dmg, AC is for sustain, right? Can they work effectively together?

Yes as is not only for burst but for cooldown too.

AC isn’t the best item, but his passive AA does a lot of DMG when you start stacking it, seem to recall people abusing this a while ago (think he was nerfed).