SilverNail's Tribal Skin is obviously half-assed (Sorry for the truth) 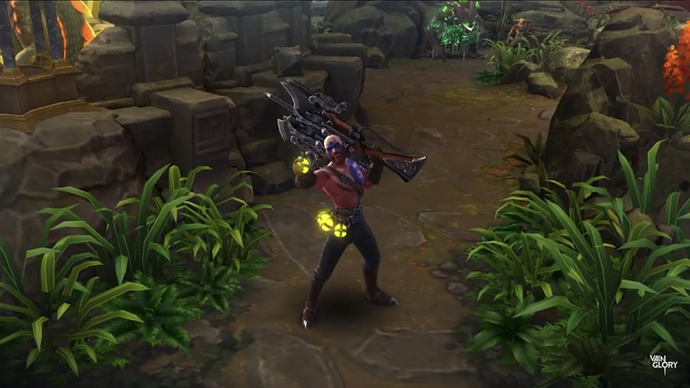 This is probably my most meanest posts but really.

How does a tribal warrior have a high tech crossbow… Atleast make the texture wooden or something.

I don’t remember tribal meaning old technology. Tribes still exist fyi. I agree the skin is half-ass but it’s also a rare so I don’t care.

Ik tribes exist, but they shouldn’t have made it on this particular skin. Imo it doesnt fit unlike a pirate skin for Silvernail.

Also idc if its a rare, i just find it lesser to the rare skins we have for the newer heros

Imo it doesnt fit unlike a pirate skin for Silvernail.

I don’t think he’s a pirate. I think he’s supposed to be a supernatural bounty hunter like Van Helsing.

But then, who knows, because there’s no lore.

Ah i think i confused you ;-; i meant that a corsair/pirate skin would be much cooler for a rare than a tribal skin 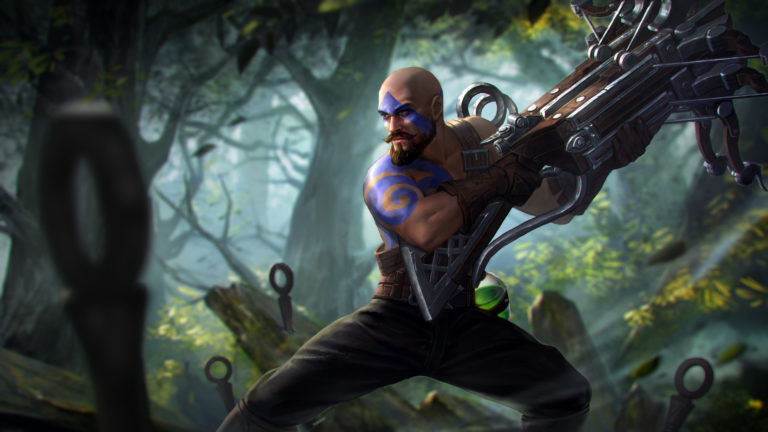 Lets create our own lore shall we?

In the spotlight he was attacking taka alot more and in most spotlights the heroes are being showcased with other heroes in the lore, so maybe someone put a bounty on taka and silver is out to take him out. Who would place a bounty on taka? Hmmm, maybe the brainwasher person or possibly people that takas master knew. Pretty interesting

Silvernail doesn’t exist. He has no background and therefor is a shade…

Ive seen you comment and i know for a fact that you’re mostly pessemistic as hell so im ignoring what you said.

Lol I’m not pessimistic. Half of what made vainglory a great game ia gone now that Sugarvenom is no longer active.

Characters were build since 2014… Now Anka has a sliver of lore and Silvernail has nothing. So he is just a string of animations without any character at all.

That’s not pessimistic but realistic. Many aspects of the game are down the drain. There is still hope though but new heroes will be karikatures instead of characters if you understand the literary meaning of that reference that is…

That word looks appealing physically…idk how but…

The new roamer yeets has also a sliver of lore. Neato said he was from a new territory in the land og VG

EXTRA SUNLIGHT…Aaaandddd
NEW CONTENT CHESTS THAT NO ONE BUYS!!!

Tbh, all the rare skins that come alongside each new hero ever since Varya (except Tony’s skin, and Malene, who doesn’t have any) are just recolours. They can’t not look cheap in some degree.

If we think about it, even event-skins, that normally would be higher quality legendaries, are just recolours, like Contender Ardan, Origins Idris, and that golden recolour of Netherknight Lance we got for 5v5. Probably Contender Kestrel will be the same.
Even dAv11d Reza’s design looks kinda austere for the big deal it was supposed to be, but maybe I’m just pretentious. xD

Add the fact that SV’s workload has been minimised, and you can’t not notice how SEMC’s creative department has been faltering for quite a while now (exception being the hero designs themselves)…

And ya I know I look like a crybaby lmao. But I can’t help but point this all out, because I know that if SEMC could produce better stuff, they would give us better stuff. So they must be at an impasse, which I really hope is temporary, especially SV’s lay off.

I wonder why it is so though. Anyone have any idea?

You made me think and realize how all the rare skins in the game have been simple recolors. Like Skaarf’s T1 skin and so on. It’s true that some do have model changes like Fort rare and Tony rare but most are recolors. Then you have the epic skins which are always model changes and the new ones have different animations and sometimes sounds. The legendary skins have all of that but even cooler and it gives them the “Legendary” vibe. If anything skin quality has gone up.

Literally everything you said regarding the creativity of skins is completely wrong. Pointing out promotional “rare” quality skins that cost 599 ICE and saying that the creative department is failing makes no sense lol. These skins originally come out with the hero in a bundle so players who use to purchase the hero first gets rewarded because of the discount. Those skins are simply just there to “reward” anyone who bought the new hero when it comes out.

Summer Party Fortress is such a nice skin, Tea Party Grace appeals to those who like comical twists to pretty serious heroes and NN Reza is just sick. The splasharts and the skins themselves have increased in quality greatly. Compare something like Adagio’s legendary to his Ra’Adagio skin it becomes pretty obvious in how much better the skins have become over time.

I’ve noticed the trend that when a new hero comes out with a skin, there tends to be no model changes, just a simple recolor. But when an older hero gets a rare skin it does receive some major changes.

The Lance skin basically thanked you for playing the early access and it looks good too. The Ardan skin is free and the Idris skin you can consider it being one of the rewards you get alongside that large amount of ICE, essence, and glory. The Kestrel skin is free as well. Reza skin feels like a model change and when I say feel its because I have played a lot of Reza with his base and his other skins as well.

Although I do agree that it is sad that SV won’t be writing lore for VG anymore because it gave so much depth to the heroes. Like Tony’s kit is so basic but once you have read the lore its just wowowowow. The way Tony’s rare skin was introduced too is amazing.

Im pretty sure once SV gets a full time job, she wont be apart of SEMC anymore. Then semc will have to find a new VO director.

Who knows. She’s been writing behind the lore articles from being passionate. I hope SEMC realizes that lore is important in any MOBA that wants to be taken seriously.

And just because the skins I mentioned are, as you said, free, or come in a bundle, or are a reward alongside ICE and Glory (aka worth it), it doesn’t mean they don’t look any less cheap. What you described there is a positive for the marketing department. Not the creative one. The skins are still recolours no matter how they are marketed.

The thing that bothers me is simply the increasing amount of recolours compared to before, which imo is problematic. Yes, most rare skins already look like recolours, but most rare skins earlier than Varya actually got noticeable model changes (not major, but just noticeable). They got something that didn’t make them look cheap.
Now ofc, you mentioned how the higher tier skins are better and ya I agree. In that aspect the creative department still got it. I guess they are saving resources for the higher tier skins, and make the rare skins be just recolours because it’s faster and easier. The byproduct is this disparity in quality between tiers.

Still, I can get behind the new strategy for the rare skins, but when it comes to event skins, I simply can’t see how a recolour can incite me as a player to participate. I am both an Idris and Reza main, and absolutely nothing in how the event skins look made me care about them lol.
I guess it all comes down to opinion, since I am a character design nut and I am mayybeee a bit too passionate about it to not be bothered by this new trend.
But it’s ok if it doesn’t bother you I guess lol. But all in all, I just feel that recolours risk lowering the standards of design quality (doesn’t matter how affordable they are). Hopefully that won’t be true in the long run…