Sharpness. This is my own term for heroes in MOBAs. Essentially what it means is ‘How focused is this kit on their main feature/s.’

For example, Malene’s main concept is about form switching. Anything that would stray away from that (such as her CP Ratio in all her AAs) would take away from her sharpness, while everything that contributes to it (AA enhance in form switch, for example) makes the kit sharper. Personally, whenever I think of my own characters in my head, they’re sharp enough to cut through steel beams. If anyone has ever read any of my character design things, it’s quite clear that for most of them I only had one idea or ability that I built them around.

Now is sharpness always a good thing?
Hell no.
I’m sure if you added the characters I thought of into the game people would hate playing against them. They’d complain about why a character can have an AOE 50% True Damage execute or a DOT on passive that can ramp up to being able to slowly kill you indefinitely or until you go back. However, the other side is that those characters feel AMAZING to play.

I’ve been playing Onmyoji arena recently, and every character design in that game is sharp. This partially comes down to some characters being modified copies of great designs from other games and partially because they were based on Japanese legends who already had good base designs for sharp kits, but the point is, it’s quite refreshing. It’s been a while since playing snipers that aren’t Baron is fun, because in Onmyoji, you can get ahead in lane and then eventually 2v4 with your support who is screeching in lane about how she wants to die the whole time, which thoroughly amuses me since she plays the main healer of the game. Sure, some games I get one shot. Hell, a lot of games I do. But a lot of games, it’s the other way around.

One may ask if it’s fair that when a late game character wins lane in Onmyoji, they can carry the game incredibly hard and autowin the game for the rest of their team.
I say yes.

It got me thinking about VGs characters. I’d say that many of those characters are actually quite sharp. Idris, Skye and SAW come to mind, and I would also put Varya and Y E E T S into that category. However, there are an equal number of kits that are dull, AKA incredibly general. Ardan, Ringo, Taka, Glaive, Cath, WP Vox / Kinetic, Gwen and Grump are what come to mind for me. The thing is, these characters don’t HAVE to be dull. Gwen could be incredibly unique just by changing her numbers and making her the WP Caster she’s clearly meant to be (Buckshot WP Ratio what is this) and Grump could have a different B that clearly represents his main theme of being a massive monster. It’s not that being dull/general is a bad thing, but not all of these characters are suited to being dull, at least, that’s what I think personally.

BF used to have a kit that was ‘A lane assassin’. What he had in his kit was a combination of abilities that could be used to be aggressive in lane or teamfights. He had a massive late game scaling with his true damage execute and rose trail, and his B barrier and slow kept him alive. His rose offensive was an all in one tool that kept him safe during the mid game laning phase alongside being his main gapcloser.
Nowadays, BF isn’t ‘The lane assassin’ who wants to get to late game and destroy. That’s Kensei now. BF is just like any other splitpusher who gets SM BP, tries to stack it up and duels the enemy laners. BF also lacks features that make those characters unique, AKA sharp in their own way, such as Rona’s Fury/Spin and Glaive’s punt.

My point? I don’t really have one, these are just observations. I guess if I had to have one, let me ask you this; Were you excited for Kinetic (Last character with lore ): ) as you were for Kestrel or Reim?

I posted this because I haven’t seen a somewhat interesting thread here for a while, at least IMO. Is this evidence supporting how this most recent patch did nothing for the game and how stale it is?
I say yes.

i find grumpjaw pretty sharp: most of his kit is based around his perk. his perk is the focus, his a is empowered by it and his b keeps it online. his ult is the only bit that doesn’t fit i think it was just there for the lore. its still nice though. i agree with sharpness being interesting and hope that some future kits include it better thanking you for naming sharpness for me

VG just needs to figure out how to balance overloaded kits correctly like Malene since shes like one of most balanced overloaded kits. Yates is simple but fun.

Balanced? She is op rn, though that’s more related to having nerfed every other mage. What other kits are overloaded? From those, what kits aren’t balanced?

petal. she has a knockback, empowerment, a nice jump, aoe heal and controls some pets to have really consistent dps. yet she is only almost okay.

But she is not stacked, compare her with Malene: Petal has AoE heal, damage, jump, empowerment, knock back; Malene has barriers, speed boost, invulnerability, 2 slows, 1 empowerment, AA reset, damage, 5 abilities, 1 root. See what i mean? Petal doesnt have more things than other heroes.

she is still stacked 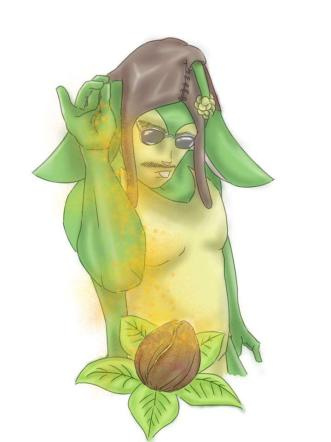 look how strong she is

I will never be able to look at Robert Downey the same way again.