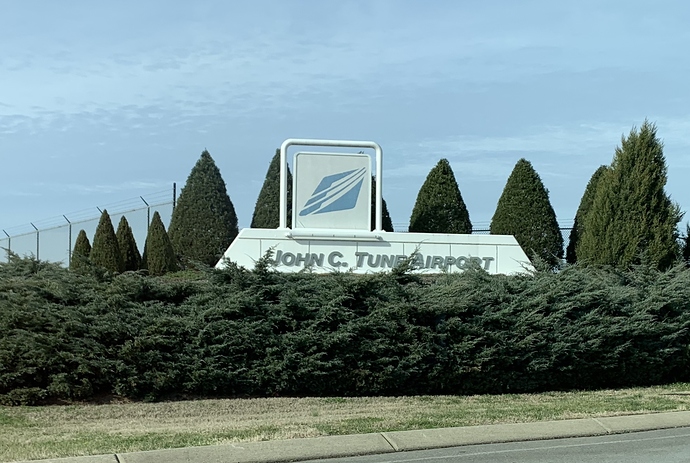 Took a ride over to John Tune Airport in Nashville today to meet with my new flight instructor – spent a very pleasant hour talking with her and working out a rough training plan to get me back in the air! 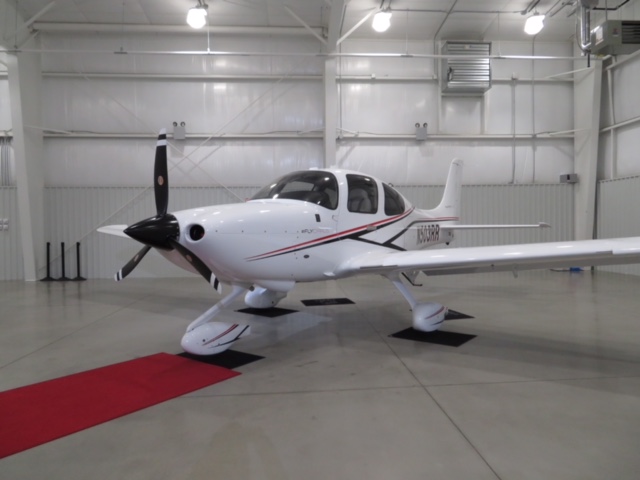 This is the aircraft I’ll be flying – a 2018 Cirrus SR 20: it’s quite a step up from the basic trainers I’ve flown almost exclusively prior to now, but it’s the sort of airplane I have always aspired to fly. It has all the very latest avionics, including ADS-B in (for real time weather and traffic displays), plus, like all Cirrus aircraft, it has an airframe parachute – if anything catastrophic happens, the pilot can pull a handle in the cockpit and deploy a large parachute that will then bring the aircraft down to the ground.

The training plan is for me to get a flight review completed ASAP so I’m current as far as the FAA is concerned. Then, I’ll complete a Cirrus Transition Training course which will certify me to fly Cirrus aircraft like the SR 20. Once those two things are done, I can start flying for fun (renting the same aircraft!) and also begin working on my instrument rating. 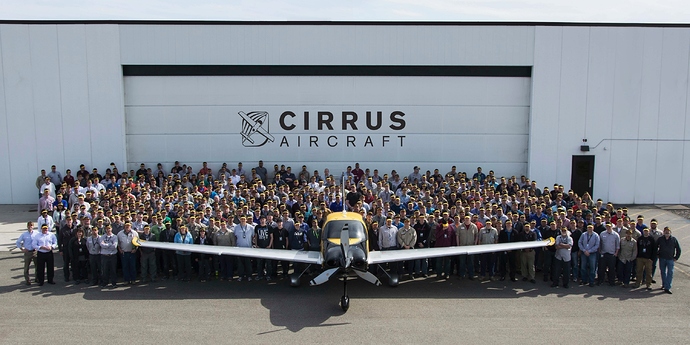 Cirrus Aircraft has become the leading manufacturer of general aviation aircraft in its relatively short history for good reason: their planes are beautiful, modern, fast, comfortable, and safe. One way that they continue to ensure that Cirrus pilots are safe pilots is through a remarkably well-designed training program offered through a network of pilot training centers such as Harmony Air, the one I’m going to be training at in Nashville.

In addition to the flight instruction and face-to-face training offered at their certified training centers, Cirrus also offers a number of courses through their online training hub called Cirrus Approach. The SR 20 transition course I’m taking starts with about 11.5 hours of online training (with dozens of videos as well as a workbook exercise) before I’ll ever sit in the airplane!

In addition to Cirrus Approach, there’s also a remarkable iBook available that uses videos, animations, and interactive features to teach pilots how to operate the SR20 and SR22 aircraft: 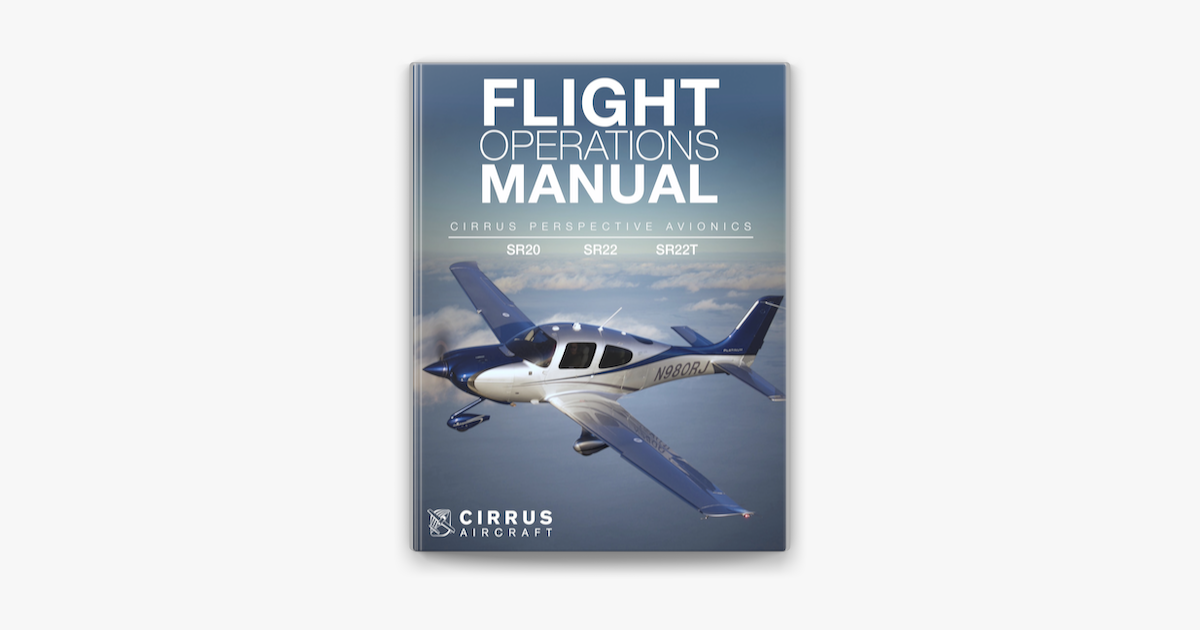 (incidentally, the date in the Onebox above is the original publication date – the book is updated regularly, and it’s current for the new Perspective+ avionics that are in the specific aircraft I’ll be flying) 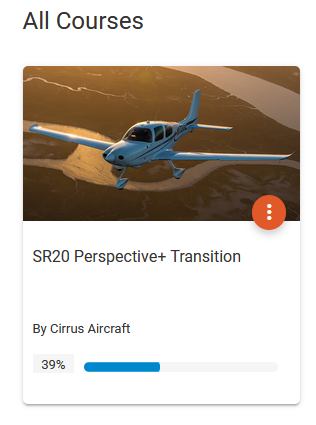 I’m about 40% of the way through the self-study part of my Cirrus transition training course, and it’s pretty easy to sum up what I’ve learned in one sentence:

IF I AM EVER FORTUNATE ENOUGH TO BUY AN AIRPLANE OF MY OWN, IT’S GOING TO BE A CIRRUS. (An SR22 – for the increased useful load and increased range over the SR20.)

What a remarkably well-designed and well-equipped aircraft.

Got my FAA third class medical certificate today! Now all I need is my flight review, and I’ll be legal and current to fly again!

Flying commercial to Florida today for a business trip — our aircraft missed its release time because of a maintenance issue, so we had to sit in the penalty box holding area for about 30 minutes awaiting a new clearance from ATC.

I’m pretty sure this bird who decided to perch on our left winglet was there just to laugh at us: 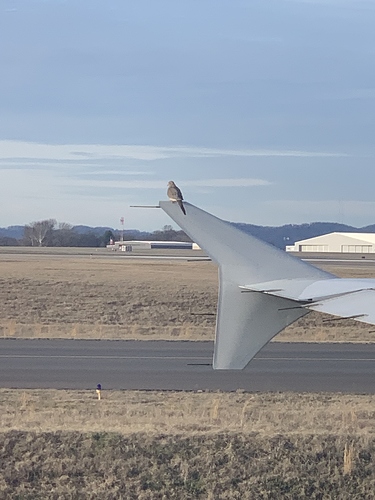 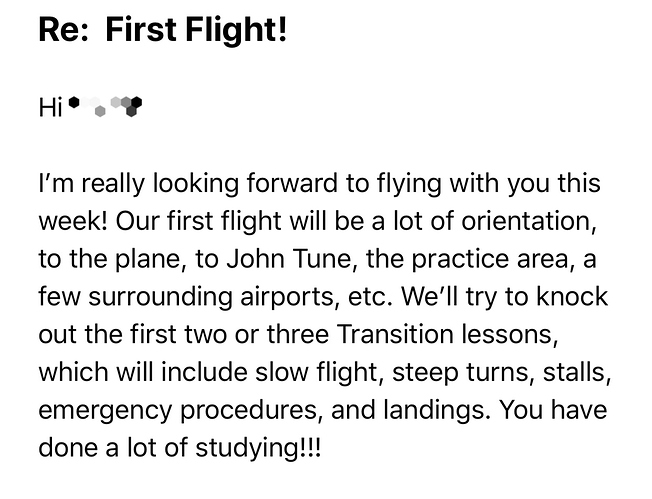 I’ve got my first flight in almost 11 years scheduled for later this week! We’ve got the aircraft reserved for 3 hours of flight time, and the forecast is for clouds but no precipitation, so things are looking promising!!!

(getting a little nervous) 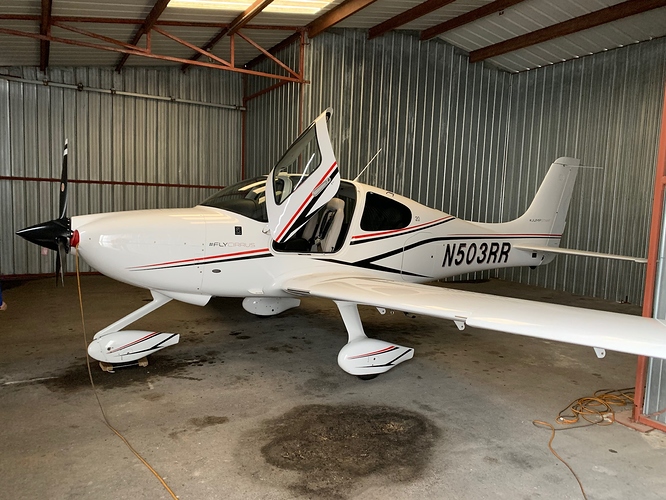 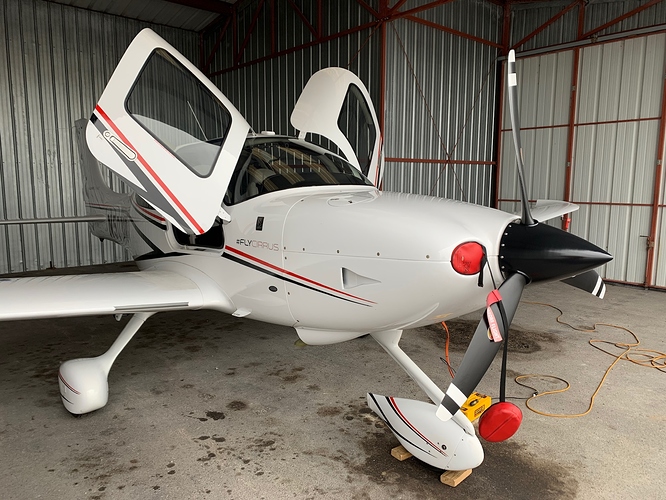 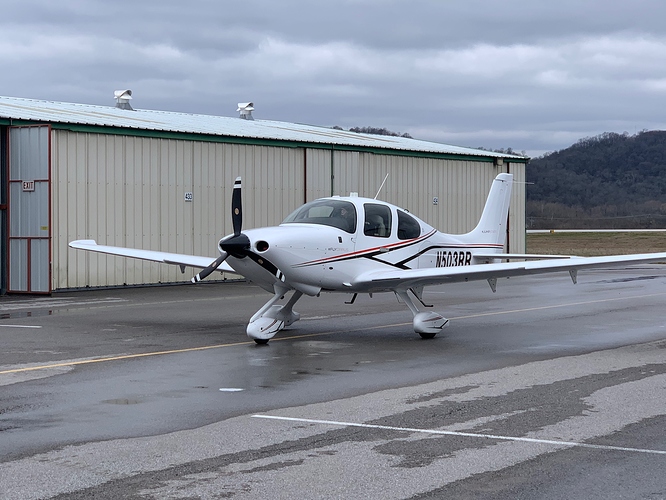 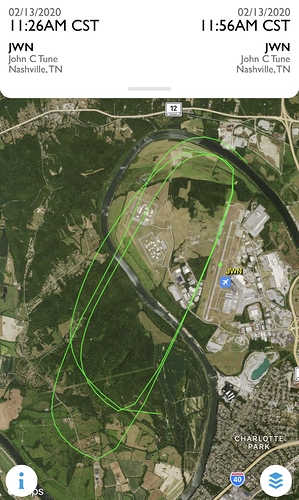 The weather was a little sketchy today, but in addition to spending some time on the ground getting some instruction on the avionics, we managed to get in a few laps around the traffic pattern: logged 3 takeoffs and landings and 1.0 hours of flight time – my first in almost 11 years!

The Cirrus is SO much fun to fly! And my instructor is fantastic! 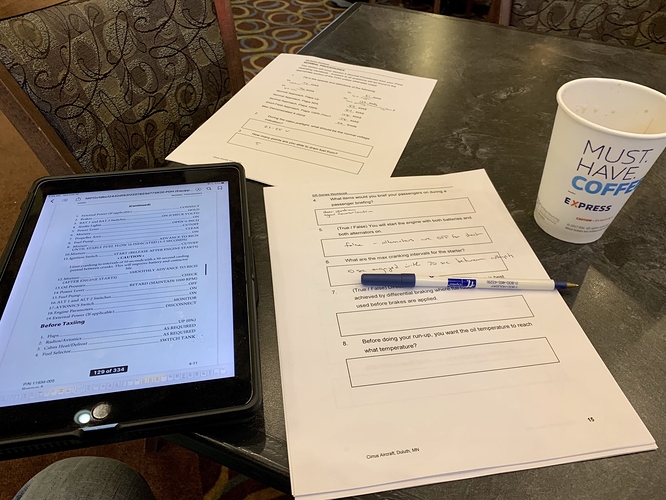 Doing my homework! Next flight is scheduled for tomorrow, and the weather looks good so far!

Weather looks perfect today! I’ve got the aircraft reserved between 9 am and 4 pm, and the forecast is VFR for the entire time — winter weather here in middle TN can change fairly drastically in a short time, but it looks like we should be able to get a full day in today! 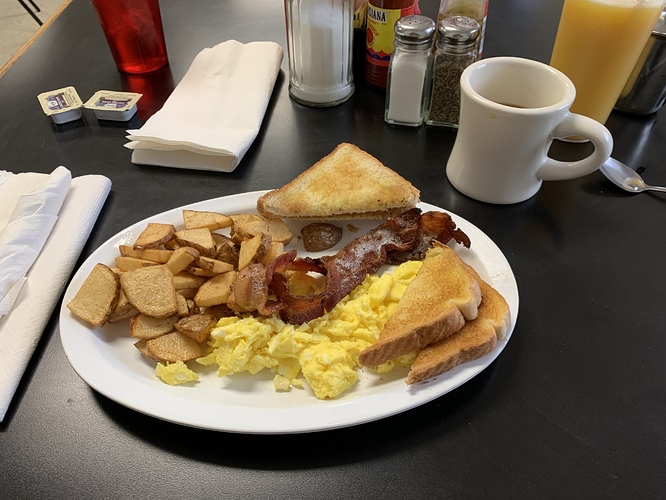 Got to the airport a couple hours early to avoid the infamous Nashville traffic, so it’s time for a relaxing breakfast at the Centennial Cafe! 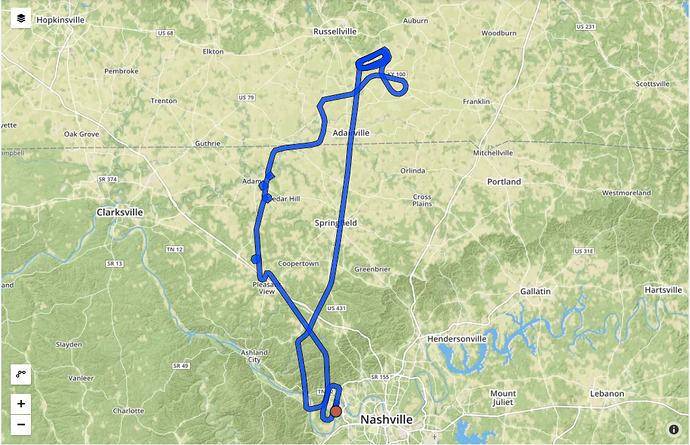 Here’s the ground track of the first of my two flights today – we took off out of Nashville, then headed north where you might be able to see where we practiced steep turns, slow flight, and stalls, then did a whole bunch of landings of different types up in Kentucky before finally heading back to Nashville.

A couple of quick snaps from the left seat (my instructor took the controls for a moment so I could get these)! 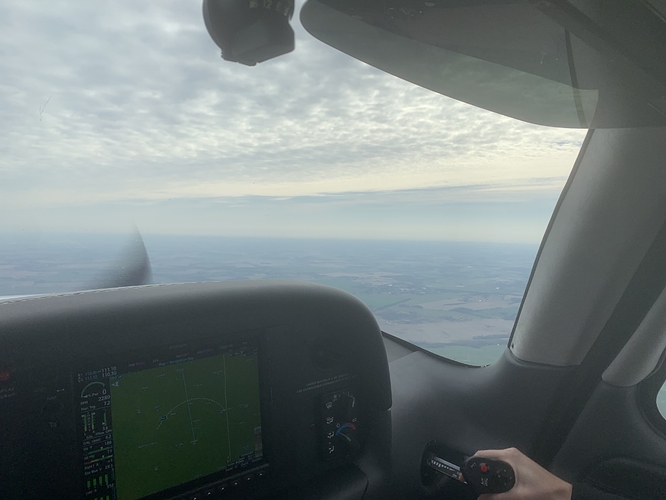 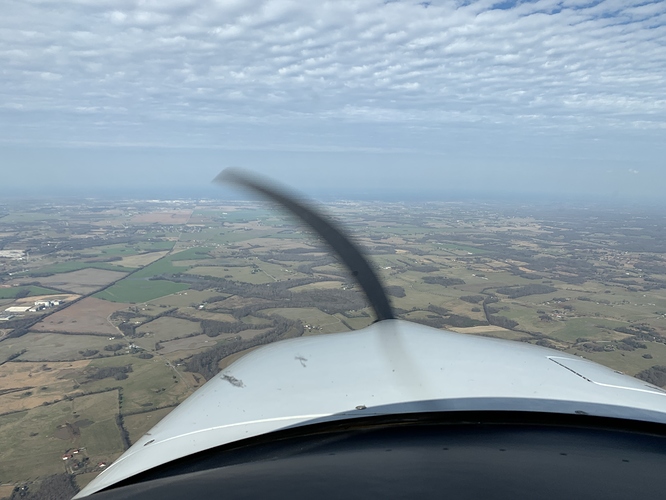 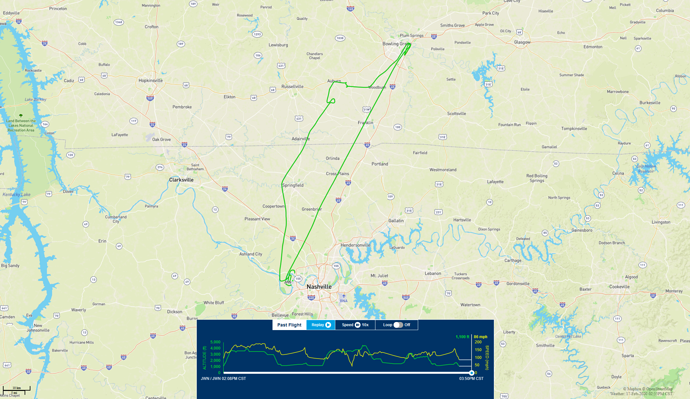 Here’s the flight path for yesterday’s second flight (after lunch!) – unlike the track shown in the post above, which was recorded by Foreflight on my iPad using data from the Garmin navigation system in the aircraft, this track is from the ADS-B data broadcast by the aircraft to receivers on the ground. It’s quite accurate, but ADS-B reception isn’t perfect, especially at low altitudes, such as in the traffic pattern at airports or when taking off or landing. Thus, the web site I used to show the flight path (FlightAware.com) doesn’t show every part of this flight.

If anyone’s interested, here’s a link to the flight on FlightAware – you can actually play back the flight to see speed and heading changes, altitude changes, and so forth. It’s pretty amazing! 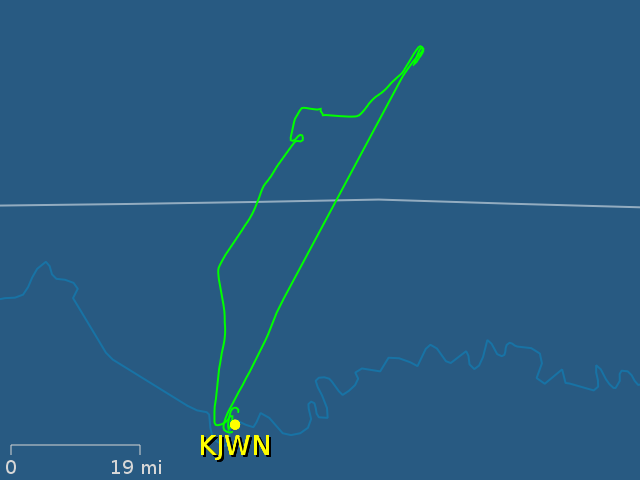 Two more flights yesterday – and I completed the Cirrus SR20 transition course! The last landing of the day was literally perfect (in aviation, it’s known as “a greaser” – where you can barely tell the aircraft has touched down on the runway), and when we shut down the engine, my instructor pronounced me a Cirrus pilot

Because I also completed a flight review (required by the FAA every 2 years) earlier this week, I am now legal to fly AND officially qualified to fly the latest version of the SR20!

Here’s the first flight of the day: 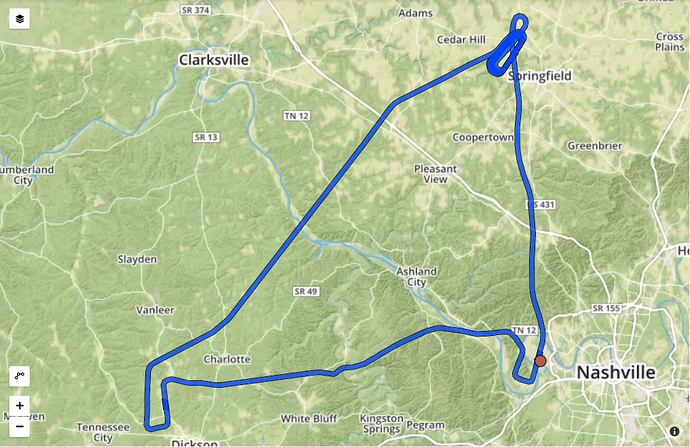 The morning flight included a bunch of takeoffs and landings at Springfield Robertson Airport (M91) followed by a quick trip to Dickson Municipal Airport (M02) – there was quite a crosswind there, so we decided to head home to Nashville for lunch after a quick landing and takeoff. 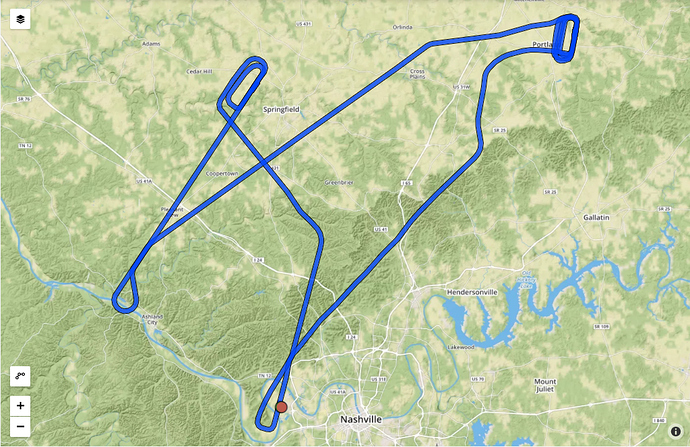 In the afternoon, we flew up to Portland Municipal Airport (1M5) for more takeoff and landing practice, at which point we finished the flight requirements for the SR20 transition course. My instructor decided we would start some instrument training on the way back home, since we still had the aircraft reserved for another 90 minutes or so.

If you look at the track above, you’ll see it become extremely straight as it passes between Orlinda and Cross Plains: that’s when we turned on the autopilot, which my instructor had programmed to fly a practice instrument approach into Springfield. The teardrop shaped path at the bottom left is called a procedure turn, and it turns the aircraft 180 degrees to the inbound course toward the runway. When we got about 2 miles from the airport, my instructor had me hand fly the rest of the way to the landing. After leaving Springfield, we did one more approach into John Tune Airport (our home base), then broke off as we neared the airport and circled to land on Runway 02 to finish out the flight.