Progression (and gear) in Catalyst Black

Saw that this deep-dive just dropped on gear progression and customization… haven’t had time to read/digest it all, but looks interesting. 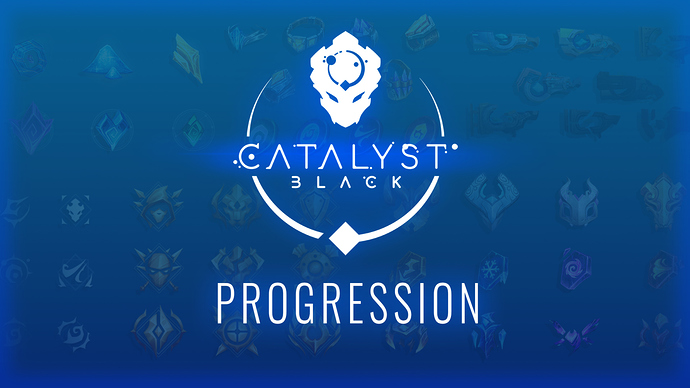 Greetings, Chosen!  As we approach Geo Beta and the launch of our Secret Service program for Catalyst Black, we wanted to offer up a deeper look at the game’s progression and even an early look at some of our monetization plans.  When...

Just saw this on Twitter … you beat me to posting it

If I’m reading it right, there seems to be a definite P2W aspect to the weapon progression …

Banners
These are huge. With a purely gear based system, it’s hard for your kit to feel like it has a focus. These will help define more clearly outlined play-styles. One important detail was given, “Choosing to split your human load-out across two Banners (two pieces per banner) will be the most statistically efficient”. This reminds of the MTG color system, and in this case has 36 unique two banner combinations, + 9 single banner builds (which they said will be viable) leaving us with a potential 45 viable build options before we even get into what specific gear you are using.

Mods
Wow, I was not expecting this deep of a system, but I love it. One thing I wish more games have is truly unique collectibles in online games (especially outside of the MMO space), it makes it feel like you have something special. It does not work in a competitive genre, but for a more casual setting (not to be confused with low skill cap), it’s really fun.

One thing I asked about on discord that I got an answer to is what kind of effects traits have. In general they will be a mix of global effects that change your character overall, and specific effects that augment the specific piece of gear you put them on. A example given was gun damage, a trait might increase gun damage from bushes, right after reload, or in any number of situations. In short, expect a massive verity of traits.

Ancient Bundles
These are going to be controversial. They are obviously meant to be the main thing players will spend money on, and provide massive value for the player. I talked a little to zekent about them and he was adamant that the primal form stat trade offs (not bonuses) would not be a big game changer, and are mostly there to bring flavor to the skin. Cloaken confirmed that after an initial period of exclusivity, all the content in these bundles would be possible to be gotten for free, no game-play effect will ever be locked behind a paywall, but that does not guarantee how realistic it will be to get for free. Zekent also confirmed the unqiue gun skins shown in the bundle will also offer stat tradeoffs compared to their “normal” counterparts.

My thoughts on progression as a whole
This progression scheme would not work for a MOBA or arena shooter. This is obviously built emulate the MMO style progression you see in games like warframe. You can have truly competitive PVP, but it is reserved mostly for “endgame” players. It’s just a given in this style of game that you will never have all the content for free, and there will always be players with better or more synergized gear than you. I’m ok with it in this style of game, it does not seem to egregious. What gets me excited is the commitment they have shown to really deep gear and load-out construction, as long as there is enough to allow me to experiment and define playstle as a FTP I will be happy.

That’s very helpful info and commentary! Thanks for sharing!

Assuming the game stays more casual-oriented like it seems to be designed for, I’m actually pretty fine with the progression system. All the gameplay-impacting elements being obtainable and completely upgraded fully f2p purely through grinding, with cash speeding up the progress, seems pretty fair imo. In addition, early access on certain equips, as well as exclusive cosmetics, seemingly being the only paywall-locked aspects is pretty nice.
I really like how they stepped up the general progression system this time around. Worthwhile rewards based on achievements and exclusive ones based event participation sound like great steps up from the progression systems VG had. I also really like how they expanded the equipment system from the MB one. It seems like you really can make a build that perfectly fits your personal playstyle a lot more now.
Honestly, the only thing that really worries me is the balance between levels should there be ranked modes, seeing as ~40% stat differences between min/maxed weapons seem to be pretty drastic. While I feel like it would be unlikely given the level system’s profitability, I hope that equips in ranked have fixed levels/stats as to keep everyone on a level playing field without making everyone grind out for a max build before going in ranked, as that could be a bit annoying for trying out different builds in it.

I’d also like to point out casual not equal to low skill cap, or shallow. Every MMORPG ever is pay to win, but in general MMO are considered a mature genre with a lot of depth, they just aren’t concerned the competitive parity. The focus is on progression and customization, not being on the exact same level of every player at all times.

I really hope they lean into the large scale and PVE side of things as the game develops. There is really are no compelling online co-op experiences on mobile.