Opinions on the meta

Surprisingly enough even though Tension Bow is still a bit too strong, the hot fixed made the current meta WAAAAAY healthier. More heroes are viable now, CP heroes feel powerful, and the game feels like it does reward skill again. Of course WP is still a bit strong considering triple WP is still meta (WP Reza should not be this good even tho he is really fun to play rn. My favorite assassin to play currently) and there are some heroes and items that need tweaking (TB still needs a pierce nerf, but when it does it’ll be a healthy item) like Varya (Heccing insane late game), Churn (Stupid hook range), and Anka (She’s Anka) with some bluffs to armor which still succs rn. Good rotations are also heavily rewarding too since it takes a lil while for a few people to take turrets early on. I think currently by a gameplay balance standpoint VG is in a good spot…just gotta fix the other issues with the game…

with some bluffs to armor which still succs rn

I don’t agree. Armor is rn weak due to the abuse of TB, which gives too much pierce, but that’s it. Reduce it and it should become a lot more viable. Right now thanks to it (and other factors of course) every single hero that can’t abuse TB is shit (WP), which I fear it will happens to every wp hero next update when they nerf again the TB. WP is, outside of the TB, bad. Another problem is the competition: SH is usually far better as it not only gives shield but also Armor, being the best defensive item in the game (+ op passive). You can’t pick Armor becuase you would get destroyed by every CP hero, while with SH it doesn’t happen. Keep buffing it’s strenght against WP and we will reach point where WP is useless.

Yeah true. Keep in mind tho that attack speed is super good too rn (If TB gets nerfed further) with Bonesaw being a powerful item, so armor is still easily countered. Husk is most likely gonna get a nerf tho. It really is too strong especially on super good late game heroes like Varya that are otherwise easily killable.

Yes, at least I hope so, I want so bad SH to get nerfed, why does it even have Armor when MJ doesn’t have shield? About attack speed, even then I think it may be weak, just look at those who don’t use TB: they are shit. I hope that if they nerf TB, WP gets compensated somehow, but buffing more and more the MJ I don’t think it’s a good idea, specially because they nerf the damage reduction, not the Armor, meaning it has no counter.

SH really doesn’t need a nerf. The only heroes it penalizes are heroes that rely on one big hit or crits, and heroes that go hybrid, which shoukd be team fighting and have sustain/defense of their own anyway. Armor still does it’s job. The real issue is the lack of a proper shield item, which they don’t make because cooldown on abilities and the overall weakness of most cp AA mitigates that and it would be op in 1v1 against cp heroes.

I think you missed Anka in broken tier.

I’m not having problems with her, she can only dive once and you instantly shut her down with someone like Lance or Phinn. People are just unorganized Anka is really easy to counter.

Learn to counter her then we’ll talk, she relies on other heroes who can dive with her but right now tanks who can pull and kiting heroes are meta. She is easily shut down when she dives.

I don’t agree with that, but whatever.

How exactly do kiting heroes affect her performance? She’s made to execute them.

She is easily shut down when she dives.

How so? She’s so slippery you don’t “just” kill her. You can’t “just” stop her. And if it’s just words then all dive heroes are easy to shut down when they dive. You “just” stop them. See Krul is easy to shut down when he dives. He has slow which doesn’t work if he doesn’t hit. If he falls a bit behind he can’t catch up anymore. He has no escape, he’s all in hero. And has dash only towards target which again is unreachable if not in range. Anka is NOT easily shut down. 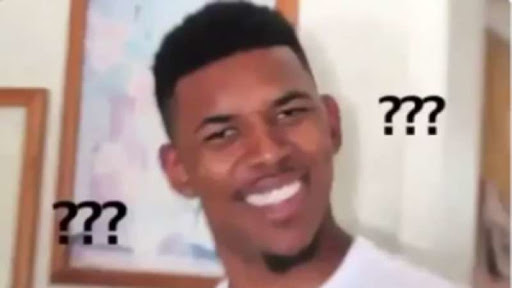 The current meta is boils down to three captains/monkeys running down mid/bot and trying to shut down the two enemy squishies so hard they ragequit. Whoever touches the enemy carries within the first 10 minutes usually wins. It might be different in other regions but in SEA it’s not unusual to see Ardan and Flicker combining their base damage, CC and dragons blood contract to CC chain one shot a squishy at level 6.

Stupid base damage captains include: Lorelai (Permabanned), Churnwalker (Permabanned), Yeets, Ardan, Flibber, Grace, Lance, Phinn (Can’t be too aggressive with him though.)

The only good mid laners are Anka (Permabanned) and Varya. Anka isn’t even particularly overpowered, people just don’t want to leave their comfort zone and pick Cath to counterpick her. If Varya isn’t the 4th ban, the team that picks her first usually wins. Otherwise you pick something like CP Vox or Skaarf and hope your allied captains are better than the enemy captains.

For Bot, you either pick Baron, Gwen or Kinetic. Gwen pretends to be useful by rotating to mid and acting as a support to their Flicker, plus she has a chance of escaping Ardan memes. Kinetic is good because she can fight melee characters by getting to 4 stacks and AAing them in melee range, which includes captains. Baron acts as a finisher for your captains late game when their base damage finally scales off at 20 minutes. Everyone else does the same thing but not as good.

Jungle is the only flexible role, but you’ll probably go Lance or Flicker if you’re smart. Maybe Glaive.

Basically throwing: Taka, Petal, Kensei, Rona, Skye, Joule, Alpha, Ozo. You can make these characters work but the enemy team has to not have any idea what they’re doing.

This seems like a simplification but that’s the point. The meta is ass, you just have stockholm syndrome. You might point out that ‘off meta picks’ can work, give me a few examples of your own experiences and pat yourself on the back, but when the majority of off meta picks are something like ‘Silvernail Bot’ when Silvernail is a sniper who normally goes bot, that’s a bad sign.

Remember when off meta picks were weird things like Captain Vox and CP SAW Jungle? Me neither.
Hats off to you if you can make these types of picks work though. You’re a part of the ever shrinking minority as the meta becomes more and more constricting every patch.

Sorry for the salt. Zekent’s incompetence boils by blood. They fired Nivmett for this.

^ You have some good points.
The meta right now of getting certain heroes or lose is really obvious. I’d rather dodge than have some shitty teammate comps with little to no one or two of the ff:

Man, seeing your teammate pick something like reim/ petal on high rank is already a red flag that you have to dodge or wait for a miracle that the enemy team is not good enough.

Some time ago everyone was complaining about there being no roams. Now that there’s more than 1 and there’s volunteers people aren’t happy again. In my opinion more tanks is muuuuuuuuch more healthy than many carries. But I realize it shouldn’t be the only viable comp. Even then though you don’t fix it by making tanks useless so that carries can make every roam player’s life hell. Then nerf carries and let tanks rule VG again. How about buff/rework warriors as they’re all missing. Make tanks actually able to tank not melt like regular Ringo but also reduce their damage. And again make warriors viable. Also assassins. Anka and Reza and Idris isn’t enough.

Well this meta is pretty exclusive you have people who have the skill cap to play melee heroes and that is why they are doing better off because if someone can play melee heroes they can most likely play a ranged targeted hero as well.

I’m having fun with Inara bot although I can really feel the pressure when the mid laner is playing miserably.

I’m able to make Kensei work anytime I have a teammate who has a barrier or some sort of speed boost, essentially Lorelai, but those requirements as well as relying on your mid laner to do something has been keeping me away from him.

I played one WP BF game this patch and lost with a huge KDA but the players in the game were uncarriable considering that I was the one doing the most damage but eh.

I’d say TB needs a slight tone down and then there will be a balance between consistent damage heroes and burst. CP heroes are doing because of the hotfix, especially CP Vox who is so oppressive.

CP heroes are doing because of the hotfix, especially CP Vox who is so oppressive.

Eve on a CP Vox is sooooo annoying. Wait I take it back, Sm or Eve on any ranged hero is annoying with the new changes. Including when they fully stack a BP or DE

Who needs a Gift of Fire or Imperial Sigil when you could just heal from any lane minion, jungle minion, or objectives?!?

Atleast its better on Varya and Vox. If Anka could abuse it, I pray

And the extra minion in mid. He’s not that good in bot just bc of that.