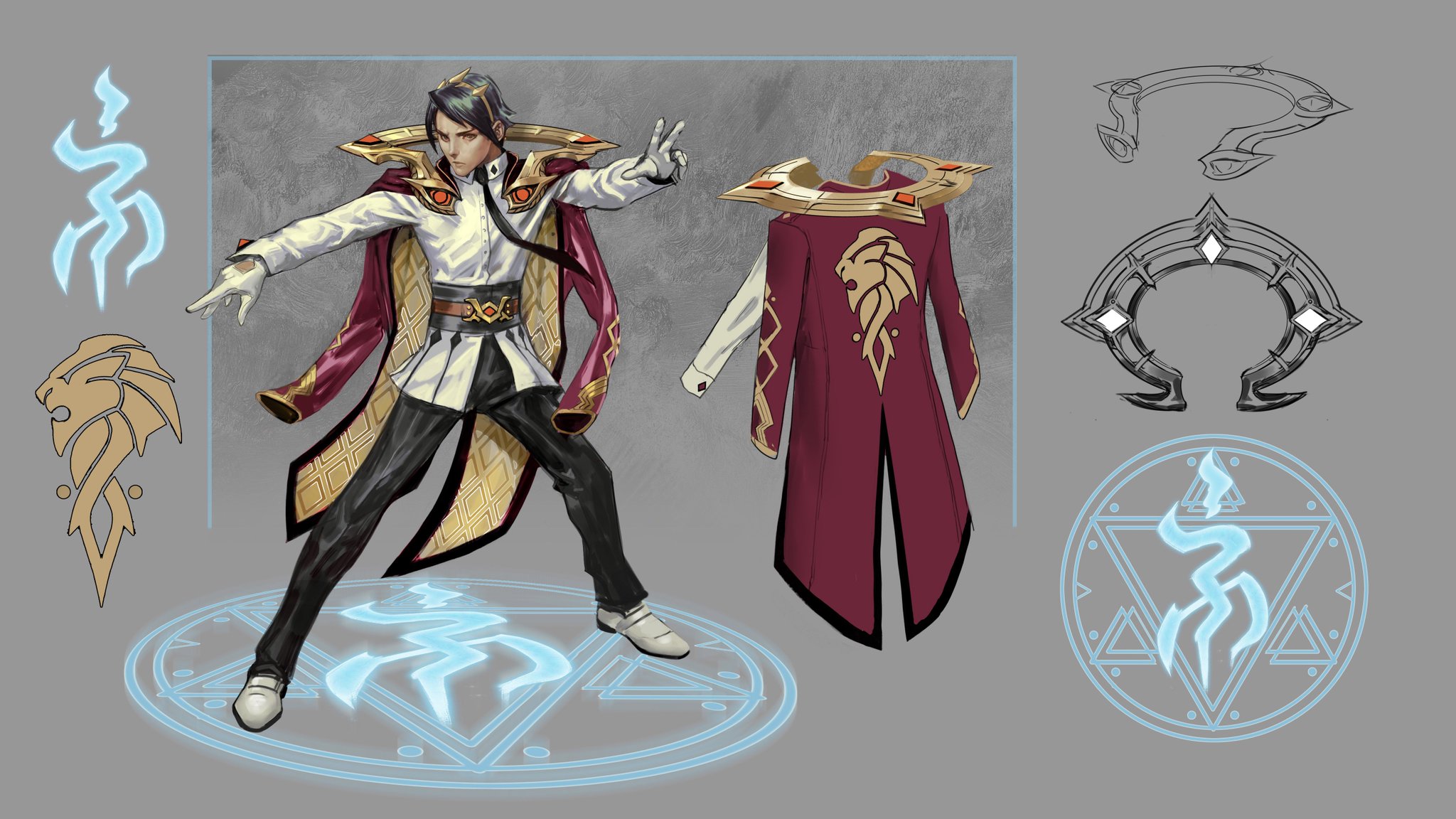 UPCOMING HERO SNEAK PEEK Coming in 3.9 is this Gythian prince with a penchant for Arcane magic. ✨
2 Likes
I think the Gythian Prince is a Support and a also carry
hazeleyes November 20, 2018, 4:25pm #2

Oh dear I already hate it.

Blackfeather but without the diving, probably.

Don’t worry, they will just delete half his kit instead of actually trying to balance him

Seriously though, I love when voice lines mention other heroes and I love drama so…

I am in love… maybe he like malene or me… omg

We’ll never know thanks to the lack of lore…

I think he linked to lyra lore…

And yes sadly no lore

still I will say this again - boring human hero design!

But srsly though… is it actually boring to have a human hero design?

not boring for a human hero design, but if you keep seeing human again and again and again, you would like to see some thing new and fresh once in a while, wouldn’t you?

As linked as any other Gythian.

Like GJ? Everyone asking for a monster but when he got released almost nobody liked it. Even if you don’t like human ones, they are the ones people enjoy the most.

Why is there another school days skin for samuel?

I mean prince of Gythia

To me, a hero has to be striking and good to play to be a design that isn’t “human” (e.g. not Grumpjaw, npt Petal; maybe like Galive but easier to play and less mechanically demanding).

That’s why I wonder why they haven’t done a were-creature yet. The archetype is there, they just have to make them feel VG and good I suppose.

Anyway, monster designs; unless cute and/or cool and/or somthing players will love and play a lot of even if niche; usually do not go so well (unless they become meta).

bonus points if its a better version of a preexisting hero.

what about Skaarf or Glaive? People always use GJ for the reasons why VG should not design monsters but they forget about the other 2 beasts, not to mention Phinn is another very good beast hero too.

Also, I rarely lose when I use GJ.

And, I said this many times. What if GJ has skills kit like Krul, would not him got picked more and win more. It’s not about the look, its about the kits that they give the hero.

Last, human are so easy to design and make skins for = less time to design, more money to make. We all know that SEMC is all about money nowadays.

That’s why I wonder why they haven’t done a were-creature yet. The archetype is there, they just have to make them feel VG and good I suppose.

SEMC: "Everyone! here is a sneak peek at our newest champion (insert creative werewolf related name here), He’s a werewolf or wolfman or person who has Native American ancestral ties to wolf spirits!

Majority of average people on the internet: That’s just a ripoff of Warwick, Greymane. LAAAAAAAMMMME"

This is why we cannot have nice things

what about Skaarf or Glaive? People always use GJ for the reasons why VG should not design monsters but they forget about the other 2 beasts, not to mention Phinn is another very good beast hero too.

Compare how much play they see with Lyra, Vox, Gwen, ringo or almost any other human hero. Remember an article made by riot talking about this?

Also, I rarely lose when I use GJ.

This has nothing to do with his strength.

There’s two main reasons for this.

His passive requires you to AA, so you’d think he’d be a WP boy, but outside of his B his WP path abilities are weak and his ult is counterintuitive to his WP gameplay. For CP, your passive is hard to keep up and your B is pretty weak.
What they need to do with GJ is make his identity his monsterly size. His A and C are “Grumpjaw is in the house and is here to mess you up” moves and they work fine for the motif, but his B should be a move more like a ground slam / body slam. To reduce his downtime and keep him the ‘in your face monster man’, his passive should also reward AAing by healing him or something like that. Those are my ideas anyway.

I’m not against beasty characters, but they need a clear identity such as Flibber or Petal. Like any other character, strong identity = a character people like.

Tbh I don’t think Glaive or Skaarf have strong identities either but hey.