Quest rewards are better than these useless events.

10 PvP matches Rewards with a specific hero for a chest you might not even have keys to open, and even if you do, chest drops are still useless…

I don’t even need to say anything about blitz and talent coins, the joke explains itself. Can’t believe someone is getting paid for making such miserable events, smec pls hire me.

Ma’am, this is a Wendy’s. SEMC doesn’t work on VG any more.

You know, doesn’t semc still basically own vainglory even if they don’t work on it any more? I mean on its face nothing has changed about the game and (was gonna start a separate thread about this) afaik, no one has heard much from rogue beyond standard message.

This combination of factors suggests to me that semc is still making the ultimate decisions about this game even if rogue is running the day to day operations. I’m assuming the game was sold but did that include rights and assets? Can semc, for example, control how much is changed about the game? And could rogue somehow bring back old removed things that must have some remnant of coding laying around for them like the sunlight wheel?

I’ve been wondering how much rogue buying the game really meant practically lately. Everything still functionally seems under semc.

It’s my understanding that SEMC retains the rights to the VG IP but otherwise handed the keys to Rogue.

Everything still functionally seems under semc.

Why do you say that?

Assuredly, very little has changed since Rogue took over development. But to me, that says more about the state of the VG code base than it does about Rogue’s desire to make bigger (and much-needed) changes.

To put it simply, when you say very little has changed, I would describe it as virtually nothing, with emphasis.

It’s not just like they use the same IP. They have the same styling of communication with the community. They have the same styling of approach to things as semc. They ultimately don’t seem to want to, or can’t, change the overall ‘feel’ of the game, and have expressed little plans to while that has seemingly been the overarching complaint of most players, and that strikes me as odd, considering they bought the game while it was hemorrhaging players and had past struggles with monetization. I mean why buy a ‘failing’ game unless a) it was making enough money to be economically viable, b) you plan to do something to milk it for all its worth, c) you plan to actually address issues and try to reverse the trajectory?

(I should add that @Sandiha’s post about rewards being halved makes me inclined to look at option B, as I have since I heard the news that a new company was taking over and subsequently heard all the standard placating rhetoric without seeming substance that they spewed. Hate to be so harsh but true is true.)

Rogue just seems to be running the company while SEMC is still the board, so to speak. I mean nothing about the identity of this game has changed in any way, down to stuff that’s not even IP lol.

Just downloaded the game for the 98th time (to play with a old buddy) and I was pleasantly surprised with the current events. 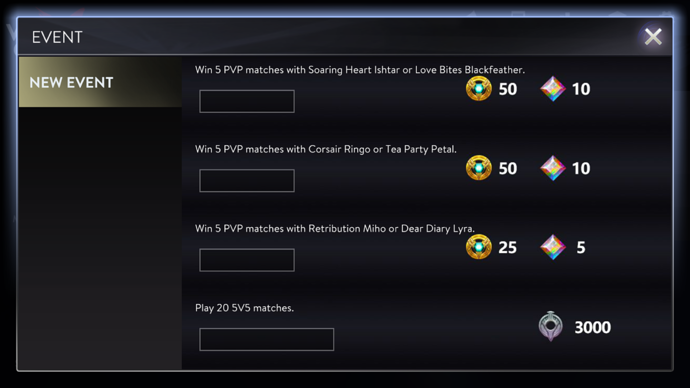 Atleast their improving… Though its still not noob friendly since DD Lyra and TP Petal are skins that arent SE.