Malene should be hotfixed 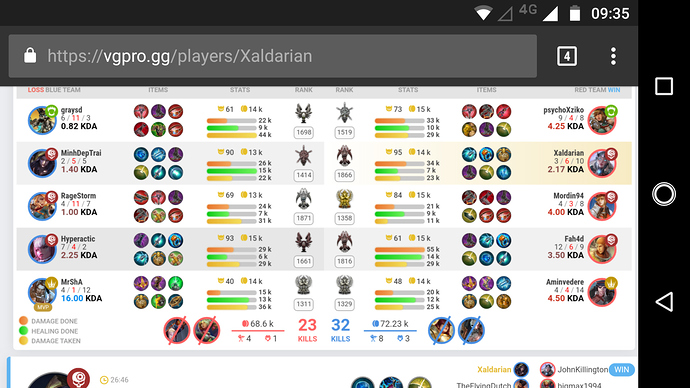 Still early game with just a crystal bit a basic+her light A took 40% hp from my Varya.

Malene is only OP when you can use her properly.

Her damage is completely reliant on combos. If you mess it up, Malene is dead.

Malene is fairly balanced for a new hero. She is NOT WP Varya or Lyra on release.

She is pretty balanced.

She’s only really nasty in the endgame once you have a clockwork and can spam her B while switching between forms to become tanky af with crazy kiting abilities alternating between CC and burst. Then yeah, with a decent front line and in 1v1 she’s pretty insane.

Her early game is horrible though. You just can’t let her out scale or you’ll be dealing with a monster.

Nothing to worry about though. You’ll never get to play her in ranked.

She is pretty balanced

Damn right she is

Early game horrible? Dude she has so much poking damage at lvl 2…

I watched Ttigers YouTube vid with her and her utility is sick, she got slows, invulnerability, barriers and high level DMG her kit seems overloaded. He was 1v1 Krul using slows, barriers, invulnerability, that’s no joke given Krul is OP in 5v5 right now.

So I’m against hotfixing, whether she needs it or not.

Let’s just ban her in ranked and wait till next patch, hopefully she won’t become the next Lorelai

Banning her in all matches. She rarely loses and if she loses she has grrat stats…

Or has an abondance of smurfs with her XD

Dude it says in her description that each ability has its own cooldown.

where? And what exactly do u mean by that? i dont see anywhere written than C refreshes cd for B. And whats with zero energy cost on A lmao.

Her dive is good, but she basically gets three shotted! Her range isn’t good enough to out duel anyone till you can better combo her defensive abilities.

Her light B has an entirely seperate cooldown from her dark B. Same with her A.

No, no ability refreshes another. Her A and B have two different cooldowns for the light and dark move. So if you use light B and switch you also be able to use dark B because it has a separate cooldown. Then if you use both you got to wait til each is off cooldown. Look at her description and you’ll see how the abilities have two different cooldowns.

Lmao @ anyone who’s saying she’s op cuz she has more abilities than other heroes, do you not know what a form switcher is?

She could use lower dmg ratios. Other than that she’s not OP. Definitely needs to be weaker in cp stats overall though.

I do know what a form switcher is but on top of normal form switching she receives a very large bonus damage.

Both her B skills are strong enough to be considered ultimates.

Her light B has an entirely seperate cooldown from her dark B. Same with her A.

Does AS interact with the Ult form shift that is on a 2-second cooldown?