With the addition of turret barriers, having a proper comp is more important than anything as you cant cheese turrets and have to rely on fights. Flexible heroes and supports became the most important heroes to have (except Idris and Kestrel because their talents are so well balanced), and a comp like Glaive Fortress Ringo, which was previously seen as C and D tier heroes, could easily destroy a comp with S and A tier heroes like Celeste Skaarf Baron. But this also means that when your comp is countered by the enemy comp, there is little you can do to win.

A 3v3 BR gives too many uneven comps, hence BR should become a 5v5 mode instead. With a 5v5 BR mode, there will be much less uneven comps. The 5v5 vain crystal is also much better than the 3v3 vain crystal, and it makes the final push much more interesting instead of 1 hero being able to rush the crystal on his own. Some other changes I would like to see:

Oh boy, I don’t think I even need to explain why this need changes. But nevermind the broken talents and blitz elo encouraging people to use tryhard comps, blitz is still a pretty flawed mode as objective rushing simply gives so many more points compared to fighting. Even if there were no talents, comps like Krul Reim Phinn would be used instead. MAYBE if blitz elo is removed people won’t prioritize winning over having fun in a brawl mode. The points system in blitz should be reworked:

A talentless 1v1 brawl mode. Both players get the same randomly picked hero where they fight in a best of 5 in an onslaught match.

Just a quick concern about the “RANDOM” hero thing.
Doesn’t that just give a big advantage to MEGAWHALES, who have a maxed out talent on every hero?
Like, even if you get someone mediocre in Blitz like say…
Blackfeather.
If you have a level 20 rare which gets buffed by another 50%, I don’t think it matters that you have a mediocre character. You’re just going to outsmack them with a sword. It might be fun to have a random hero selection, but I would say it’s also important to avoid giving these random heroes massive advantages.

Plus, if they got a further bonus on their level 10 active camo Kestrel I might just kms.

As someone who really loved brawls before Talents … these are the best ideas I’ve seen yet to make brawls fun again! Bravo!

I’d love to see that 1v1 Onslaught… I actually miss onslaught, but then I was that guy who just went echo Baptiste every time so I would…

Doesn’t go above max level i forgot to add, basically it can give non p2w players a feel of having strong talents.

echo baptiste? you are a true monster.

i have one addition to the ideas:

events where you can play the old blitz without talents for a limited time. gain blitz points for every win, get rewards based on your blitz points and your overall server ranking.
i think talentless blitz can work, if its only for limited timeframes. this would also be a great indicator semc as to what their players actually want…

on a side note, i also like to see new brawl only items. especially defense items. to counter the “one hit one kill” strategies. those items could scale with your enemy talent level (or the difference between the levels) or give players that chose to play without talents a better standing.
in the end, semc makes most of their money with skins. i really, really doubt that the talent chests are bought that often (thats why they start to make talent chests with talents for only two heroes. sound familiar? its the old skin boxes all over again) and its time to sell other stuff instead.

I’m a little confused on this… So it’s ranged v melee? One team’s top lane is the other team’s bottom lane.

I use BR to step out of my comfort zone, and play heroes I don’t normally play. It’s nice to have an excuse for not being good sometimes, you know?. I think having the ability to swap heroes would just give people excuses to bully others or get even angrier when their teammate underperforms.

I’m a little confused on this… So it’s ranged v melee? One team’s top lane is the other team’s bottom lane.

I use BR to step out of my comfort zone, and play heroes I don’t normally play. It’s nice to have an excuse for not being good sometimes, you know?. I think having the ability to swap heroes would just give people excuses to bully others or get even angrier when their teammate underperforms.

That is true but think a lane only mode doesn’t really work well for someone who just wants to try out some new heroes. If you haven’t played someone like krul and get him in BR, you would think hes sh*t but thats only because his kit doesn’t work well in the lane with barely any bushes. Thats where the random hero select in blitz comes in. Unlike BR, you can play in anywhere in the map, and it reflects the standard mode better, putting you in more realistic fighting situations where every hero is balanced for.

But top lane is bot lane, to the other team, right? I’m still missing something, I think. Are you suggesting two new maps, one for melee, one for range? I mean, that’d be super cool, yeah. Or are you suggesting the current 5v5 map? Because that would just be top/bottom, mid, bottom/top.

a lane only mode doesn’t really work well for someone who just wants to try out some new heroes.

I am that someone though, and it works fine for me?

I hear what you’re saying though. If you’re just trying to learn a hero, specifically, then there are better ways, for sure. I still think letting players swap in BR takes away some of the randomness, which I find really refreshing and low-pressure.

But top lane is bot lane, to the other team, right?

Oh, i forgot about that. Well i guess it will just have to be the mid lane with melee only, ranged only, and mixed heroes.

Oh, i forgot about that. Well i guess it will just have to be the mid lane with melee only, ranged only, and mixed heroes

I forgot about it too. I still like the idea of a random lane, though. Maybe just mixed heroes in the top/bot lanes.

Or, you know, they could actually make a map for BR … like every other moba has …

IMO, Brawl modes need to stray away from PvP. If you want a truly casual experience, putting you up against another player isn’t going to feel good for one of the two teams.

This has been pretty clearly displayed with the addition of talents. Those with deep pockets love it, because they can ‘Outplay’ their opponents with their level 10 Kestrel Epics. On the other hand, people who had talents that are lower than level 15 want to die.

Imagine if SEMC added a boss mode. A boss akin to a game like Diablo or an MMO, where all the damage they have are skillshot based, and they have multiple phases with different moves. Of course, this wouldn’t be realistic budget wise, but it would be tons of fun. Imagine finally getting the next level in your talent, then rushing to your friends on discord and trying to challenge the boss difficulty that you were THIS close to beating last time.

A CPU can’t complain about talent whales. A casual can’t get frustrated by a boss that’s entirely based on dodging (unlike Kestrel who skillshots at point blank).

Give it 5 difficulties, make it so you can only challenge it once a day, and give rewards the first time you clear a difficulty.
You have to unlock difficulties by clearing the one before it, of course.
Make a boss different every season, just make sure that the last difficulty is almost impossible and requires a different set of characters. Give them counter mechanics to certain things. (e.g. Stealthing drags all the aggro towards you, so Kestrel dies)
Give it one shots, I don’t care.

Plus, give it counters that people can discover. For example, imagine a boss that can constantly dash over and over, but slowing their movespeed reduces their dash speed. You could run something like Long Shot Ringo and Flibber to try and counter it, by popping their slows right before it does it’s routine dash away. Maybe something could have a passive that reduced all damage taken by 500, so you can only use massive burst damage to fight it. Stuff like that.

I’m sure people would still use level 10 Kestrel epic though.

Seriously, if you use that, I’m reporting you after the game.

I’ve advocated adding a PvE mode for quite a while, so I like your idea. 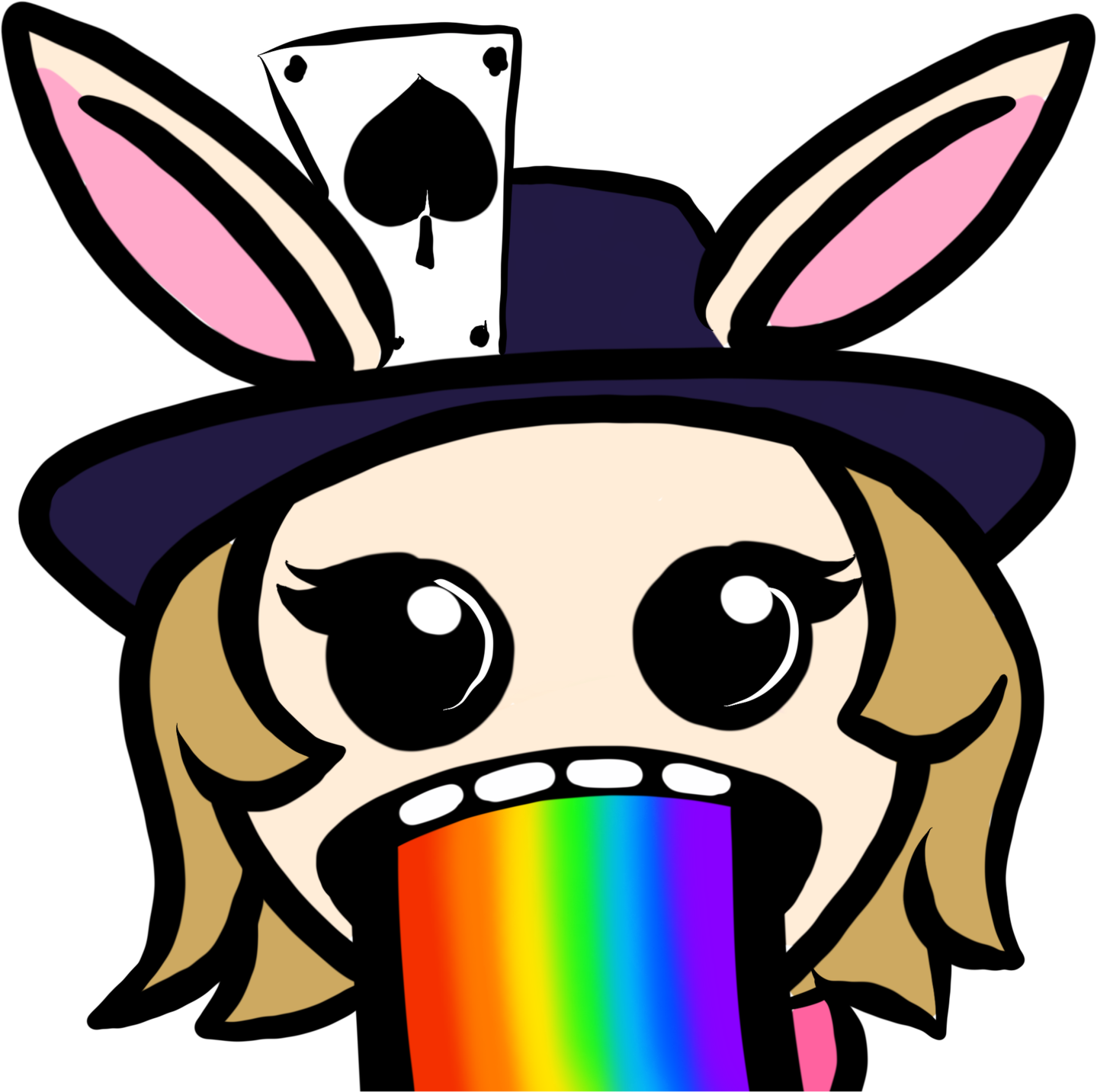 PvE promotes cooperation and as such, is positive for everyone playing (unlike PvP, as you point out).

Ofc, they’d have to do better than the current bot programming to make it a challenge. Lol

I definitely agree on removing Blitz ranks tho.

I wonder if a 5v5 Battle Royale will still have the “Re-Roll” feature.

I wonder if a 5v5 Battle Royale will still have the “Re-Roll” feature.

In AoV’s ARAM-type modes, you get one free re-roll, then you have to pay increasing amounts of gems (roughly equivalent to ICE in VG) for each re-roll after that. That’d be a pretty good model for VG to adopt, I’d think.

Wait, there are gems in league? I thought you use RP to reroll after?
It would be cool to have rerolls bought with glory

Wait, there are gems in league? I thought you use RP to reroll after?
It would be cool to have rerolls bought with glory

If you’d start at a lane under attack by several waves of minions+BlackClaw all with focus on players and turrets at the same time. Having to defend the turret for as long as possible etc.

Boss capture with Kraken with a nice skin job.