I am going against teams of similar if not the same or even higher tier levels compared to my team, which share same skill tiers with me. Looks like our broken matchmaking days are over! At least for me

I tried captain again on a 5v5 map.
Captain=lost game while in 3v3 I lose because people shit on vision vs taka…

Carry>40% impact solo captain is 10% impact solo. You need 2 good people to win a game. Playing captain guarantees that you have less impact.

They should destroy all utility items and be done with it.

Lmao I am late too the party. I thought after a break I will write an entire post to criticize SEMC for everything and to justify my self proclaimed skills

The disconnect between the two modes is pretty jarring, it’s quite true. While many long-time players are able to adjust ok, it’s still not optimal having two different UIs and two different vision systems. I think that for new players, it makes the game (which is already far more complex than something like AoV or ML) even more inscrutable.

I blame 5v5 for lack of vision 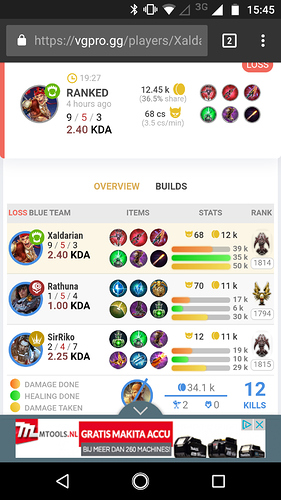 Tell me how to win with a team like this. He bought the flaregun after the enemy started countersnowballing. He refused to lay a single mine down.