I dont feel the change to the seasonal reset at all

“Starting next season, your rank will reset deeper than before, but you’ll climb a little faster when you’re winning. That means you’ll start the season lower than in previous seasons, but wins will be worth more.”

I dont feel this at all. My rank dropped to POA silver (was VG silver), and i think my 3v3 rank at decay cap didnt move at all after the reset. I get 25-30 elo per win in POA silver and bronze, and now in VG bronze im getting 10 elo per win. I gain the same elo fighting t6 (yeah matchmaking is bad) or t10 players. Its exactly the same as previous seasons?

Yeah i got 30 points for a win in Poa bronze and now i am getting 25 in Poa silver meanwhile i only lose 2 to 4 points when i lose. Honestly they should get rid of the hidden mmr there is just no way you dont get vg after reset if your mmr is vg its so silly you see people with a 43% win rate get vg.

Playing enough even if you are not good at all = VG for sure (for anyone t7 old 3vs3 rank and up) The rank system is totally flawed and against it’s purpose.

Season reset hit me a bit harder as I went from 2700s to POA bronze which is interesting but it doesn’t affect me at all since I got 30 Elo in the POA tiers and I get 9-10 ELO as I’m in early 2400s. Might decrease to 6-7 when I reach 2500s but in all honesty I’m just seeing so many new names on the leaderboard for NA which is scaring me lmao. Then again lowest is like 2440.

Every time I read these, I feel like a failure

I have been stuck in T9 for four seasons now

Life has no meaning

I’m definitely gaining more since the patch. I don’t think I’ve earned less than 20 on a win, where I used to typically earn 8-16. Im usually getting 25-30 on wins. I rarely lose more than 10 on a loss, and I’ve had several -1 losses.

Before I kept making tier 7 then suddenly taking a couple of 30 point losses. I haven seen a loss like that this patch. 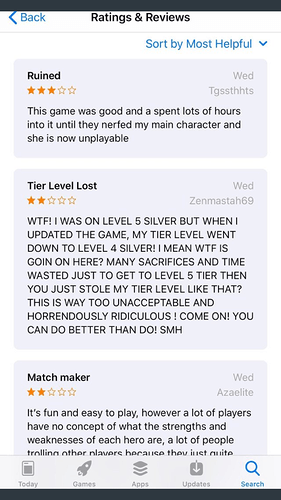 Dang that 2nd guy is angrier than the entirety of the forums.

I’m almost finding the exact opposite. Nearly impossible to win because I’m playing with such poor teammates. I am still at bronze POA after being reset from VG to 8 silver.

It’s been extremely frustrating. Half of my games have ended by 15 minutes, teammates trolling and throwing, and spamming surrender. It is nice that when I do win, I get 25+ elo, but it’s a slow grind with the increasingly poor play. It’s like their hero mastery system. Just play a lot and you’re rewarded. Where is the reward for those who play WELL?

I’d rather have had a more minor reset, and keep the risk and reward system they had. I can lose 20+ elo in a loss, but can gain the same in a win. Now you can have like a 25% win rate and make t10 eventually with a net gain of around 15 for every 4 games at that rate. It’s just going to dillute the quality of play at our “high ranks”

Your teammates are based on mmr not visual elo, you still get the same teammates after the reset

It’s true, but not for all matches. Some of them I am literally levels above all the players in the server (t9 bronze right now, my normal elo is around 2500 soloq).

I refuse to believe this. I am seeing names I’ve never seen before, and I am literally watching replays and seeing how awful some of my teammates are. Before I would get matched with pro players at times last season. The qualify of games was beautiful to the point I was happy even when I lost. This has been an absolute garbage start to the season. I can promise you I am one of many complaining about this so far. I continue to play this game simply because I love MOBA games and I like what this game has done so far. My patience is thinning, however.

Nope, I was hardstuck with a 0% WR for a good amount of time because I decided to play a day late of the season reset and at an odd time. Queuing against a bot and jungle duo who had seemed to understand the patch had triggered me multiple times. It wasn’t until I started intentionally sniping players that were either like me and didn’t play patch much or just people who I had gone against in the season before.

Never started off a season so poorly but hey <50% WR this season and almost mid VG after like 20 shows how unbalanced this game is Elo progression wise.

Sandiha’s right - your MMR is what determines who you’re matched with; think of VST as a loose reflection of that, more like a trophy and play incentive. So the people you’re playing with do have the same MMR as you. But! Every new update, lots of old players log back in after not having played in a while, especially now with features like cross-platform play and the UI tweaks. You’ll probably see a lot of rusty play or folks who don’t really know what’s going on. Usually sorts itself out after a couple weeks. 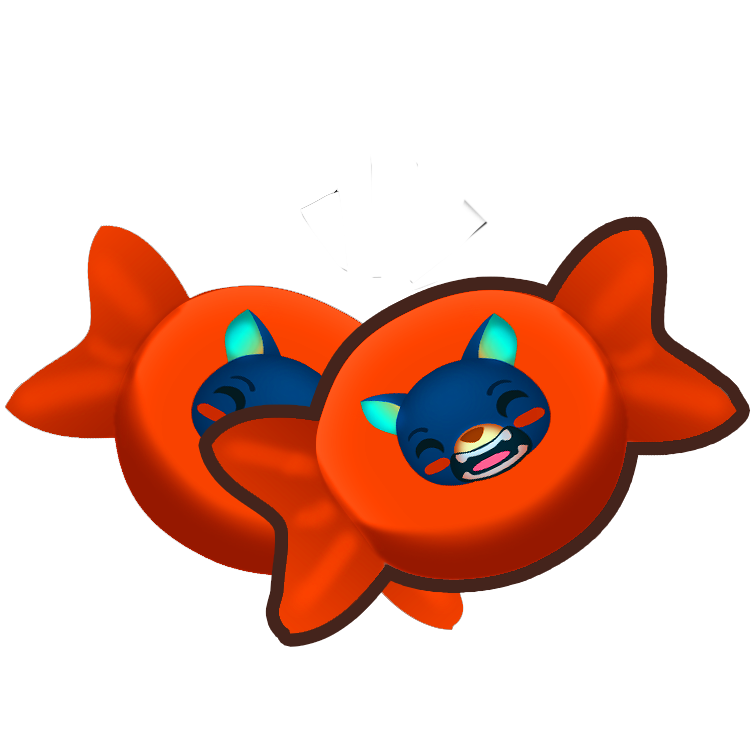