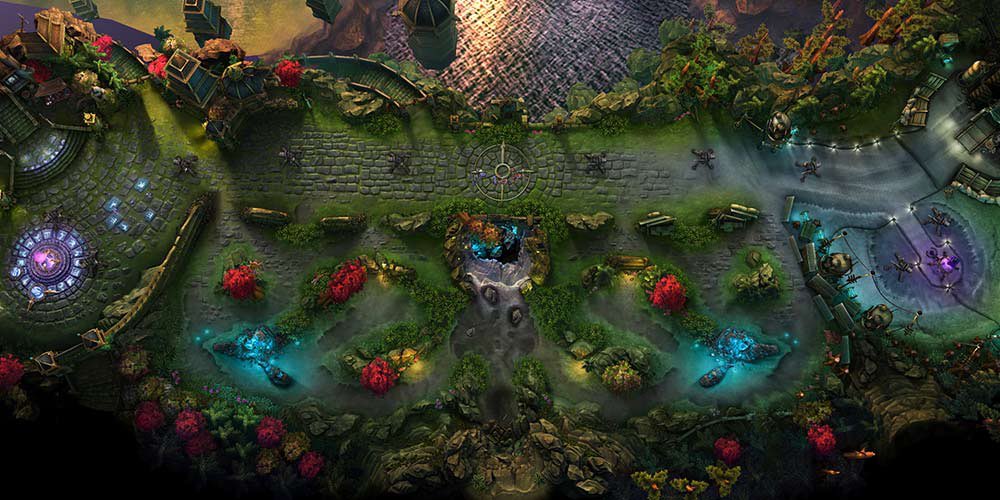 Me too, such a shame that they completely ignored it after the 5v5 release.

Yup – the game was never the same after 5v5.

5vs5 should had been a totally different game with heroes created for it (or if the old ones are ported, they should had different skills that carry their spirit and feels right for the given hero) + they should gone wild with more unique ideas instead of generic 5vs5 formula.

TBH they should just create a different skin system, going forward about it - telling old school players why they need the change and give, for example, few really high quality exclusive skins that are one time to the current players. Everyone was going to understand them and support them via buying few skins after the new system is implemented. Also instead of totally dropping esports, shrinking the budget to the possible limit without breaking the quality/dropping teams. The game was unique, would had survived even wild rift as it’s just different. 5vs5 is what will not survive it even if it was on better place, but 3vs3 was totally unique and high quality fun game that can be played in parallel with wild rift.

Still hoping they will bring back VG with sudden update and hero balance.

Was a mistake they dropped it at all, should had made a deal with netease to take some spends on servers and partner with them on the game globally. Revamp the skin system to mirror how LOL/wild rift does it (i.e. not mobile legends rip off, but a more premium and fair way of doing it, but most cosmetic content locked behind money, period and no exceptions other than exclusively created free content and some competitions, but still the best stuff locked). Also revert to 3vs3, ofc they can’t remove 5vs5, but should had switched the focus + use the 2.8 balance (before HP changes) as baseline and balance the new heroes after that patch to it + promote the game and start competitions again. Ofc not realistic, would take massive resource and years to revert what they did to the game, i.e. not possible or good investment (double that given the risks).

Btw, just found out that one:

NetEase, China’s number 2 biggest gaming company, today announced that its MOBA title Vainglory is shutting down on 28 July. Developed by Super Evil Mega Corp as its first game, Vainglory famously did not make any profits which forced the team to...

Dunno how I missed it, but VG is globally dead from end of July. Netease dropped it when they saw the wild rift alpha

Maybe… if SMEC does well with this current game… and at some point decides to back to VG… and because why not…
I hope they revamp the entire game keeping it with same heros, change the 3v3 map and 5v5 differently but not generic kind… and they have the source and income to fund the game promotion because I can this game being big in other consoles like switch and ps4… with the kind of graphic and VG is also unqiue. They might be able to pick up where they left off

Wild rift is coming to all consoles and designed from the start for them too. It’s not just for mobile.
SEMC coming back to VG is not happening even if they succeed with catalyst black (and I doubt that too, atleast for major success). What they will do is fund another project with the money from the success instead of going after failed one that will go vs LOL WR that would be already by then the undisputed king of mobile/console MOBA.

ML is more of a whole platform - chat, comments, profiles with pictures (lol), build in games and whatnot, but even that game will suffer big time and most likely start to shrink instead keep growing. LOL WR is easier enough to start as new player and controls close enough to ML while superior in every other way. The only thing missing is kids posting their “cool” pictures like they are on facebook, but that will not be enough to not lose players to vastly better game with better presentation and monetisation.

Realistically there is no mobile DOTA so LOL WR will be the only “real” PC like MOBA that is serious enough to be called that, but also casual enough to be approachable.