SAW in his current state is one of the hardest heroes to balance properly. He is very clunky to use, and his very high damage potential almost never comes to light since SAW is often forced out of this damage potential, either by cc, atlas or burst damage. The main cause of this is SAW’s horrendous movement speed of course. In this rework, I’ll try to fix a lot of problems SAW has without straying away from his ‘high damage, low mobility’ ideology too much.

Here are some problems SAW faces and what it means for trying to balance him. These things have to be fixed or at least taken into account somewhere in the rework to make SAW balanced, or at least more interesting.

Now that I’ve established some areas I want to focus on in this rework, let’s get started.

Despite the fact that SAW is one of the most buffed up characters in the game, he has some of the lowest HP in the game, which doesn’t make much sense. I completely reworked the way his suppressing fire works, so I gave SAW a little bit extra energy, but I’ll get to that. The range and atk nerf is compensated later, and that change allows SAW to scale better over the course of the game. The atk speed buff has the same purpose.

SAW’s bonus attack speed can go up to 200% now, as apposed to 216%. Counting the +9% base attack speed buff, this is a -7% net nerf, which isn’t a very big deal considering it’s easier to stack up more quickly with this rework. The speed decrease has been toned down significantly. SAW can reach 2.8 movement speed at max stacks, which is still much slower than Phinn, but at least it is more bearable than before.

Now it’s getting interesting. The cooldown changes allow SAW to be much more mobile during fights. With just a bit of cooldown reduction items, SAW can actually use roadie run twice in a row. SAW can also run into a fight with all of his stacks intact now, and still have roadie run up as escape. SAW can reposition himself to different areas to suppress much more quickly with this change, which means that SAW can finally be the siege machine he was designed to be.

Suppressing fire is a toggle now. When activated, SAW roots himself into the ground, instantly gaining spin up stacks equal to the level of the ability (so 5 stacks max). His basic attacks slow enemies (by 25%, down form 45%) and have 0,2-0,4-0,6-0,8-1 bonus range, so up to a max range of 7. The bullets have a slightly different colour to indicate this. Every basic attack fired during suppressing fire consumes a small amount of energy.

This ability technically works the same way as the current suppressing fire, but the difference is that you have much, much more options with this change. You can cancel it at any time, or continue firing as long as you have enough energy. You can also aim your fire, covering much more ground. It also gives CP SAW a bit of sustained damage, which is nice. Overall, it´s much more streamlined and versatile this way, making SAW way more interesting to play.

This change gives you much more control over shell usage. Right now, SAW wastes a lot of his shells on targets that aren’t low on health, simply because he cannot choose when and when not to fire a shell. This change fixes that and makes the shells more dangerous as well. 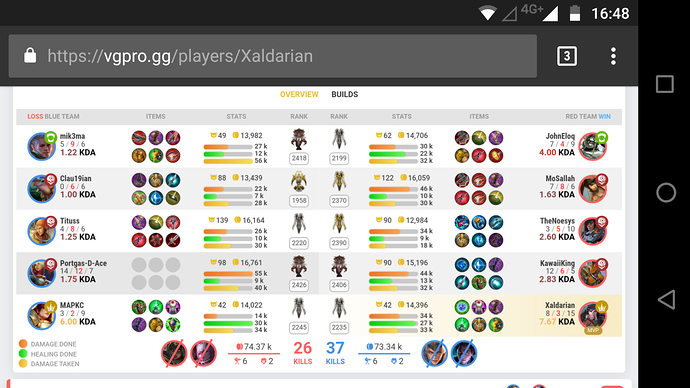 I had to read that like 5 times just to wrap my head around this idea.

Correct me if i’m wrong, but by “toggle”, do you mean suppressing fire has No CD? How about a Root animation during changing from rooted to unrooted?

Also, how do you propose Bullets be manually loaded for mad cannon? tap the ability and tap the hero? I assume there will be a bullet loading animation as well right?

220% attack speed when at full stacks with that little of mobility penalty + being able to maintain them during his A +deleting the slow when having a speed boost? He would still be dealing a lot of damage while also being able to move. This is a buff that doesn’t change the damage while giving him easier ways to survive and to deal damage, that’s op.

He smashed that mage though…

There is actually a real simple way they could rework him so that noobs can’t just stay in a single place and 1v5, but still making him (kind of) viable in the higher tiers. Just make it so his B doesn’t give him any spinup stacks, but make it toggleable. That way the fastest method to get stacks would be stutterstepping, which most noobs don’t know how to do, and being able to cancel whenever you want will give him some more mobility.

Or they can introduce a rage mechanic so they can scratch the Ult and basically put the epic talent in its place for a duration that scales by seconds. Like 1 level up = 2 seconds, 2 level up = 2.5 seconds, max = 3.5 seconds. And to benefit the CP side of SAW they can make it so the speed from rage and Roadie Run stack and building CP makes the duration longer to a cap of 5 seconds.

That would make SAW fun to play, work with his personality, and make him different from other carries. Also make his initial base AA damage a little bit lower than Vox but then a little bit lower than Ringo. Give him a range decrease as well so he doesn’t feel oppressive. Now SAW players have something to look forward too late game and obviously atlas will be SAW’s biggest weakness.