More bling for your favorite champs so you can flex on your foes!

While I like this idea (because I don’t really care to spend money on League, as it’s a massively enjoyable game), the blowback from the community over “paid achievements” is pretty severe, from what I’ve seen so far. Regardless, it’s live on PBE now and headed for release soon.

Yea it really does kill the hype for me. And that some of the missions or requirements to complete an achievement is really bare and generic from the last I saw them. Idk if they changed it though.

It seems like the “basic” level (the one you can purchase with Blue Essence) is fairly generic. The more advanced set (that is RP-only) is more specific to your chosen champ.

I see it as a totally optional thing, though, so I don’t get all the hate for Riot. If you don’t want to spend the money, don’t spend it. It’s not like it’s anything but cosmetic anyway.

I see it as a totally optional thing, though, so I don’t get all the hate for Riot

Totally! I agree that if you like it, you like it. If you dont , then obviously you dont.

I personally don’t find it all that interesting but I do like the thought put behind it. I cannot but help think about when Vg was going to put a mastery system in game but it wasn’t fully completed. Maybe that is why I have a bad taste with mastery systems in general.

Hopefully and probably Riot will get feed back in the future and further improve Eternals but as of rn. Its nice. Nothing spectacular though. 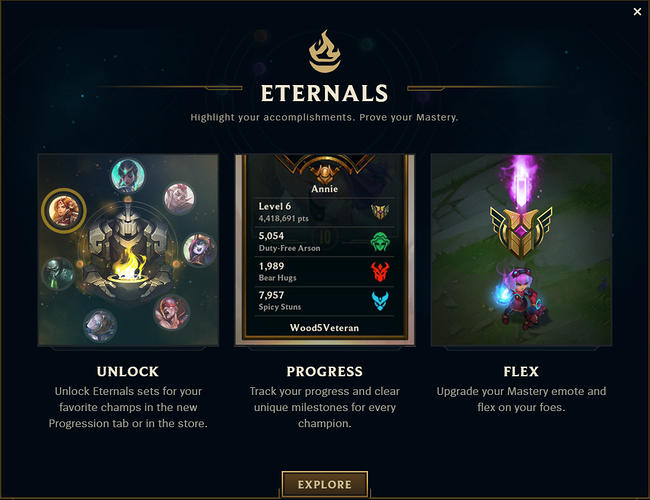 They’re here! Here’s one place you can purchase them – in the Collection screen for a particular champ – but you can also purchase them in the Shop. You can unlock them for one champ at a time, or you can purchase a passes to unlock the Basic or champion-specific Eternals for ALL champions – current as well as all future champs – which seems like the way to go, if you like the whole concept. 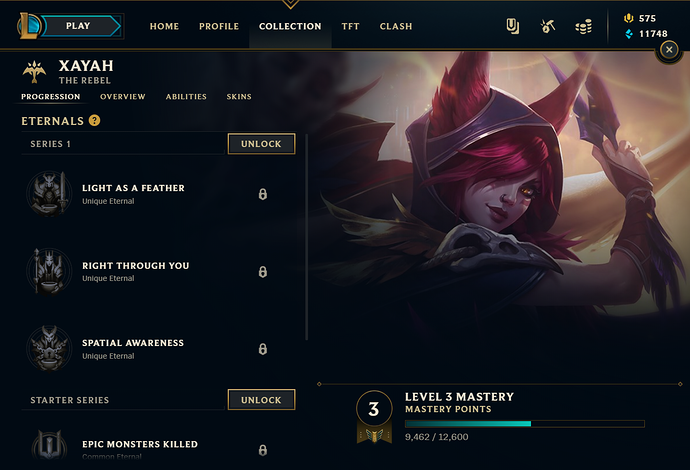 Anyway, I decided to test the waters by unlocking the ones for Xayah, then I went ahead and played a match. There are some pretty neat callouts that pop up during the match now – it’s hard to say whether they’re Eternal specific, because you can’t see the enemy Eternals, and no one else on my team had them unlocked. Although we lost the match after quite a battle, I earned an S+ for the match: 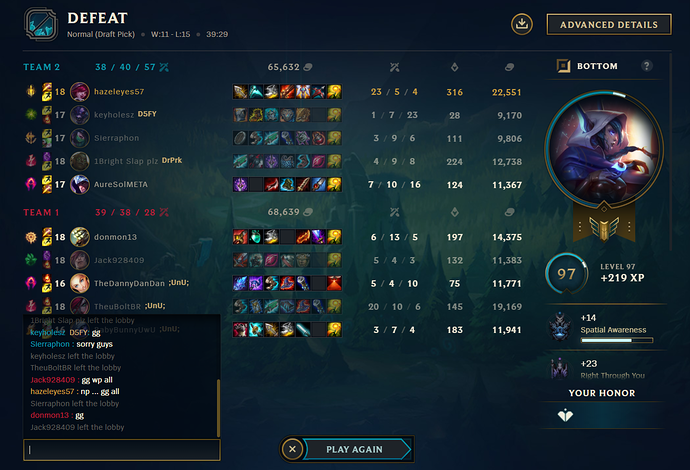 At the right side of the end-of-match screen, your progress towards each Eternal is shown. I didn’t realize it scrolled, so I didn’t capture the whole screen, unfortunately. Here’s what Xayah’s mastery page looks like after the match: 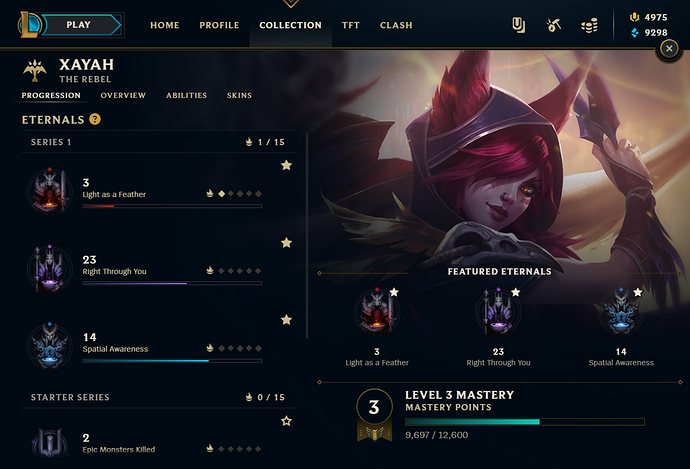 All in all, I’m giving the system a thumbs-up. Although not free, the basic Eternals can be unlocked with BE, and the passes are quite a bargain, assuming you play a decent variety of champs. I’m going to go ahead and buy the passes the next time I spring for more RP