Today we will be looking at Amani, a feeble larva that transforms into a dreamy flutterby who ensnares enemies in slumber. 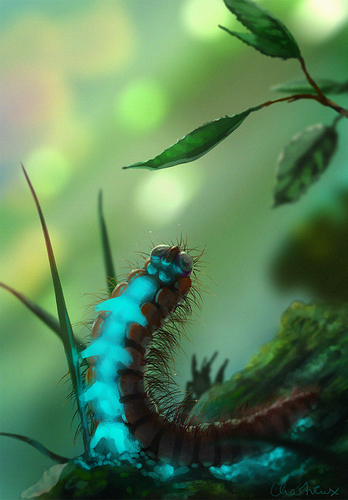 Amani is a medium-range mage who struggles in the early game against most opponents. However, once she undergoes metamorphosis into her final form, Amania gains powerful new abilities that allow her to swarm the competition.

Amani’s Passive is Blessings of the Water Hemlock

Whenever Amania receives direct damage from enemy champions or monsters, they are POISONED for 4 seconds; taking 14-138 (+60% CP) crystal damage per second. The duration of the poison is refreshed with basic attacks.

Upon successfully completing her ultimate, Amani transforms into her adult stage; losing her old abilities and some stats permanently, while gaining a new set of permanent abilities, stats, and new additions to her passive.

Amania shoots out a strand of silk that strikes the first enemy in its path, dealing crystal damage and slowing the initial target and nearby enemies by 20% for 3 seconds.

Amani spits a poisonous projectile in the target direction dealing crystal damage to the first enemy in its path.

Active: Amani ROOTS herself in place and starts channeling for 5 seconds, creating a hard outer shell around herself, immediately gaining temporary bonus health, armor, and shield based on her crystal power.

While channeling, Amani is immune to all attempts to DISPLACE her, but cannot utilize any items, abilities, basic attacks, etc. for the duration of the ultimate.

This ability’s channeling becomes uninterruptable after 2 seconds has passed.

After this ability has successfully finished channeling, Amani emerges from her chrysalis in her final form and after 1 second, attains her new abilities, passive, and stats modifications. 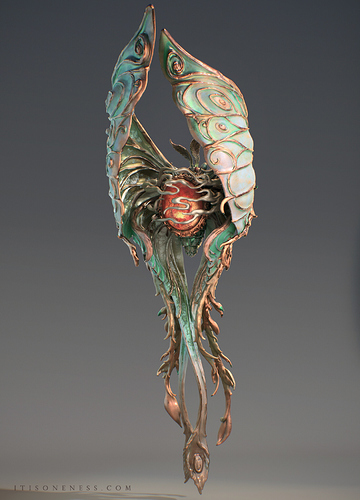 Whenever Amani receives direct damage from enemy champions or monsters or if they are damaged by Amani’s abilities. they are POISONED for 3 seconds; taking 14-78 (+35% CP) crystal damage per second. The duration of the poison can be refreshed with basic attacks.

Dream Siphon: Amani’s abilities do not awaken enemies who are ASLEEP and deal 25% amplified damage to targets who are ASLEEP. When Amani damages an enemy who is ASLEEP, she gains energy based on 2% of the target’s max health.

Amani flaps her wings generating a gust of wind that knocks Enemies AWAY from her cast position dealing crystal damage. This ability can be RECAST again within 0.8 seconds if the first cast of this ability successfully damaged an enemy hero’s health bar.

This ability will displace Amani’s Noctis Powder and/or Haze of Floating World and also remove all enemy status effects on allies and enemies.

Amani spawns a cloud of scales at the target location that continuously damages enemies inside of it. This ability has 2 charges.

Haze of Floating World: Enemies inside the cloud take increased crystal damage and become DROWSY for 3 seconds. DROWSY enemies who do not leave the cloud after 2 seconds will fall ASLEEP for 2 seconds.

Items and abilities which cleanse, grant invulnerability, or grant immunity to negative effects will negate the SLEEP debuff even if the target is already DROWSY.

Casting Astral Flutter against Noctis Powder or Haze of Floating World will cause the cloud to DRIFT in the target direction for 5 meters.

Amani disperses into a swarm of smaller lepidopteran insects which continuously damage all enemies inside the swarm. The swarm reconstitutes back into Amani’s Final Form at the group’s current location after the ultimate ends. Amani cannot use items, abilities, or basic attacks for the duration of the ultimate.

Really cool ability set, while I tend not like ranged characters having much crowd control in general (For example harhalk :/) this kit is really fun even if playing against it as a melee character could be really toxic.

If you have time would you mind giving me a detailed rundown of what you think of the hero?