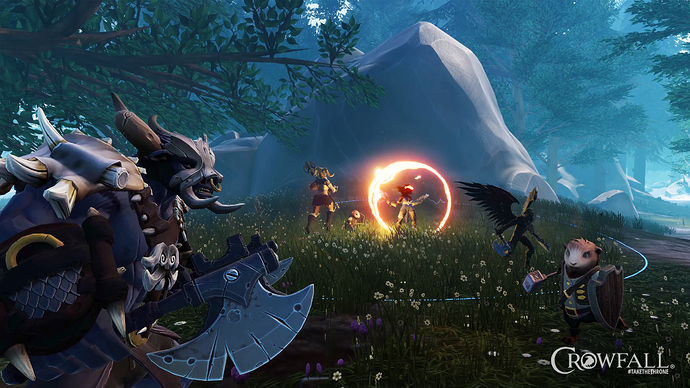 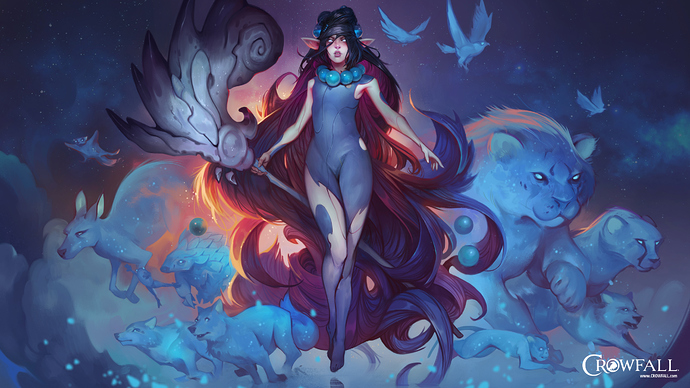 More info on the game (and beta signup) here

Since this forum is mostly focused around mobile titles, you may not get as much feedback concerning PC-exclusive games here. Some people obviously play different things on all kinds of platforms, but MMORPGs in particular are on the other end of the spectrum, in terms of time investment and so on.

The list of titles which the Lead Devs previously worked on is interesting. Ultima Online defined my notion of what makes and breaks a good game; and Crowfall seems to share quite a few characteristics, when it comes to sandbox elements and player agency (with the exception of characters being class-restricted).
Unfortunately, player behaviour evolved a lot over the last 20 years. Wherever conflict is possible, it’s going to be meta-gamed. Dealing with gangs of 3 or 4 PKs was possible in UO, if you were at the top of your game. 50 people camping choke-points for lulz is a different scale, and it just ruins the way I like to play in a medieval fantasy setting. Coordinating spells on voice for insta-kills is not my idea of fun.
Incidentally, it’s not what most open-world enthusiasts are after, either. We had a bunch of similar titles over the last years, and though I have not been following them too closely, most seemed to perform poorly, after the initial craze wore off, and large parts of the audience just couldn’t stand dealing with assholes anymore.

Crowfall may end up doing better, as it seems to have a focus on empire building - and that’s a slightly different approach, which may help with channeling the whole PvP meta aspect into an RvR thing. If everyone knows what they’re signing up for, this could be a new Dark Age of Camelot. Not my cup of tea, exactly, but it could make a lot of people very happy.

Love this art style. I tend to very much dislike most MMOs (not the idea itself, just the general trends in the genre) but if this game offers a clean and approachable experience with a lot of depth I will definitely check it out.

The game has been in Closed Beta for some months now, but new players can still register an account to participate to it. The population is quite low actually but some great PvP and sieges still happening almost every day.

They have improved the performances a lot, added mounts, caravans and refineries, transformed the character advancement (now passive training is gone, replaced by a more active way of training (through gears)), GvG campaigns and more.

Still CF has lot of gruesome elements to it that may not please everyone : necromancy, grave digging, decapathons, etc.

I guess we’ll see soon if this game passes the test of player attraction and retention!