As this software allows html and bbc coding in post it would be helpful for builds to have a standardized template to use. Vgfire as a resource is getting to the point good guides and builds are hard to find. You could put three template in a sticky post and code so it can be copied and pasted for builds and you could also(if discourse allows) add item and skill icons to the Emojis to add to the makeup of things. If we want the forums to succeed and be a great resource in players a standadized format for builds would be nice.

Those are great ideas!

I’d thought of adding hero and item icons as emojis before, although I’d need to check if there’s a limit. One argument against this is that while emoji images can be good quality, they’re rendered quite small, so might affect legibility.

But maybe we can get around with guide templates? We could upload the assets, and people could pull the urls to include whatever they like… Hmm… that’s a really interesting possibility.

You could also require the game version in the name for recent information can be sifted through easier by new members. Back in my proboard days you could actually make every new topic in a category or sub category come in form first through headers and than plugins idk what’s achievable with discourse but I would be disappointed if you couldn’t

@HipsterSkaarf DUDE… ok so just before the api was released, I had actually built a fully responsive variation to display builds (because I also wanted to see how a heroes abilities scale with WP/CP already calculated in).

Anyway, I stopped development because the api came out. That may have been a big mistake tho, because the api was supposed to eventually have in-game data available like core stats. But I actually stopped messing with the api once vgpro and vgminer were launched… because why redevelop what they’ve already done?!

So I bring this up… because an interesting thing that I did to make that vgfire-ish part… was I kept the entire in-game stats in a huge JSON file. That made it quite easy to calculate things purely on the client side, and in theory a small group of us could manage and update it… esp if formers helped those few to review the changes each update…

Dude that data paired with thumbs for each item, hero, and ability thumb images… are ALL of the base components of a build.

Should I volunteer myself to help build a tool to use inside this portal??? (It would be fuuuun!)

Looping in @hazeleyes who probably has some ideas on this too. 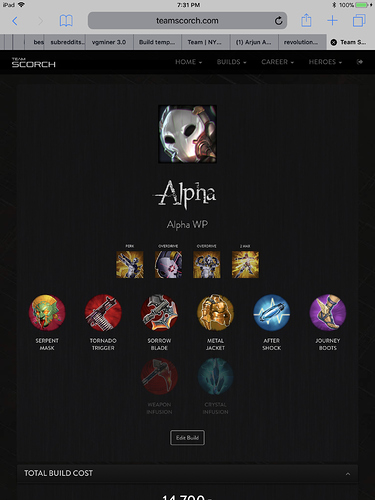 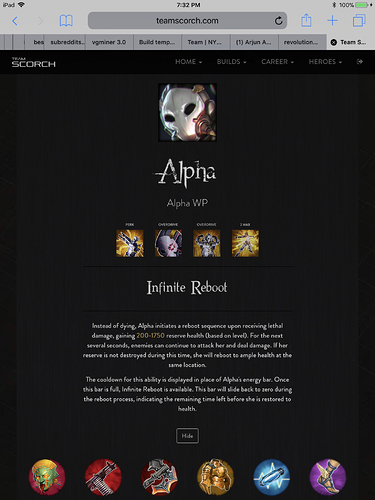 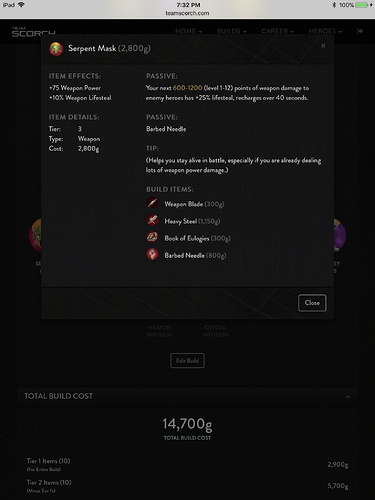 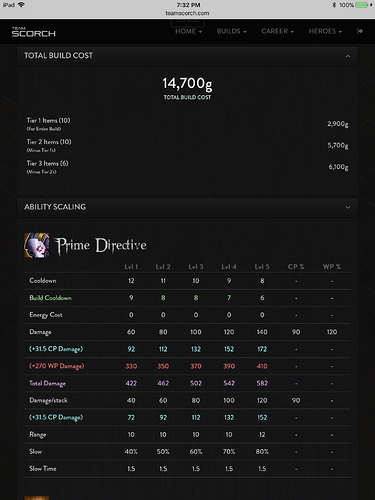 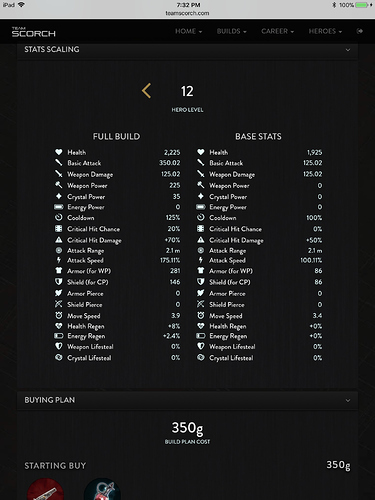 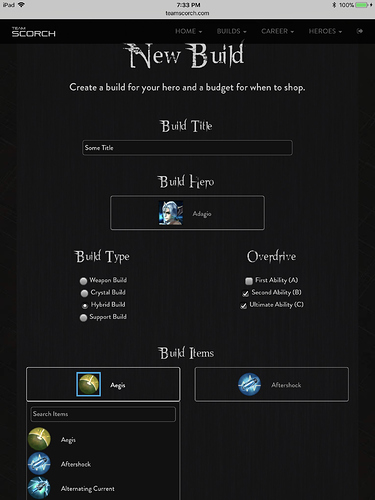 That would be an amazing tool to add here. Especially for newer players to see what each item does to stats. I’m it would also render vgfire obsolete as you could see how the build is going to come out.