I gather that other people have complained about the BP already, so I’m just adding my voice to the crowd and venting a bit. If you don’t want to hear a vent, you can skip this. :-/ If you’re actually working for SEMC, I’d appreciate a read.

I’m so frustrated by the Spring Battle Pass. In exchanges with customer service recently, it seems like it was their intent to do it as a limited release this entire time … so why didn’t they just clearly say that? I spent the past 2 months just waiting, and waiting, and waiting for my opportunity to purchase it like all the other lucky folks. Props to those who were able to get it, but I think it’s a real slap in the face to everyone else who couldn’t get it. Not only were we not able to get it, but SEMC didn’t take the time to officially tell us that it wouldn’t be released to us. (note: if they did make a public statement to this effect, please show me … I haven’t found it yet)

The original announcement does state that “Not everyone will have access on launch, but check back to see when Battle Pass will be available for you!”, but does that not sound like if at first we don’t have access, we’ll get it soon? Am I just way off in assuming that there’s a difference between “on launch” and not have access “this season”? Also, where are we supposed to “check back” to? Was there any other public, official news statement about the BP? (again, if I missed it, please show me, and I’ll apologize for being so frustrated)

That first (and only, as far as I know) announcement about the BP said that “the Battle Pass will be available until the end of Spring season”, so again, how are we supposed to know that this offer wouldn’t be released to us this season? There’s no mention that the entire Spring season would just be the “launch” window, during which not everyone would have access? Ah, I’m just so frustrated by this.

As a last note, I’ve been playing this game and regularly spending money on it since it was first released in 2014. I’m a collector and a player, so this deal (with all of the blueprint chests and the guaranteed legendary skin) was like a gift from heaven. It felt like this had made this deal to help out players like me who’ve already put in a ton of time and effort to VG and needed more specific rewards. I think the most frustrating thing for me is the fact that although this game means a lot to me (and missing out on an opportunity like this affects my personal gaming experience a lot), I’m just one player in a sea of players, so SEMC has no reason to care about my personal case at all. Customer service will continue to say that they “understand my frustration”, but they can’t actually get what that feels like. And they will continue to be unwilling to throw a bone to those of us who put in the effort to get to season level 50 and just missed out on all the free (yep, you have to pay some ice at the beginning, but it all comes back … so it’s basically free) perks that the lucky ones got this season.

Sure, there’s supposed to be a “25%” better BP coming next season, but in a message I exchanged with customer service, they literally just said “The Battle Pass 2 coming this Summer Season is expected to be released to everyone.” It looks like some people may still be cut out of it. Or it just may not happen? Because I’ve complained so much, will I miss it again? Hmm …

This was a pretty crappy move by SEMC, imo. A certain percentage of players were not offered the opportunity to purchase the battle pass by design. (They were doing “testing” was the explanation given when I asked about it directly.) Their lack of candor about the situation is unfortunately entirely in character.

Still lacking a rare key I paid for…

But your situation is absolute crap.

The day some players mentioned that they are not able to get battle pass, I knew that this thing was about to happen after season.
SEMC’s whole testing phase for new stuff is BS or they probably had some issues rolling out this new stuff like always.
Maybe you will get the rewards after season.
Hope for the best.

I don’t understand… I can just purchase it for around 1300~ ice, or didn’t I understand the problem?

some people still get shown a ‘battle pass coming soon’ or something likr that kind of screen and they cant buy it.

Oh, that sucks… Best is to just wait out until they fix it… Nothing else can be done except maybe contact support 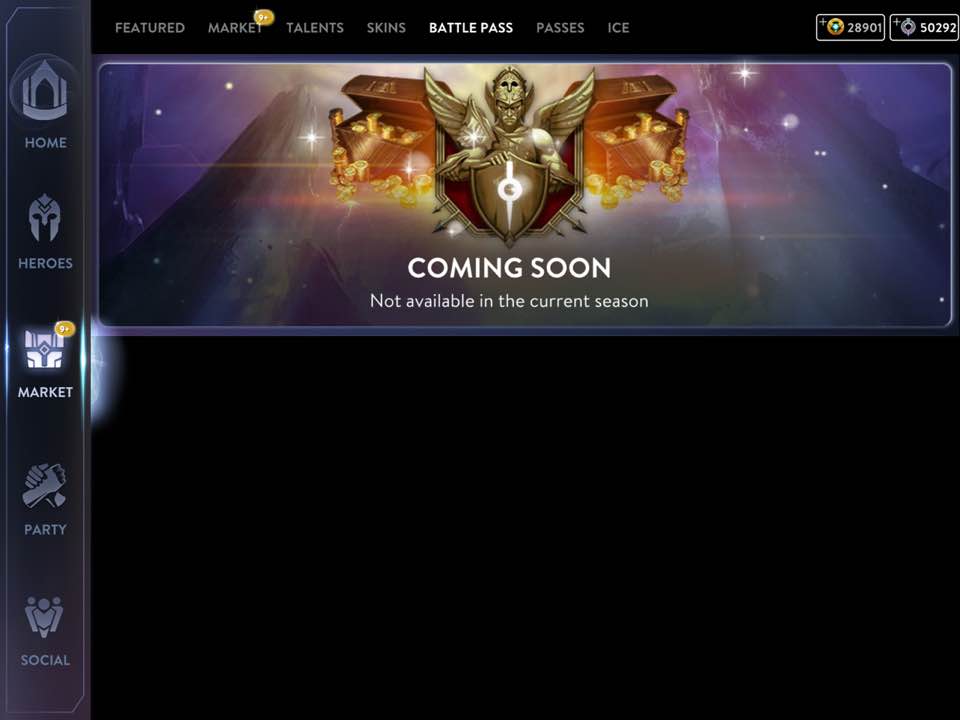 I have that too. The last season just ended, so that’s why 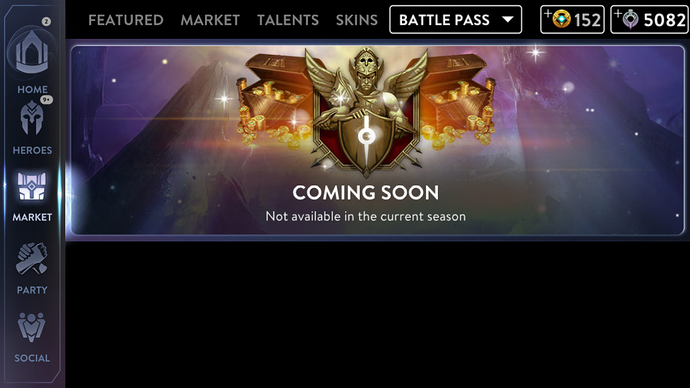 Probably some mistake by devs that they ended it sooner, no big deal, is it

that sucks I didn’t buy because it was midseason

You’re missing the point. That’s how it was all season long. It’s not something that just changed because the season’s ending … from the day it was released, some of us haven’t been able to purchase it. That’s the point.

No one can honestly say they didn’t see this coming. This sort of thing that (iirc) was a sudden surprise doesn’t seem to go well for SEMC.

As @Tundras21 says, the point is that some players were never given the opportunity to buy the Battle Pass at any point in the season. And as I said above, that was an intentional move on SEMC’s part. Which is pretty shitty, imo.

Same I thought It was just bugged that I couldn’t purchase it, or that it was only released regionally but seeing everyone in my guiild almost have it, it kind of saddens me because I definitely would have bought it