Content archived from the Original Vainglory forums - originally posted by emuthenerd on 14 January, 2017 archived by @Moose

Below are all the current heroes listed in alphabetical order. With each will be a short (just kidding, very long) explanation of how to draft against them and how a vainglorious player or team might think during draft. I don’t talk about every single 1v1 matchup, but the themes of mobility, gap closing, kiting, etc. are all mentioned and these principles can be extended to every possible matchup. I have left Flicker and Idris out of consideration since I have yet to see them perform in a lot of varied matchups. You’ll also notice a lack of info on Gwen and Baron; they are both still new enough that I don’t feel experienced enough to give complete inputs on them.
I don’t repeat myself either. Because this is in alphabetical order, I won’t feel the need to elaborate on the same hero matchup under both heroes. For example, under Adagio I mention that Adagio is weak to Celeste. Therefore it is unnecessary for me to say under Celeste’s heading that she’s good against an Adagio, since Adagio is first alphabetically and this matchup will already be included under that hero.

For all of you tl;dwtr (too long don’t want to read) people, here’s the quick summary in this ugly graph I spent 20 minutes on in Microsoft Excel. OR you could spend the time to actually read some stuff. Or maybe just one or two heroes. Or just skim over. Or whatever.

Disclaimer: These are all my opinions, and obviously, sometimes opinions can be wrong. BUT If you message me or leave a comment that says “Hey Emu, I was Alpha against a Joule and I lost, how could you lie to me? Clearly Alpha isn’t a counter, I’m suing you for the emotional distress this caused me!” I will just tell you to get better. With that said, if you see something factually wrong that got changed in one of the patches and I didn’t update this list (or if I made a typo and OCD is now driving you insane) I will change that.

Fortress: Commonly played as a support, but also has seen use as a CP jungler. Fortress is incredibly aggressive, with his skills allowing for a lot of extra damage to appear without building offensively on Fortress. His skills allow for very easy engages, whether a Truth of the Tooth or Attack of the Pack. His skills give all of his team increased mobility and increased aggressiveness.
However, he lacks in defensive capability. Aside from the pack wolves, which can body block damage (which are on long cooldowns), Fortress himself has no bodyblocking potential since he has very low defensive stats to begin with. Secondly, a team built around attack speed can quickly blow up pack wolves, making Fortress’s ultimate useless.
Strengths: Increases entire team’s mobility, extra damage in fights
Weaknesses: little bodyblocking ability, no stuns
Kestrel: Kestrel’s immense damage output can often be slowed down by a good support absorbing a few Glimmershots. However, even if Fortress stands in front, he will lose an incredible amount of health unlike other supports.
Lyra: Fortress’s Attack of the Pack wolves can proc bleeding on all enemies at once. Along with a burst of damage, bleeding enemies also heal less, making Lyra much less effective.
Skaarf: Since Skaarf’s skillshots are so slow moving, Fortress’s teamwide mobility makes it hard to land both goops and fireballs.
Skye: Same principle as Kestrel. Even if Fortress bodyblocks, he will hurt a lot. Just be careful for the pack wolves which can absorb a heavy amount of ability damage. But since Skye has such high base attack speed, it shouldn’t be a problem to quickly clear them and start Forward Barraging again.
Glaive: Commonly played as a WP jungler, but he also has some viability in lane and, recently in VG Worlds, a CP jungler. However I will only discuss his WP path since I don’t see enough CP Glaive to comment. Glaive in general is a huge damage sink. He has one of the largest base health points in the game (but also suffers from lower base shield and armor). This means he scales well against heroes who tend to deal huge chunks of damage or build lots of piercing, but badly against sustained damage dealers or percent of max health scaling attacks (e.g. Great against Stormcrown Taka since crown does true damage and bad against heroes with aftershock).
If anything in Glaive’s kit deserves mention, it is his Afterburn. This is arguably the best reposition in the game because of its guaranteed stun and instant use. Glaive is able to jump walls blindly with it, keep enemies under turret, escape a risky fight, gap close, etc. Obviously the enemy Glaive Afterburns is hit away from him. However, there is a feature (bug?) where if Glaive is directly on top of his enemy, there is no “backwards” direction from Glaive and the enemy is stunned directly on Glaive, allowing for free basic attacks. Mastery of this technique is valuable. One surprising thing about Glaive is his playstyle versatility. Depending on how you build on him, you can either have a tanky frontliner able to last a while in fights thanks to passive lifesteal from Bloodsong or with the purchase of a tension bow first item, Glaive becomes an assassin. However, either path, he is highly dependent on energy since when his Afterburn is unavailable he’s much less threatening.
Strengths: high base health, passive lifesteal, strongest reposition in the game with Afterburn.
Weaknesses: low defense, heavy energy dependence, lack of damage late game compared to other melees
Gwen: Even though Gwen can slow enemies with Buckshot, Glaive doesn’t care. Afterburn’s incredible reposition lets Glaive instantly get to Gwen, perhaps too quickly for her to Skedaddle the stun. And because of her incredibly low base health, Glaive only needs to get in a few attacks to kill.
Lyra: When is Lyra not good against an enemy with repositioning abilities? The answer is never. While Glaive’s Afterburn is often too quick to predict, Bright Bulwark is up for 2 seconds, significantly impacting the available time Glaive has to dive in.
Reim: He is still not viable, but against a Glaive or any close-up melee hero, Reim is legendary. Several patches ago, Glaive was the entire meta and Reim was the only solid counter to him.
Ringo: Pretty simple to realize that Glaive closes the gap with Afterburn, and Ringo, with no escape, will die.
Samuel: Even though Samuel is a squishy ranged hero, he still does well against Glaive since Malice and Verdict has a longer or equal range than Afterburn, allowing Samuel to zone out Glaive. And even if Glaive dives, he must stay in Drifting Dark with Samuel where the health regen will cancel out all of Glaive’s damage.

Taka: Able to approach invisible and gap close twice, Taka is very effective against Skaarf. He is often much too fast to be able to ever be hit by a Spitifire, and can often Kaiten over a fireball every once in a while. While fireballs can hit an invisible Taka, his superior speed should make this a rare occasion.
Skye: Commonly played as a CP or WP jungler or laner. WP Skye benefits greatly from her passive ability Target Lock, which allows her to dance around more skill shots than you can count, and the fact that Forward Barrage can crit and stack items like breaking point. CP Skye’s abilities obviously all hurt a lot more, but it makes her movement more predictable since she won’t rely on basic attacking.
Because Skye can Forward Barrage and move at the same time, it makes her ideal for kiting. She can move backwards away from enemies while continually dealing damage to them, or charge forward since Target Lock gives her the move speed bonus. It is impossible to run from Skye once you’re Target Locked, so your best option is to try and pick the best fight you can. Skye suffers from very low base health but can position herself in the back of fights, away from danger, and so needs to be dived quickly.
Taka: One of the most reliable counters to Skye in the last several patches. Both Kaiten and X-Retsu place him behind his target, negating an entire Forward Barrage by Skye. Secondly, the passive speed boost Taka gets from House Kamuha helps him either stick to a kiting Skye or evade more barrages. And if you ever get low, just hide in your box and run away. Once your abilities are up, you can most likely burst down Skye if she chases.
Taka: Commonly played as a WP or CP jungler. Taka is unique in that almost all of his common builds, both WP and CP, feature a Stormcrown. He does really benefit from the extra cooldown, and this also lets him steal the enemy jungle very easily. It also synergizes well with the rest of his kit, since true damage does a surprising amount of burst. Tension-crown Taka (WP) is inherently tanky. Why? Because he will have stolen so much farm, and because this build is so cheap, Taka will often be one or two defensive items ahead of the enemy jungler. Stormcrown still makes him a force to be reckoned with, but a large amount of defense allows this normally squishy assassin to jump in, absorb every enemy ability, and then Kaku away while regenerating all that lost health while Taka’s laner goes ham on a bunch of damaged and distracted enemies. CP Taka normally builds more than just two offensive items, which makes him a real burst threat in fights. However, he’s a lot more vulnerable and can easily be blown up if the enemy team has a stun waiting. Strengths: Immense burst, high mobility Weaknesses: very very squishy Nothing left for you greedy people
Vox: Commonly played as a WP or CP laner. CP Vox is by far the most unique carry in the game, since resonance bounces end up dealing more damage than his regular basic attacks, even with an alternating current - it is smart to attack the enemy you don’t want to die first. What this also means is that a smart enemy team will space out and only send one hero to fight Vox at a time, practically nullifying all the potential damage he might do. CP Vox is not countered so much by specific heroes but by playstyle and spacing. WP Vox does tons of damage to a single target. In this case, he doesn’t care at all about resonance bounces but instead uses Sonic Zoom and Pulse to kite or chase down fleeing enemies. He can be very difficult to lock down and the most popular build, Breaking point Monocle Monocle, does scary damage late game. Heroes able to avoid Vox’s Pulse, and thus eliminate the damage he might do with the two attacks thrown out by Sonic Zoom, do the best against him.

And now, at the end, some shameless advertising! Thanks for even taking the time to read this whole darn thing. If you found this helpful, awesome. Give it an upvote so more people can see (on whatever site you found it too). If you’re interested in joining a guild, add me on Vainglory (IGN: emuthenerd), Einzbern, or Vach to do so.

If you didn’t like this guide, I hope you at least enjoy a picture of this kitten. 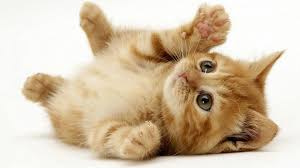