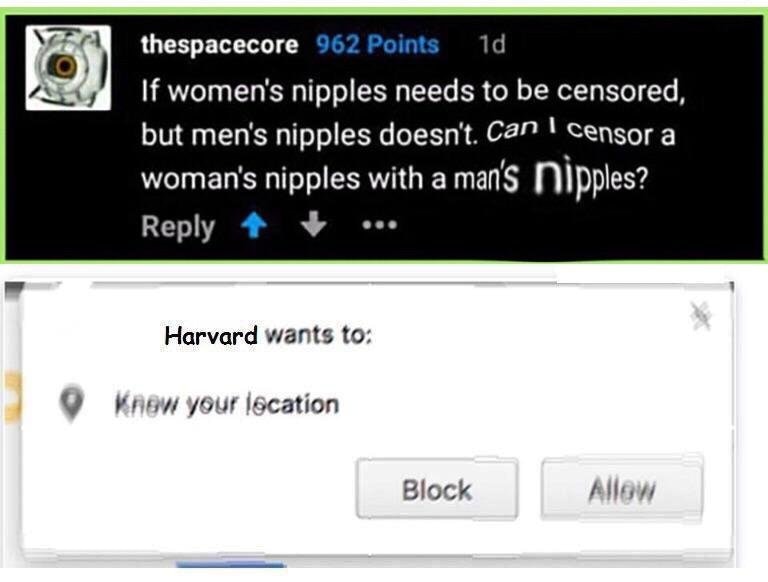 So… Stumbled upon this on reddit.
And actually started contemplating, why indeed is it so that the female nipple is censored?
Considering that some are indistinguishable from the male counterpart.

So hence, I came to the hypothesis. Maybe it’s the breast?
But then referring to common social media platforms such as Facebook,
you can show as much boob as you want, as long as it isn’t a nipple.

Now when thinking about how progressive society has been in the last decades and how things are changing more rapid than ever now, I predict that in around 25 years we’ll see some social medium online allowing nipples from both sexes.

But then again, that’s just a theory.
A LAME theory.
Thanks for watching.

Clearly this man right here has a three digit IQ.

Or you could sneak pornography into mundane images by covering male nipples with female nipples.

That’s some higher thinking I have yet to achieve

This would make a very good avatar too

You’re really tempting me to do it

I fell to the temptation

THE CORRUPTION IS CONTAGIOUS!?!?

it had to be done

it had to be done

Every day, we move further from gods light.

I spent approximately six seconds searching moose nipples - now Google is advertising some weird shit and I still don’t have a picture to contribute. Life is hard without nipples

Delete this entire thread. It must be purged.

Nice try, government worker. You can’t shut down these conspiracies 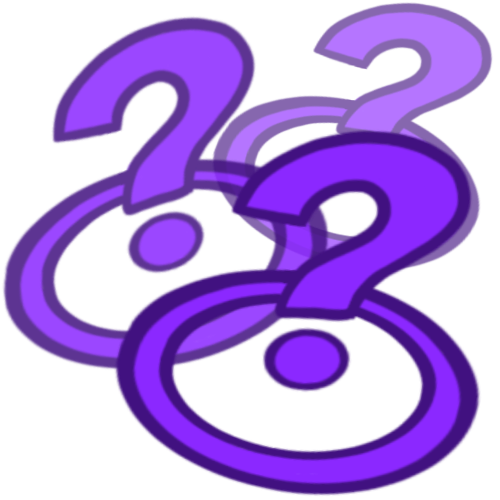