So I just hit this after 89 games this season: 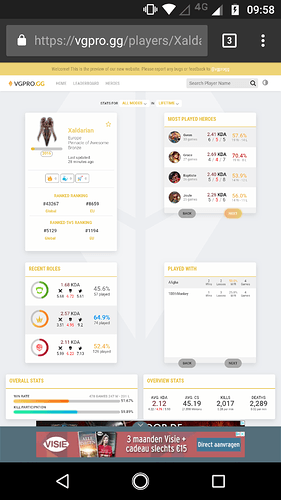 In 3v3 it is very hard to find a match and when you do you are very reliant on your allies to be competent and everyone in role locked. I haven’t moved out of hotness gold and it feels horrible to me. An outdated ui and outdated vision system.

The amount of toxicity in 3v3 to me is tenfold. I can much easier play any of the roles (except jungle) succesfully and impact the game more.

5v5 soloque even with its wonky matchmaker feels a whole lot better than 3v3.

I might be one of the few people who thinks this but I am interested in your opinions too.

It’s more like everyone is too busy dealing with their own lanes to keep track of anyone else’s.

If that results in less toxicity I will gladly take it lol.

Well 5v5 fits laners more than roamers and junglers
And i like roaming and jungling more than laning , the chance of jungling and roaming higher in 3v3 and more rewarding , but if you like laning then 5v5 good for you sure .

My captain winrate is very high in 5v5. 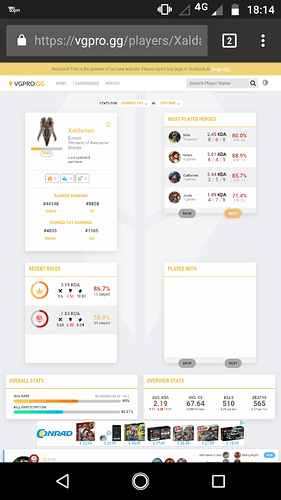 A Good Captain is a godsend in 5v5, you are pretty much the only one standing between 4 squishy carries and the entire enemy team.

Indeed it’s true. My 5v5 journey so far has been far less toxic than 3v3 before 3.0 ( i haven’t touched 3v3 at all after the update, except a couple of casuals per request ).

The reason is either because in 3v3 you have small circle of people, thus easily " flammable ", but in 5v5 things get big, you are rarely clumped with same people all the time and the overall atmosphere is busier.

So let’s say, if a guy toxic pinged you 5 times in 3v3, in 5v5 he will most likely only ping someone when he realizes his team is f-ed, aka at the end of the game.

Toxicity is my major reason to stop playing. I stopped playing 5x until 3.0…

Now its a breath of fresh air. I can be stomped in my lane and think wow this guy is good I need some help. And from time to time you actually get help. Unlike 3v3 where glaive/taka lurk in the brush waiting to lasthit the enemy who just killed you because they refused to help…

Now that you mention it, i suppose we could account the positivity to the numbers. What i mean is that in 3v3 when a player dies, things get rough. You either get pushed, jungle stoĺen, or totally annihilated. So death = more consequences in 3v3. On the other hand in 5v5, 1 laner dying is bad but not AS bad as in 3v3, because you have other routes to victory and you won’t get flamed for mistakes as often cuz they’re less impactful. You feel more… safe.

Yea. Ive had better games than 3v3 in 5v5. There aren’t AS many dcs as there would be in 3v3 when you start to lose a lane vs as soon as you lose two turrets in 3v3 in the first 15 mins, people leave. whenever i do decide to rank it normally is 5v5. Lower tiers there’s a bigger chance of people leaving than in higher tiers (or so i believe/ have heard) because people give up more easily.

My core problem for 3v3 is the singular path to victory.

You have to destroy the single lane turrets. Unless you ace the enemy team there can always be someone defending that route. Which makes your chance at pushing lane as an individual very slim.

Splitpushing is a godsend. In midgame I push up to three different lanes and take as many as 6 turrets per game without enemy being able to respond in time. Push a minion wave and port for example.

3v3 lacks control systems with which you can create win conditions.

Minion miners and the gold miner only offer gold and don’t help you.

In 5v5 there are two crystal and 2 weapon oaks. Ghostwing that grants a barrier and structure damage besides the main objective BlackClaw.

Unlike 3v3 which only has kraken that helps winning the game.

From my experience you could put in a losing streak in 5v5 more than 3v3
For the reasons you mentioned , i won the games were enemy not focused me , and lost the rest , the real problem in 5v5 is people dont know what to do , in a lot of games i played i get laners rotate and defend other lanes instead of pushing their own lane , which is dumb.

Like i prefer dealing with one lane in 3v3 preventing ace , than dealing with smart enemy split pushing and destroying everything , i have no control on people decisions , so i cant tell others to watch that lane while i watch this , most of the time you will end up with 4 people defending a lane while enemy pushing other lanes , its dumb and its a learning process , people need a lot of time to understand what stick together means and what split pushing means , they still mix things up , and you still get that player who push lanes a lone make themselves easy target and make enemy push 5v4 .

A Good Captain is a godsend in 5v5, you are pretty much the only one standing between 4 squishy carries and the entire enemy team. 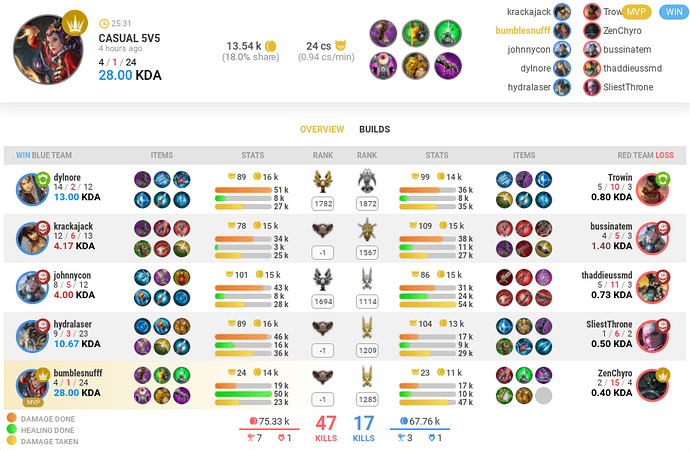 I find it better than 3v3, and as a result, I had motivation to actually climb (currently at T6 silver, compared to 3v3 where im in T4)