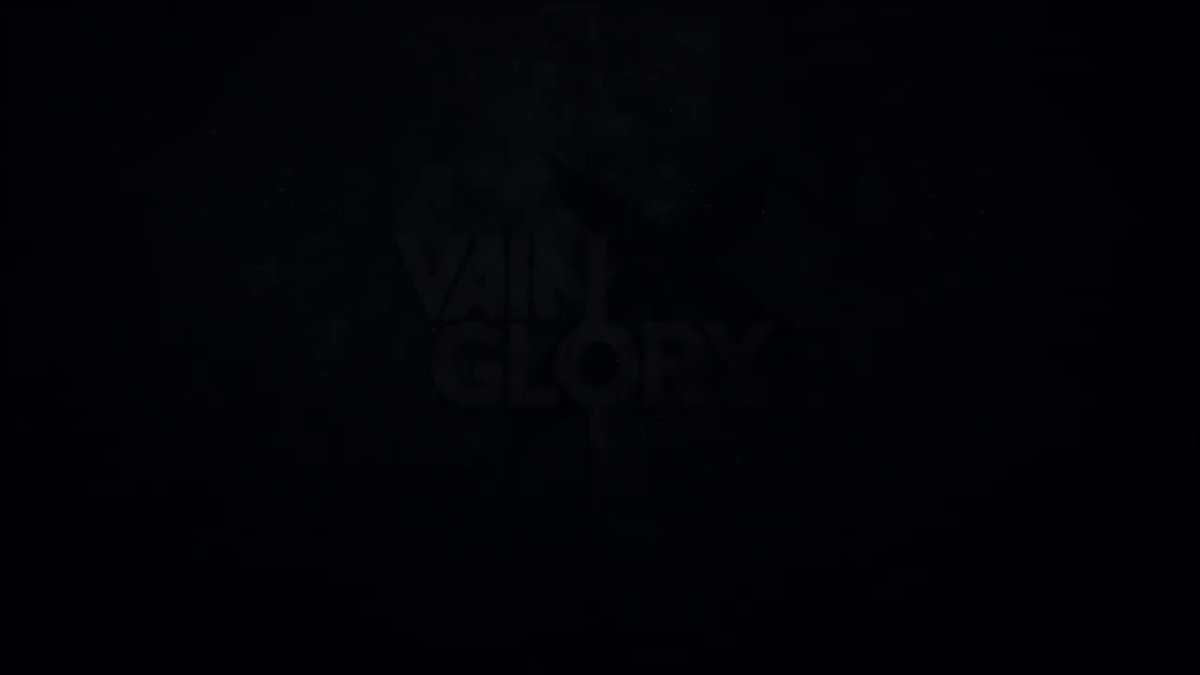 🗡The sword is mightier than the gun. 🗡 https://t.co/suPvfz6fPd

Mihos new skin is that her model is now the VG logo. Cool.

Btw unrelated, I see that we now have the option to select tags!

The amount of retweet on vainglory official twitter is pure clownery

I find it depressing, honestly. The game had so much momentum and potential in late 2016! The downhill part of the curve below came when they decided to devote all their development efforts to a game mode championed by a small but very vocal portion of the player base (pros and streamers, who SEMC mistakenly believed represented the player base as a whole) and neglect the mode upon which they’d built their success. For the next year, the base game continued to be enjoyable – in fact, what is widely considered to be the best-balanced, most polished release occurred in the fall of 2017 – but their focus was clearly on the upcoming 5v5.

There were many who tried to sound the alarm – who tried to convince SEMC that neglecting 3v3 was a mistake. There were also warning signs from the early beta testers that the game had serious problems even as it moved towards the upcoming public beta. However, SEMC was doing a good job of creating hype for the new mode, as it seemed to promise players an additional way to play the game they loved.

Disaster struck even before release: SEMC completely botched the Golden Ticket promotion, leaving many players angry and feeling cheated. Then there was the longer-than-expected delay between the hype around Worlds and the mode’s release. SEMC’s arrogance at this time was obvious to all: the CEO himself mocked Tencent for moving up the release of Arena of Valor, as though that was done to counter VG’s upcoming release of 5v5. The red flags were now flying from every rooftop in San Mateo. Anything less than a smooth rollout would be a disaster.

And, as all of us who were around at that time remember … it was a disaster: bugs galore, laughable matchmaking, horrible balance in BOTH 5v5 and 3v3, and server problems everywhere. Worse still, it took numerous releases (and months) to get the mode into something approaching the quality that 3v3 had once had-- and even then, the game looked and felt so different, it failed to appeal to a large part of the existing player base. Because 3v3 had been sacrificed on the altar of 5v5, many (if not most) of those veteran players simply left the game over the next few months, as they saw no effort being put into making 3v3 playable again. The flood of new players SEMC had counted on to grow the game either never materialized or failed to stick around – after all, AoV had just been released and provided a much less frustrating experience, and Tencent understood their audience better than SEMC did.

SEMC bet the company on 5v5 – and lost, through a combination of questionable decisions, bad timing, and appallingly poor execution. And 2 years later, this is where we are: 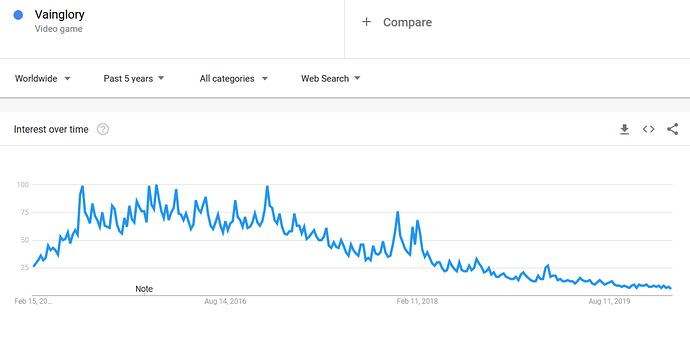 Yeah. Their biggest mistake is not listening to fans but following their greeding and neglecting 3v3.

If they continue with this “greed”. 2021 is where they are shutdown their game for good or they can keep running for 10 existing players

Honestly I don’t know if this is ‘greed’. The reduced player base is too obvious to be ignored. I believe they are aware of it but ignore for some reasons.

No game company exists to lose money or just break even: they’re all trying to make a profit. So “greed” is one of those words that always seems excessively judgmental to me (are you “greedy” if you ask for a raise at work? Or if you change jobs to get a better salary?)

There’s a critical mass of players that are needed to support any online game. VG is almost certainly very close to that threshold, which is (imo) the real reason SEMC bailed on VG. (In fact, SEMC were rumored to have been looking for a buyer for more than a year before the Rogue announcement but found little interest, apparently.)

I believe they are aware of [the reduced player base] but ignore for some reasons.

Unless Rogue are complete idiots (and they’re not), they’re not ignoring it — rather, I think they simply don’t know how to change the trajectory the game is on. 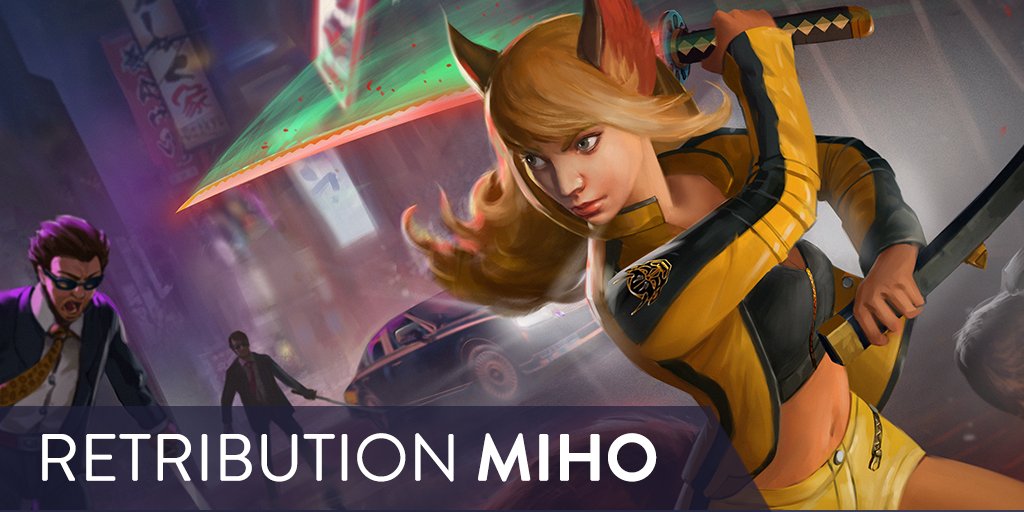 OMG, what is that face? I’ve been waiting for a Samuel skin for a year already, but if this is the best they can do, I’m thankful there isn’t one. I hope the in game is better because the splash art is… hard to describe.

Lol u caught me right in the middle of something but here it is. 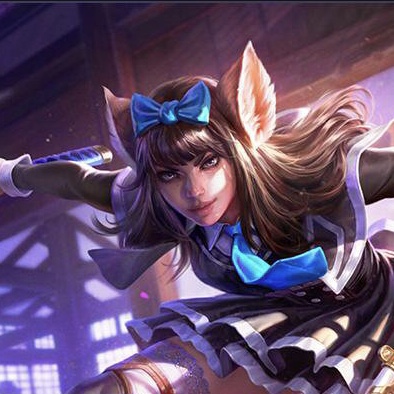 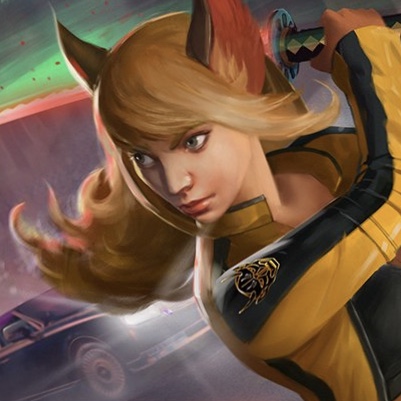 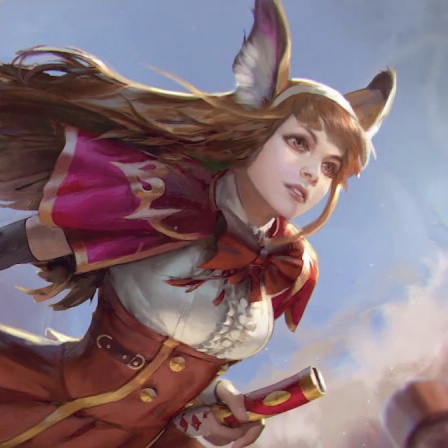 On another note, Idk how to do the image carousel.

The art is complete fine and nice. My problem lies with that it doesn’t fit in VG.

Yep, that’s the problem. Compared to the usual VG arts this one is so different, and the face is just… weird? 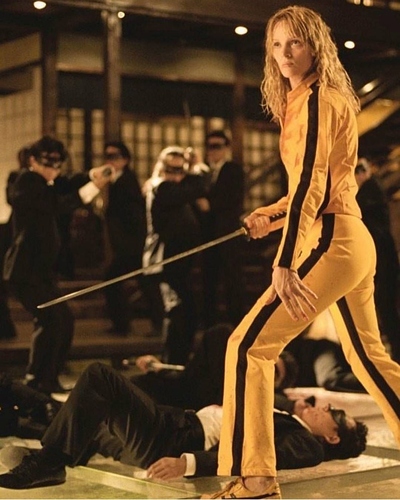 Uma Thurman says hi. They did say there would be characters from other universes

No game company exists to lose money or just break even: they’re all trying to make a profit. So “greed” is one of those words that always seems excessively judgmental to me.

Turning a profit? Yeah. But as always, this is a matter of priorities and moderation. It was a gradual change, at first, but eventually SEMC went all in on bullshit marketing strategies and thinly veiled attempts at manipulating their customers. And they kept gambling away trust and investment into their brand in the process.
Did they crank up the revenue in the short term, with their talents and loot boxes and and walking back on promises and SALES!? Sure. Did it pay off? Well, we wouldn’t be making fun of Rogue’s outsourced art department now, if it had.

I can tell you how this worked in my case. I started the game right around the release of Red Lantern Koshka, and bought that skin instantly. Was it a bit on the expensive side, as far as MTX go? Sure. But I saw a fair business model, and that compelled me to spend in order to support continued development.
The very next release was Night Shadow Taka. And man, did I like that skin. Taka was one of my favourite heroes, at the time. But instead of letting me buy the skin, they held an event that had you come up short on cards, and was designed specifically to exploit loss aversion tendencies. And, in my case, buying the missing cards would have added up to more or less the same I paid for the previous skin. The “event” was not even a discount, just a cheap psychological ploy.
And that’s when I shredded the cards for essence, and turned free-loader until further notice. And sure enough, marketing spiralled way out of control, and I never felt compelled to buy another skin. I kept playing, but instead of a paying customer, they’d gained a disgruntled and vocal critic.

The worst part of it all is that none of this was required. A lot of people, you among them, provided copious feedback on what they’d like to spend additional money on, and what kind of UI and community features would draw in new players and increase player retention. Instead, it was marketing 1.0, with predictable results. Like, we literally predicted what was going to happen, and wrote step by step instructions on how to do it better.

So, yeah… I don’t think it is overly judgmental to paint greed in a negative light, when mutually beneficial customer relationships and more modest revenue goals mean less short-term profits, but ultimately better outcomes for everyone.

Thanks, I hate it.

Funny how the game is such in a horrible state that every unrelated thread turns into a recap and discussion about how SMEC managed to ruin it so easily.

So on topic; I like the concept, I like Kill Bill and I kinda had the desire to be able to play something referencing it for a while, besides Valentine from Skullgirls.
Though I haven’t seen the model and I’m not interested to play vg anymore, so all I can say is that the concept is cool and the artwork looks nice.

Btw, speaking of Kill Bill references, there’s this smol and cheap game called Akane. I wouldn’t say it’s a Roguelike cause there’s no exploration there, but it has the style of an arcade game and it’s really fun imo.
Game is a clear reference to Kill Bill and the artwork is great, love the pixel art and the soundtrack fits the action very well. Although it lacks the enemy and stage variety from bigger games, I think it has just enough to be worth it and have y’all playing it often for fun and chill gaming sessions.

This sums it up in a perfect way. We can say it with more words, but the conclusion is the same.
Really sad and example how you should not handle your game.

Unless Rogue are complete idiots (and they’re not), they’re not ignoring it — rather, I think they simply don’t know how to change the trajectory the game is on.

Most likely even including risky money investment (devs, artists, infrastructure, marketing, etc), they hardly see a way how it can pay out and change the trajectory.

Especially with the soon release of league for mobile… they are not stupid, I am sure they are very aware of that and where AOV/ML currently sits - both massively developed over the last few years (gameplay, out of game experience, visuals and whatnot). My point is that even with a lot of money into the VG direction, it will most likely fail to make a significant and long term impact.

So much this… VG was the first mobile game I spend a penny on and I spend a lot. It was different, it was not a cheap tactics money grab and was so polished, having so bright future that I really waned to support them and I felt the money I spend - a good investment. Sadly the direction changed big time even prior 5vs5 release and totally with the release. I never ever felt compelled to spend again on the game, especially after the last nail in the coffin - the “golden scam”.

But my hot take is pretty much the same from the first teaser.

I hope it’s not another stupid rare skin. It seems the only thing ringo gets. Having another skin with animation changes would be cool, specially considering the last one was like 4 years ago.