They partner with nCore, an India game publishing company. Seems like they want to expand VG to the Asian market since content creators in India and asian countries like Vietnam still hosting community gatherings and players are still very active, as you can see on Vainglory Game fb page. So expect more asians themed skins, whether you like it or not

Also in app store reviews are region based. One should check the reviews on the web, iirc there it shows all if not logged in (incognito). In the app itself it shows only the ones from your country.

As for the new team, seriously - no matter the legacy, it’s tons better to have a team that want to improve the game and accomplish something, elbeit not that skilled, vs team that dropped the game (I would also argue how skilled is the current SEMC team compared to the one behind VG creation and strong period).

Counter argument - most people are still on the free 1 month trial after launch of the arcade. So no paywall right now on those reviews.

So expect more asians themed skins, whether you like it or not

Well whether I like it or not, Im not spending any money on them

Magnus was the last Wu Xing skin and I hope they expand the current themes already existing in Vg (EVOLUTION, HELLO?!?) and introduce newer ones (BattleStar BF???)

If people in other regions invest money in the game, hopefully they will release skins for different themes. But you said you plan not to…

But you said you plan not to… 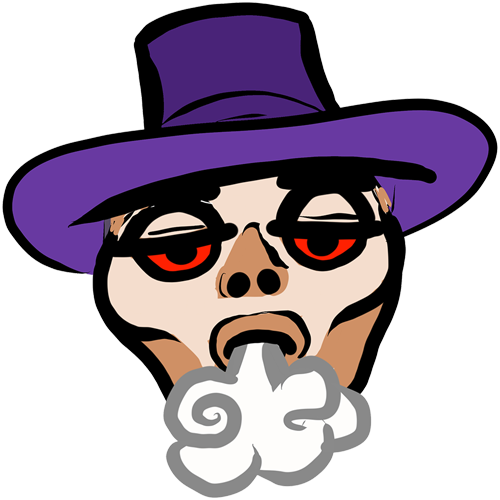 Im not going to support a game that I feel isn’t worthy. Maybe in the future that might change but as of rn, nope

Let’s hope things will change for the better, includes your wallet

So I’ve been thinking about this a bit, and I’ve realized that once again, SEMC has blown an opportunity.

Instead of announcing the handover of VG’s development to Rogue – which appropriately generated excitement in the community, which has been hungering for some positive news – then releasing yet another feeble “update” in 4.9, promptly killing off a lot of the enthusiasm generated by said announcement, what they SHOULD have done was make the announcement just prior to a major release (say, VG 5.0, or VG New Era, or VG Remastered or whatever) authored by Rogue and containing obvious bug fixes (looking at you, chat), new content, a UI revamp, etc.

THAT would have put the community in a tizzy and would have generated tons of long-lasting, positive buzz.

Instead, as @coltonJW noted above, it looks like we’ll have to wait quite a while to see the first of Rogue’s contributions, during which time the excitement from the original announcement will have long worn off.

Yeah that’s why I said there is no big updates soon , the idea of the announcement I think is to make people wait and not just leave , it could be a way to stop rapid declining now , like they planned it before 5 but released early because of something happened (I assume big drop of player base and decreasing rapidly) , I still think they handed vainglory to rogue as a second (maintenance plan) which means buying time , like rogue has a big thing called we are figuring the game out and need time to fix it , like its something understandable for the community , while if semc still in charge the community would blame them for not fixing stuff while they capable but they were spending all resources on the new game .

The heads have no concept of this kinda stuff. Fully established and non changing, lol.

I just realized that we dont have a new hero for the patch. I guess its back to the ole two patch drop.

What about new items? When was the last time we had a new one?

They where about to rework the other branches after utility and CP, sadly they didn’t. Hope for rogue to add more items + tweak some a little to make them more viable.

I am really with @hazeleyes and his opinion that the announcement was best to be made before a big update. RN people will quickly lose interest and hype with the same old little content/changes patch. Especially given that they said they work together from the summer, i.e. not like they didn’t start to get into it earlier. It’s a lot of work for the team to get to speed, it’s not that simple as some can think.

Hope they can manage to squeeze few good content/changes rich updates before lol wr hits the market. Because most of the lol PC players ended up in VG for it’s closest approach. All of those and more will quickly switch and not look back if VG is not improved by a lot. If it is, maybe dual playing is an option and ofc dedicated small stable player base.

We will see, but while I am positive as a whole, I can’t stop worry myself if it’s not too late already.

They ran out of money and were saddled with a failed product. I bet that 10 million from AH would not have happened if they did not outline plans to dump Vainglory in some way.

Oh I see. What does AH stand for btw? Is that a company’s name?