10 Reasons why you should one trick WP Grace

If you’re anything like me, you like off meta builds, dominating your enemies and doing the BIG DAMAGE. However, this isn’t always easy to achive. Some build paths like 3 SG BM CW Reza seem to backfire regularly (damn you Cath), and some build paths like DE CW BM Phinn have potential, but it’s just so hard to use…

Well, fear no more!
WP Grace is your gal!
She’s

Here’s a quick guide to winning lane with WP Grace

Now that you’ve likely won laning phase by spamming As and forcing the opponent under their turret with your harass and wave clear, you can pick up your first items. SB and Travel Boots are a must here. Travel Boots allows you to shove the lane and invade the enemy JG alongside providing extra pressure against the enemy laner, while SB does the DAMAGE.

Now that you’ve likely claimed half of the map to yourself by 10 minutes into the game, you can start roaming. Run into mid lane, A the laner, then leave. It will not only chunk a quarter of their health for free, but it will psychologically scar them and eventually lead to them never leaving the cosy comfort of their turret, even when you’re on the other side of the map. Remember than since Grace and her damage scales both with WP and CP, having both buffs is basically your god given right, and you should take your opponents buff over and over because of this.

Late game you do this

First thing to know about Grace is that she is not a captain. She is actually a WP Power Crit Assassin. This is evident from the fact that her AA combo leaves the enemies more dead than I am on the inside. The second thing you need to know is that you never build defence. After the recent defence nerfs they’re basically 100% unplayable, and Lifesteal will always bring greater results. I’m not saying that so I can justify more damage, I have a PHD, trust me.

Second thing to know is that building Attackspeed is HERESY. Those who praise the sun such as Grace know that only fools build attackspeed, and those who even touch the filthy attackspeed items in the WP tree do not have any place in the holy land. As such, your build should look something like this.

No regrets my children.

Seriously though it’s completely broken, try it out before it’s nerfed.

11 Likes
What is this blasphemy and madness (WP Grace Bot Lane)
Grace is really a strong in wp path
Play wp grace to get good grade
NishYou February 13, 2018, 3:27pm #2

Run into mid lane, A the laner, then leave.

Will definitely try this next game.

I discovered the sheer joy of playing WP Grace one game two patches ago when some random in my match locked in a second captain after I’d already picked Grace. We didn’t have a jungler, and dude went to the lane to babysit our squishy CP laner, so I just built some WP and went to town jungle. Holy cow, how fun! After a couple rounds through our jungle, I came up to the lane and killed the enemy Ringo. Then stole some of their jungle camps and basically harassed the enemy jungler into giving up the center of the map. I kept building WP, and after a bit, it was just gg … I think I had 12 or 13 kills with 1 death.

Since then, I’ve played her once in 5v5 … just as much fun, but she’s even more of a threat because of all the places to pop out and A the enemy laners. Lol 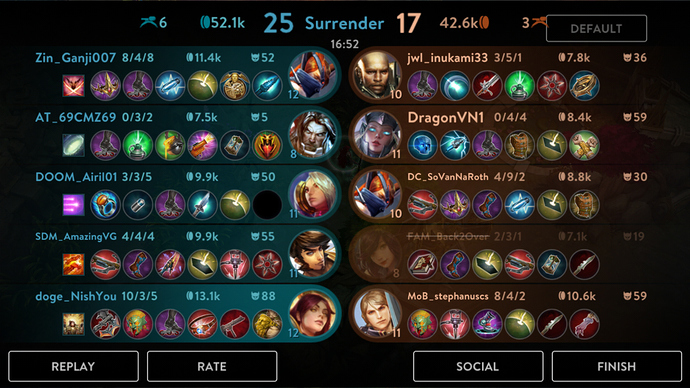 Wp grace is always good but in ranked i cant build that bcause i must babysit my allies. Lol

With just a TB.

I love Grace, and this thread brings me so much joy… I’ve been enlightened, thank you. Definitely going for WP next time.

Keep in mind though that WP Grace is a lot like WP Lance, and is primarily good into peeps like Kestrel and Celeste who are easy to burst and don’t have good DPS or Sustain. Even a Ringo has a pretty good shot at taking you out if you aren’t careful. However, the heal is pretty strong even in lategame without any relevant items.

Quickly!! I MUST ONE TRICK THIS!

tm is too powerful imo

There ain’t no room in the holy land for you buddy.

Wp grace is a very nice pick against our most sustain champ aka krul. Quite nice tbh.

Will be trying this my next game. Wish I could give you winner tho.