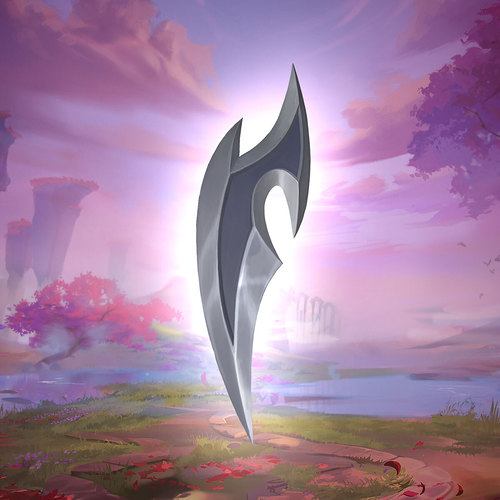 We are sharpest where we break.

Saw that this morning. Since it’s one of her blades, pretty much no doubt in my mind that she’s next to be released.

Interesting, I expect quite a heavy rework to make her enjoyable in WR as if it’s 1:1 PC paste I can’t see her work with a joystick controls. 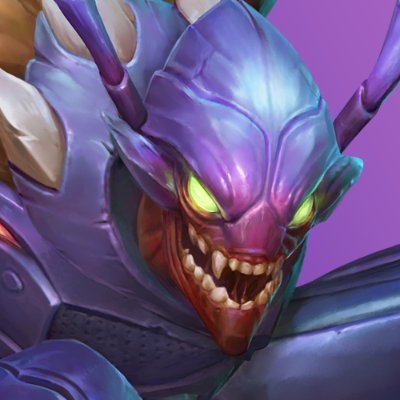 SNEAK PEEK: Irelia, the Blade Dancer, cuts a path to Wild Rift in Patch 2.3. Find out more in the Patch 2.3 /dev diary at the end of May. https://t.co/dJlxmkINGd

We will see, looks cool. @hazeleyes don’t be shy, share some impressions about the game. From what I can tell you are still mainly playing PC league (and nothing bad in that, great game and more depth vs WR for sure + PC >> mobile

). Do you play WR from time to time or you are focusing on PC league exclusively?

This is interesting topic btw, for those who got a PC + are prepared to invest more time per game - WR is too similar to play both, except ofc casual WR when on the go/vacations before sleeping, etc.

@hazeleyes don’t be shy, share some impressions about the game. From what I can tell you are still mainly playing PC league (and nothing bad in that, great game and more depth vs WR for sure + PC >> mobile

). Do you play WR from time to time or you are focusing on PC league exclusively?

Tbh, I haven’t played WR since the first week I downloaded it: many of the champs I play are missing, and I feel too invested in PC League to spend much of my (very limited) free time getting good at WR. That said, I did find WR very fun – it’s certainly better than either AoV or MLBB. No doubt I’ll give it another chance at some point; I can see it being fun to play when I start traveling again and don’t have my gaming PC available to play League.

When I started playing WR, I felt like I was far behind in terms of events and loot, since NA was so late in getting the game. It also turned out that the content of the many events that occurred before the NA release was actually only available via RNG or for purchase, which was a major turnoff for someone like me, who likes to earn all possible rewards in any event.

I think that was a tremendous mistake by Riot, and I still don’t understand why they launched the game the way they did. I feel certain that it turned off some players in the Americas and in other regions who got the game long after all those interesting events were already over.

Yeah, I kinda felt the same when they released the game back in December in my region, especially when they forgot half the Europe countries exists (I am still sure that it was on purpose for a slower release and they decided what EU countries will get it earlier). Still, as I didn’t invest that much time/money into PC league - kinda hooked on WR and enjoying it even if there is still room for improvements. Otherwise they give a lot via events like on PC, but in WR the time needed invested to get all that you can from events is quite a lot less vs PC (not a bad thing, I feel it’s more balanced).

Had few events and in most - free emotes, heroes, baubles, icons, etc.

Also yep - if you travel a lot you I can see you playing more WR as it will scratch that League itch without taking a powerful laptop + mouse to play (tho that is also an option for the hotel room).

I also feel a lot of people just didn’t feel like buying all the stuff, basically, again. Even with the good amount of heroes/skins given by them for having PC account and spending there - it will never reach equilibrium when someone spend a lot in PC. Also once you got used to PC controls - PC league is just a superior game overall with more depth, firm hero control, a lot bigger heroes and items pool to choose from. I mean, there is a lot going on PC league to just switch to WR.

I can even include the health factor and argue that it’s better to sit on a chair/desk with a monitor infront of you at some distance vs sitting in generally not good posture looking at a phone’s screen at short distance. Both games if dedicated will take a lot of time - sitting on the chair/desk is a lot lot better for your health. Worth mentioning as it’s frequently disregarded as a whole and I feel it’s one of the dark sides of mobile gaming vs PC gaming (and I will even argue that PC gaming is also better for health vs console as you start to make weird postures on the couch with the gamepad in hands. You can’t really do that on PC with a decent chair = you will take a break if you start to feel uncomfortable. Still, extensive mobile gaming is by far the worst imho).

League is a far deeper game, no doubt. But WR isn’t meant to be a duplicate of League – even though it feels familiar, it’s really a different game.

The devs already talked about how they want to keep the Mobile port more lighter in mechanics than PC, however we already got more confirmation that we’re getting new Runes and Elemental Maps (though this one might take a while since its a huge mechanic).

They stated that few months back and it’s not “maybe”, it is “we will surely do it”

I expect them to drop the “easier” part as it didn’t work at all anyway and start to add complexity vs gameplay mechanics, runes + items. Naturally it will not be ever as complex as PC, but they will make it more interesting + specially the elemental map I feel will also attract casual players that will get the “cool” factor from the map changing and on their level even if they don’t fully utilise it, they will still WOW how the map changes and how cool that is.

I am wondering if they will bring crossplay between mobile na consoles and how fair it will be? Hmmm (there are rumours about Q4 2021 release on consoles).