Why is Reim still considered bad? 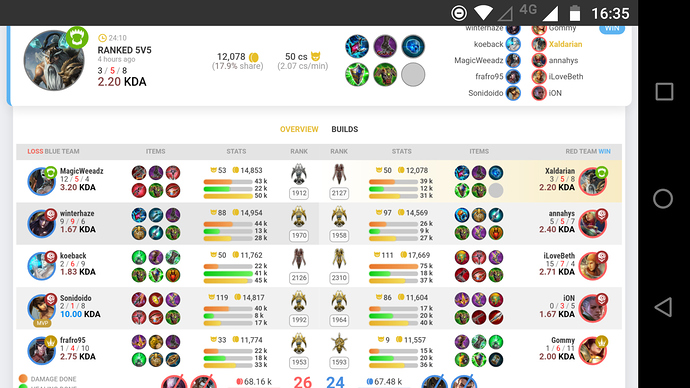 So far I have won 5/8 ranked 5v5 games with Reim in top lane or jungle.

He offers the best aoe CC in the game with decent range and good damage.

He can tank a lot of damage too…

I don’t think many people have played him since the update, I bet it’s what people have been thinking from previous patches. I haven’t heard much from Reim lately at all.

Because in 3v3 he still not good, and in 5v5 is too vulnerable to CC (and with the 3-supports-strategy the game is full of CC, so he can’t reach the carries. His damage output is not high and his CC is not the best, so there is no reason to pick him over other heroes

He has two slows a root and a stun… How is his cc not the best?

Being unreliable. The for the stun his ult it’s very easy to block or even dodge, for the slow he has to be on melee range, which in this meta is not very good thanks to all the cc, and the root has small range.

His root has 1.4 sec duration? I mean, most carries now has better CC, and Reim’s CC is not enough to keep on top of those carries / mages.

Compare to the newer heroes, Reim doesn’t have the mobility or crowd control that all others have. There’s nothing special about him in my opinion. Glaive has a better close range burst, Krul is way more durable and mobile, Celeste has a better poke range. It’s like jack of all trades, master of none. 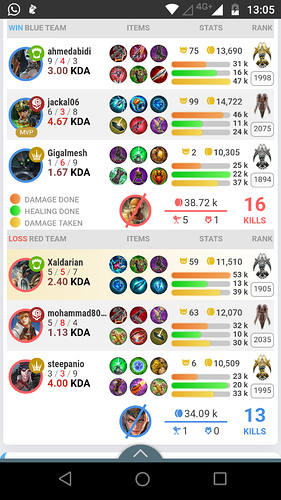 I have no issues with Reim in whatever mode I am in.
It was pretty obvious why we lost this match…

Against an alpha you counter hard, a team with no crucible…

Wp alpha is strong and defeat reim early , late game she can’t do anything to reim , I think he lost because of churn and idris , churn is super annoying to reim because he can pull him and make his team kite him , I think if he built dragon eye he could benefit more because churn is free stacks , and I would go double defense instead of husk.

Reim is not played because other heroes outshine him , but me and others play him and win , what people say about him is true , and honestly reim is one of the heroes that people know how to exactly play against him , outplaying people is always a challenge for me because I see smarter enemies from game to game , they don’t let you even get close , and most of them run from you when they see the fortified health , so reim need to be away for a bit until people forget how to play against him .

Then you win because you outplayed the enemy, not because he is good.

I think I can win any game as reim if my carry good , because reim can act like a second roam , but like a lot of my reim games , I usually carry the game by snowballing and keep pushing , I invade and I take the first turret so we could control the map and I can do something .

Drafting with reim is confusing for a lot players , like I can tell you that reim could work in a double cp carries 3v3 , but you barely see anyone playing reim and super rare seeing reim in double cp team , I personally tried to force double cp in my team but people refuse doing double anything , reim Skye , reim Celeste , reim Samuel , reim varya , reim cp vox .

Too easy to counter double CP. the idea behind having a CO and a WP hero is to to force the enemy to sacrifice damage for defense… or make them asume that their lack of defense can result in kills

That was right probably in the old days , but since semc buffed defense to prevent tank carries meta , the double cp and double wp got indirectly buffed , double cp especially very strong in 3v3 .

no… by buffing the defense, they create tank carries. At least in my ello, facing a double CP (specially with reim) comp is almost free win

Yes, and reim… well… I have no trouble dealing with him, so is really easy to beat

Specially when there is so much MW available.

Watch any double cp game then see if it’s viable or not
I was exactly like you and would say exactly the same like you said in your comments , but seeing people going double cp changed my mind , too much damage even building triple fountains not going to help , the damage in the game way stronger than defense especially late game , so reim could build eve and broken myth and act as a cc tank , while the cp carry do the damage with full cp glass cannon build .